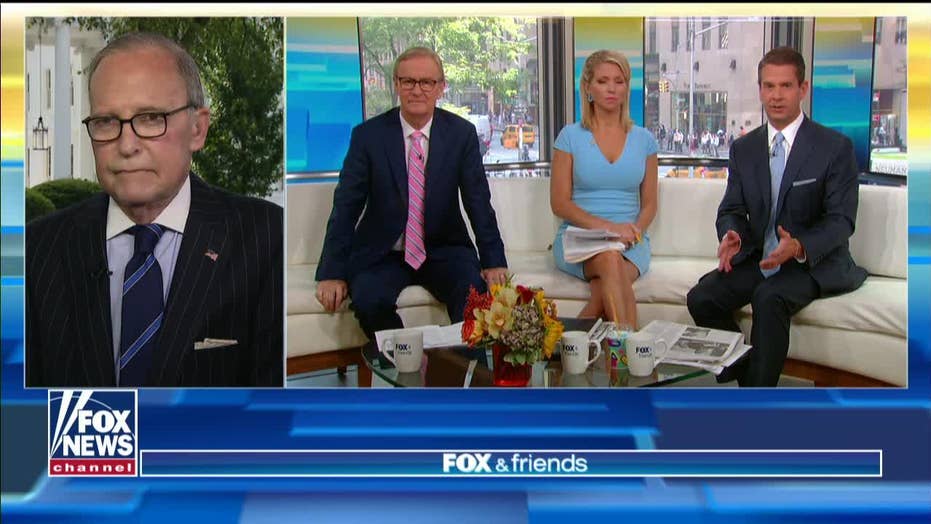 Speaking on "Fox & Friends," the National Economic Council director pointed out that it was Ocasio-Cortez that asked Powell about the Phillips Curve, which theorizes that as the unemployment rate falls, wages rise and thus, inflation accelerates.

Ocasio-Cortez stated to Powell that the theory "is no longer describing what is happening in today's economy," and the chairman agreed.

"It was Ms. AOC who asked him about the Phillips Curve. Why is rising growth and employment and low unemployment bad? Why does that cause inflation and higher interest rates? And Jay Powell said, 'Well you're right. That thing hasn't worked in decades.' Now, I got to give her high marks for that. She got that out of the chairman," Kudlow said.

"By the way, that is my position," Kudlow continued. "That has been the president's position. Strong growth doesn't cause higher inflation and interest rates. It looks like the Fed is going to cut their rates."

Kudlow said "nobody in life is all good or all bad" and proposed a meeting with Ocasio-Cortez to discuss the benefits of supply-side economics.

"I've got to give hats off to Ms. AOC. She kind of nailed that," he concluded.

Kudlow then went on to agree with an assessment in the New York Times that the Fed should lower interest rates. He said a "booming" jobs report came out Friday and it's part of a "powerful prosperity cycle because of pro-growth policies on taxes, regulations, trade reform, energy and so forth."

"There is no stopping it," he said, adding that blue-collar workers are benefiting from the boom and he believes the Phillips Curve theory belongs in a "crypt."

Powell said on Wednesday during congressional testimony that the stronger-than-expected June employment report will not change his thinking on the economy or interest rates.