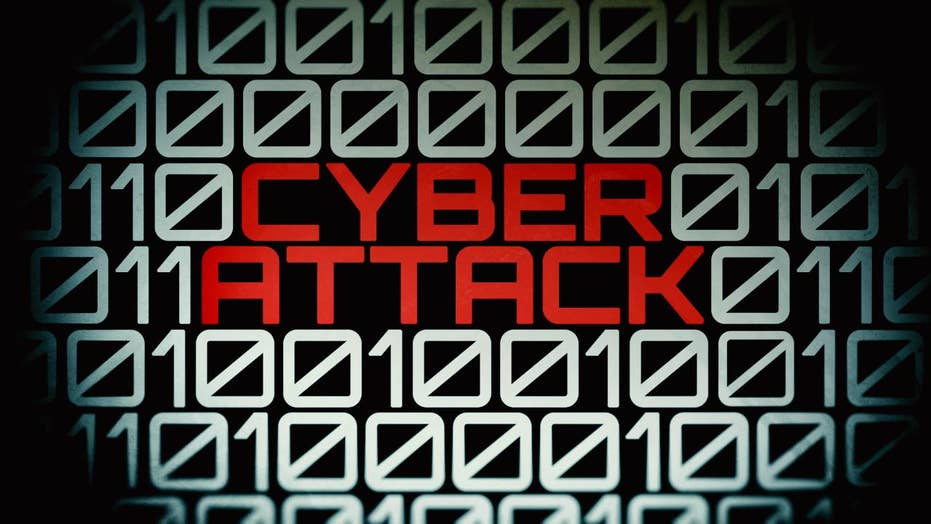 US officials warn that cyberattacks are outpacing terror threat

The Trump administration has dramatically scaled up funding for intelligence operations, including espionage activities aimed at Russia, China and North Korea, documents released Tuesday by the Defense Department and the director of national intelligence show.

The numbers underscored President Trump's aggressive approach to information warfare, which has seen the Pentagon unveil a new cybersecurity strategy and the Justice Department launch a Cyber-Digital Task Force while pursuing a comprehensive crackdown on leakers.

The U.S. spent $81.5 billion on civilian and military intelligence operations in the most recent fiscal year, an 11.6 percent boost from the previous year, figures show. And $59.4 billion went to the National Intelligence Program, which encompasses the CIA, the NSA and divisions of the FBI -- an increase of roughly $5 billion from last year.

While the DNI is legally obligated each year to provide those high-level totals, national security concerns preclude officials from discussing more agency-specific data. But the information was suggestive of the heightened investments in cyberwarfare by major U.S. adversaries.

For Trump, who was derided during the 2016 presidential campaign for arguing that Chinese espionage posed as significant a threat as Russian hackers, and again the next year when he proposed forming an "impenetrable Cyber Security Unit" with Russian President Vladimir Putin, the spending reflected his long-held concern about a variety of potential threats.

In September, The Wall Street Journal reported that Trump had taken the dramatic step of rolling back classified Obama-era regulations that had made it harder for U.S. agencies to launch cyberattacks of their own on foreign entities. The paper quoted a top U.S. official describing the move as an "offensive step forward," although some observers raised concerns that inadvisable cyberactivities, potentially including some domestic operations, could result. 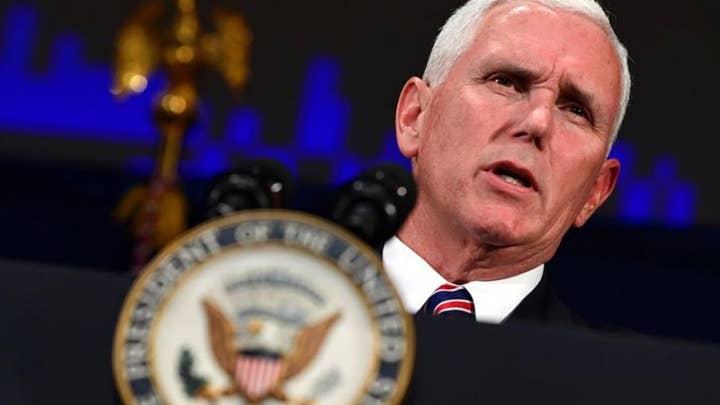 "Every day, malicious cyberactors infiltrate computers and accounts of individual citizens, businesses, the military and all levels of government," Deputy Attorney General Rod Rosenstein said at the Aspen Security Forum in July. "The Russian effort to influence the 2016 presidential election is just one tree in a growing forest. Focusing merely on a single election misses the point."

Also speaking at the Aspen forum, Director of National Intelligence Dan Coats echoed Rosenstein and offered a window into the kinds of threats the U.S. increasingly faces.

"We're now learning about the dark side, and it's pretty ugly," Coats said. "What we see every day, against our institutions, against our military, against our financial services, against our critical infrastructure -- stretching from those who have major capabilities of doing this, starting with Russia, including China. ... Add Iran into that, add ISIS into that." 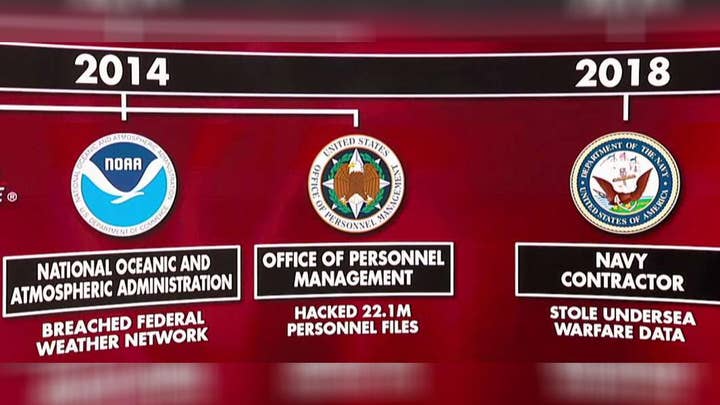 He added: "I'm concerned about a cyber-9/11. Let's say you shut down Wall Street for a week. What does that do to the world's markets and people's investments? ... What about an attack on the electric grid in New England in January, that's sophisticated to take it out for three days. How many people will die?"

In August, it was reported that a Chinese state-owned company had hacked former Secretary of State Hillary Clinton's email server, prompting Trump to call for an immediate investigation.

And North Korea remains largely isolated by U.S. sanctions despite ongoing denuclearization negotiations between Washington and Pyongyang. In September, a North Korean computer programmer tied to the country’s “malign cyberactivities” was charged by the DOJ for the 2014 hack against Sony Pictures Entertainment that resulted in the disclosure of tens of thousands of leaked emails and other materials.

The regime brought down a Seoul-based cryptocurrency exchange late last year, and reportedly has a well-developed hacker army that has generated tens of millions of dollars for the economically stagnant country.