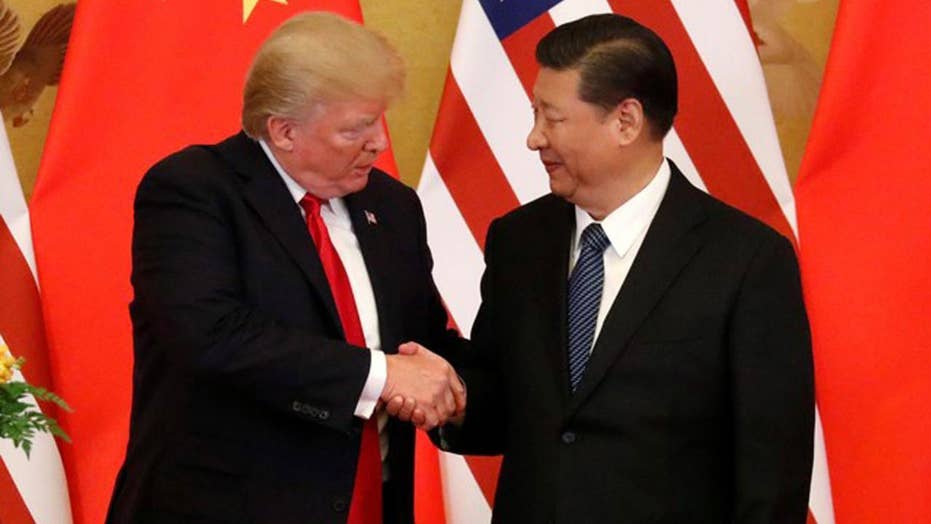 The cyber threat from China

Sen. Mike Rounds, (R-S.D.), on the cyber threat from China, the Federal Reserve and the outlook for the U.S. economy.

Deputy Attorney General Rod Rosenstein unveiled the first public report of the Department of Justice's Cyber-Digital Task Force at the Aspen Security Forum on Thursday, outlining a new policy for responding to foreign influence operations ahead of the midterm elections in November.

The task force, established by Attorney General Jeff Sessions in February, also focused on other cyberthreats facing the U.S., including attacks on infrastructure and privacy.

"Every day, malicious cyberactors infiltrate computers and accounts of individual citizens, businesses, the military and all levels of government," Rosenstein said Thursday.

But, he added, "the Russian effort to influence the 2016 presidential election is just one tree in a growing forest. Focusing merely on a single election misses the point."

The report comes just three days after President Trump's meeting with Russian President Vladimir Putin in Helsinki, Finland, on Monday -- a summit that drew bipartisan criticism when the president appeared to equivocate on whether he was certain that Russian agents had tried to meddle in the 2016 election.

Speaking on Fox News' "Hannity" on Wednesday, House Intelligence Committee Chairman Devin Nunes suggested that the DOJ wants Republicans to lose the House in the midterm elections to take the heat off their oversight probe -- and that the agency strategically times its actions to disrupt the administration.

"Every time something happens on one side where we find out a new revelation about what appears to be real problems in the FBI and DOJ with this investigation, all of a sudden, they drop an indictment," Nunes charged.

The DOJ's new guidelines for responding to attempts to meddle in elections by foreign actors, spelled out in the new report, call for public disclosure of detected meddling in limited circumstances. 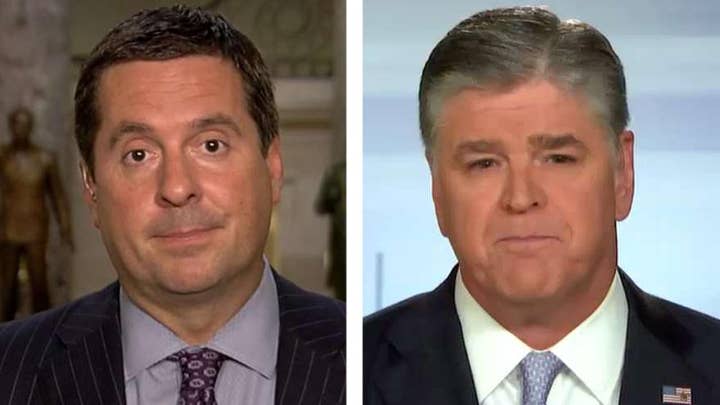 "Foreign influence operations will be publicly identified as such only when the department can attribute those activities to a foreign government with high confidence," the task force's report reads. "Disinformation or other support or influence by unknown or domestic sources not acting on behalf of a foreign government is beyond the scope of this policy."

When national security or criminal probes occur in relation to an election cycle, the policy reads, "the department must also be careful to adhere to longstanding policies regarding the timing of charges or taking overt investigative steps."

"If this disclosure requirement had been around in 2016, I firmly believe that it would have served as a meaningful deterrent after Russia’s interference was first discovered, and would have informed voters more quickly and more forcefully that a foreign government was trying to affect their vote," Schiff said.

In addition to the new election meddling policy, the DOJ task force prescribes ways to confront other cyberthreats, including attacks on critical infrastructure like power grids.

WATCH: SHOULD TRUMP AND PUTIN WORK TOGETHER ON CYBER-SECURITY?

"The department encourages key organizations, particularly critical infrastructure owners and operators, to identify and form relationships with personnel in their local FBI field office, including through the partnerships detailed above, before an incident occurs," the report reads.

Earlier in the day at the Aspen forum, Director of National Intelligence Dan Coats warned attendees of a 'cyber-911' and speculated that attacks on the power grid, or on major banks and Wall Street, could cripple the country.

Rosenstein told attendees at the Aspen forum that the DOJ's work is part of a continuing mission.

"Our adversaries will never relent in their efforts to undermine America, so we must remain eternally vigilant in the defense of liberty, and the pursuit of justice," he said.

Rosenstein took no questions after his speech -- a break from normal protocol at the Aspen forum.