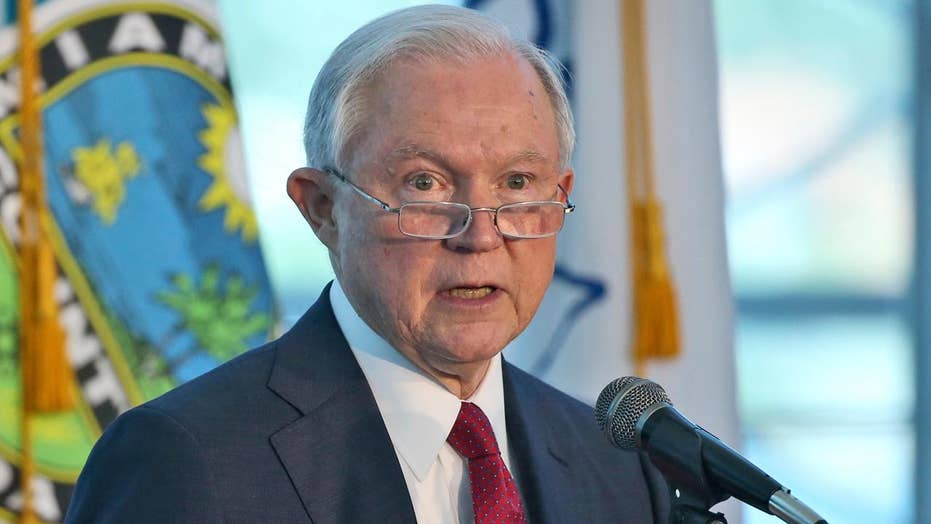 Panel takes on the heated issue

The Trump Justice Department is ending an Obama-era program that had attempted to cut off credit to shady businesses but came under fire from Republicans for unfairly targeting gun dealers and other legitimate operations.

Just days after top House Republicans had pressed Attorney General Jeff Sessions to shutter Operation Choke Point, the department confirmed in a response letter that the program is dead.

“All of the Department’s bank investigations conducted as part of Operation Chokepoint are now over, the initiative is no longer in effect, and it will not be undertaken again,” Assistant Attorney General Stephen Boyd said in the Aug. 16-dated letter, calling it a “misguided initiative” from the prior administration.

House Judiciary Committee Chairman Bob Goodlatte, R-Va., and the other GOP lawmakers had written to the DOJ last week asking the administration to formally “repudiate” the program’s guidelines.

Goodlatte and others behind the letter applauded the reversal Friday, saying in a statement: “The Obama Administration created this ill-advised program to suffocate legitimate businesses to which it was ideologically opposed by intimidating financial institutions into denying banking services to those businesses. … By ending Operation Choke Point, the Trump Justice Department has restored the Department’s responsibility to pursue lawbreakers, not legitimate businesses.”

The program, launched when Eric Holder was attorney general, attempted to discourage banks from offering financial services to “high risk” customers – a list that included short-term lenders and firearms dealers – but was accused of hurting legal businesses in those categories.

"Operation Choke Point was an Obama Administration initiative that destroyed legitimate businesses to which that Administration was ideologically opposed (e.g., firearms dealers) by intimidating financial institutions into denying banking services to those businesses," the GOP lawmakers wrote last week.

The lawmakers called for formal policy statements from several agencies to end such practices.

Boyd’s letter to Goodlatte and other lawmakers, obtained by Fox News, seemed to answer their call.

“We share your view that law abiding businesses should not be targeted simply for operating in an industry that a particular administration might disfavor,” Boyd wrote.

Boyd noted that the Federal Deposit Insurance Corporation earlier had rescinded its list of supposedly “high-risk” merchants, and said the Justice Department “strongly agrees with that withdrawal.”

The letter from Republican members of Congress last week said that list had hurt the ability of some businesses to borrow.

The letter also said Obama administration attorneys, over the course of six months in 2013, issued as many as 60 administrative subpoenas to banks doing business with gun-related entities including payday lenders.