President Trump's ongoing trade negotiations with China, if successful, would be the top legacy item of his presidency, according to Ari Fleischer.

Trump continues to press Chinese officials to make their markets freer and to have them help cut down on intellectual property theft, Fleischer said Wednesday on "Special Report."

"Of all of the things President Trump has taken on, this is the most long-lasting, most consequential thing he's doing," the ex-White House press secretary to former President George W. Bush claimed.

"If he can get China to finally behave like other nations around the world and follow the rules of law and not cheat and not steal from American businesses, in order to do business in China, it will have a dramatic long-term impact on the American people and our economy and be good for the rule of law around the world."

Fleischer said he believed the president is the first in recent memory to use tariffs as a cudgel to level the playing field in regard to trade.

"His willingness to do things that no other politicians would - use tariffs as a way to bring China to the table and get leverage - I've got to salute him for this," he said. 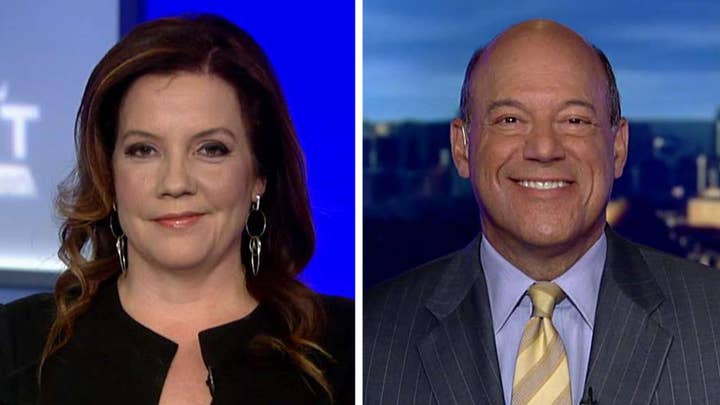 "Economists will tell you don't do it, it's a mistake. He might prove everybody wrong on this one. And so far so good."

Trump spoke on the subject during remarks earlier Wednesday at a joint press conference with Polish President Andrzej Duda.

"We had China opened up to trade, and that's a big thing, they've never done that before," the New York Republican said.

"We had intellectual property theft taken care of, and all of a sudden those things started to disappear at the end after they were fully negotiated - and I think we will end up making a deal with China."