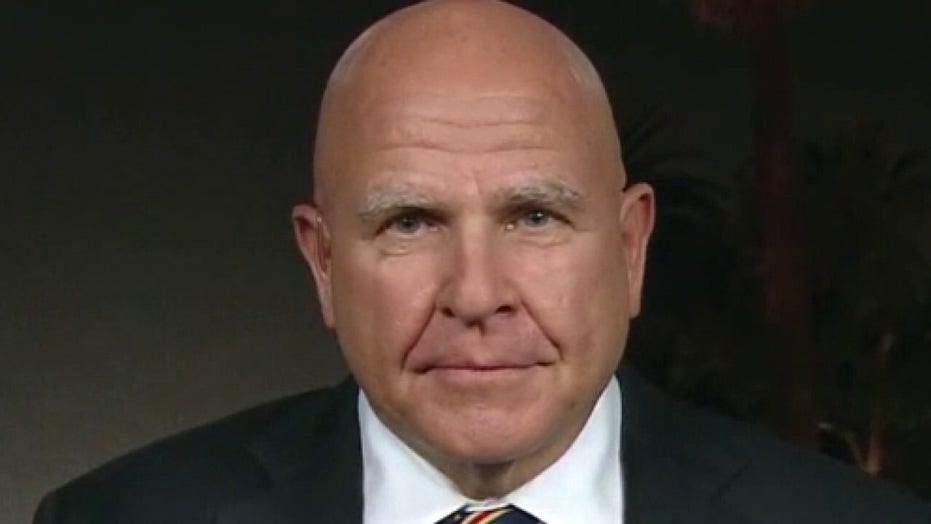 "He got it right," McMaster, author of the new book "Battlegrounds: The Fight to Defend the Free World," told host Lisa Brady. "I mean, I think it was the most significant shift in U.S. foreign policy at least since the end of the Cold War."

The Beijing government has drawn worldwide backlash for its initial response to the coronavirus outbreak in the city of Wuhan as well as its treatment of the Uighur minority group in the northwestern province of Xinjiang.

"And, that is coupled, now, with this very aggressive agenda internationally in which they're trying to export their authoritarian and mercantilist model in a way that severely disadvantages not only America, but the free world," McMaster added. "And so, it's really important, I think now, to confront the Chinese Communist Party."

AFGHANISTAN PEACE TALKS BEGIN IN QATAR, POMPEO SAYS 'WE MUST DARE TO HOPE'

When asked what foreign policy issue he believed Trump got wrong, McMaster -- who left the administration in April 2018 -- cited "the Afghanistan policy... where we seem to be partnering with the Taliban against the Afghan government. I just don't understand that."

McMaster predicted that the administration's work to bring home troops from Afghanistan would "lead to... a significant setback in our security."

"There's a similar sort of drive to just disengage... in the Middle East, as well, and I think we don't need hundreds of thousands of troops in the region," he added. "But, what we need to do is we need to support those who are bearing the brunt of those fights against jihadist terrorists, or limiting Iranian influence in the case of the Middle East.

He continued, "I just think that in some ways, the Trump administration is replicating some of the flaws in the Obama administration's approach, which is to view disengagement from your so-called 'endless wars' as an unmitigated good. It's worth pointing out your wars don't end when one side decides to leave."