President Trump’s legal team petitioned the US Supreme Court on Tuesday to consider its challenge of an earlier decision by the Wisconsin Supreme Court to dismiss its claims of irregularities in the use of absentee ballots during the 2020 presidential campaign.

Trump campaign attorney Rudy Giuliani filed the petition for a Writ of Certiorari weeks after the Wisconsin Supreme Court voted 4-3 to dismiss a Trump campaign lawsuit that sought to overturn the state’s election results. The president’s legal team asked the Supreme Court for an expedited review of the matter before Congress meets to certify the Electoral College’s vote results on Jan. 6.

"Regrettably, the Wisconsin Supreme Court, in their 4-3 decision, refused to address the merits of our claim.  This ‘Cert Petition’ asks them to address our claims, which, if allowed, would change the outcome of the election in Wisconsin," Trump campaign attorney Jim Troupis said in a statement. "Three members of the Wisconsin State Supreme Court, including the Chief Justice, agreed with many of the President’s claims in written dissents from that court’s December 14 order." 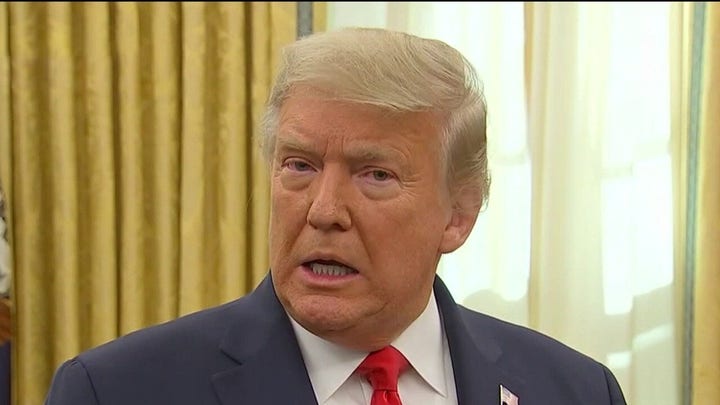 The Wisconsin Supreme Court struck down the Trump campaign’s lawsuit on Dec. 14 just hours before President-elect Joe Biden received the state’s 10 electoral votes. Trump attorneys sought to invalidate more than 221,000 ballots in Milwaukee and Dane counties, both of which are Democratic strongholds. Biden won Wisconsin by roughly 20,600 votes.

The court determined that three of the four claims included in the Trump lawsuit were filed too late in the election process to be considered. A fourth claim was determined to be without merit.

The petition notes several instances in which the Trump campaign alleges wrongdoing, including more than 28,000 votes counted from people "who failed to provide identification by abusing the state’s ‘indefinitely confined status’" and about 6,000 absentee ballots that were counted despite a purported lack of required information on their envelopes.

Trump’s legal team filed a separate petition with the Supreme Court regarding claims of fraud in the use of mail-in ballots in Pennsylvania on Dec. 20. The Supreme Court has yet to indicate whether it will hear that challenge in an expedited manner, as requested by the campaign.

The president has continued to challenge election results across several state even as the Biden team moves forward with transition proceedings. Biden is slated to be inaugurated on Jan. 20.