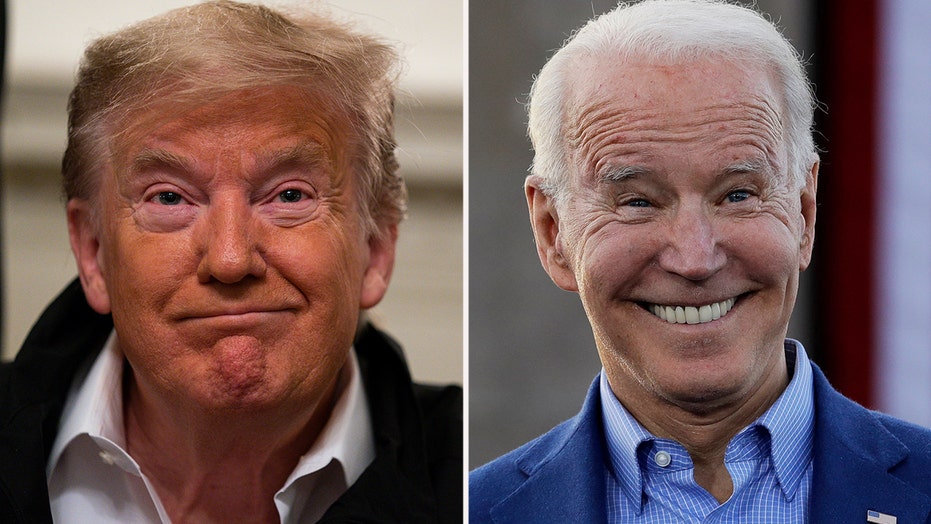 EXCLUSIVE: The Trump campaign has sent a scathing letter to Twitter's leadership after the platform took the unprecedented step of labeling one of its videos "manipulated media," saying that under the social media giant's new standard, Joe Biden's team has uploaded its own "doctored and deceptively edited" video as recently as last week.

The confrontation began this weekend when Trump communications director Dan Scavino tweeted an edited version of a Biden speech in which the former vice president appears to deliver a muddled and inadvertent endorsement of Trump. Scavino's clip, which the president later reposted, did not alter any of Biden's words, but it cut off before the conclusion of Biden's sentence at a rally in St. Louis. Conservatives called the video an obvious attempt to highlight Biden's verbal gaffes, and argued that no one would reasonably mistake it for a genuine Biden endorsement.

"Still, it appears that many people employed by Big Tech corporations in Silicon Valley are assisting the Biden campaign by instituting a special ‘Biden protection rule’ that effectively censors and silences legitimate political speech Biden’s campaign and its supporters do not like," he added in the letter, obtained by Fox News.

Glassner said he was "formally requesting that Twitter apply its new 'manipulated media' label to a doctored and deceptively edited video tweeted by the Biden campaign less than a week ago."

That was a reference to a March 3 video uploaded by the Biden campaign that contains a slew of clips that are taken out of context, and "manipulates audio and video of President Trump in order to mislead Americans and give a false impression," Glassner wrote.

The video, Glassner points out, contains two clips "spliced together to fabricate a quote and give viewers the false impression that he called the coronavirus a 'hoax,'" a claim that the non-partisan International Fact-Checking Network has previously debunked. The president in fact called Democrats' response to the coronavirus "their new hoax."

Additionally, the Biden video effectively repeats a false claim the former vice president himself made in his campaign launch video, asserting through selective editing that the president called white supremacists in Charlottesville, Va. "very fine people." That assertion, although widely made in progressive circles, is untrue; the president was referring to protesters on both sides of the issue of whether Confederate statues should be removed from public places as "very fine people."

"In fact, 49 seconds after President Trump said those words, he said, 'and I’m not talking about the neo-Nazis and the white nationalists, because they should be condemned totally,'" Glassner wrote. "As one CNN anchor said, 'he’s not saying that the neo-Nazis and white supremacists are very fine people[.]'".

"If Twitter is not seeking to protect Joe Biden, we urge it to correct its apparent oversight and apply its standards equally across the board."

Third, the Biden video contains a 2016 clip in which then-candidate Trump declares "the American Dream is dead" -- but leaves out the second part of Trump's sentence, in which he says, "but if I get elected president I will bring it back bigger and better and stronger than ever before, and we will make America great again.”

"Of course, this is not the first time the Biden campaign has used editing tricks to manipulate video and feed misinformation to the American people," Glassner wrote. "If Twitter is not seeking to protect Joe Biden, we urge it to correct its apparent oversight and apply its standards equally across the board." 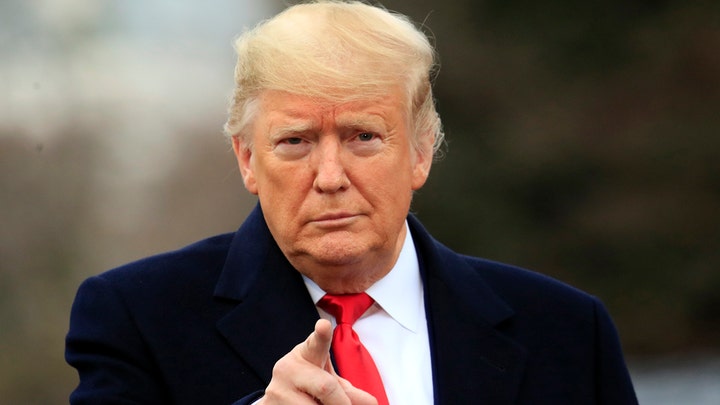 Fox News has identified several other videos posted to Biden's Twitter account that contain similar misleading clips. An October 2019 post on Biden's campaign account, for example, states that Trump "has asked foreign governments to interfere in our elections," and is accompanied by a video of a White House interview that omits Trump's full remarks.

Glassner made clear that the Trump campaign was not backing off its original video of Biden, saying the clip was "a 100 percent real, 100 percent authentic, 100 percent unedited video of Joe Biden saying, 'We cannot win this re-election. Excuse me. We can only re-elect Donald Trump[.]'"

In order for American elections to remain "free and fair," Glassner wrote, "it is critical that the Biden campaign be held to the same standard it is demanding apply to others."

In the post uploaded by Scavino, Biden seemingly endorses the president after stammering over some words.

"Turn this primary from a campaign that's about negative attacks into one about what we're for, because we cannot get -- re-elect -- we cannot win this re-election -- excuse me. We can only re-elect Donald Trump," Biden says in the edited clip. In the full speech, Biden went on to add," -- if, in fact, we get engaged in this circular firing squad here. Gotta be a positive campaign, so join us."

Twitter quickly labeled the tweet "misinformation," in the social media giant's first-ever use of its new policy, which is ostensibly designed to combat the spread of false news. The so-called Synthetic and Manipulated Media policy states that "you may not deceptively share synthetic or manipulated media that are likely to cause harm."

The policy went into effect Mar. 5 after a campaign video from Mike Bloomberg's team added crickets and a long silence when Bloomberg asked his rivals if any of them had started a business. Facebook has said that the Trump video would not meet its criteria for deceptive editing.

Currently, no misinformation flag appears on the video for some users when it is directly clicked, although a warning does appear if the video shows up in a user's feed. Twitter has said it is working to apply the warning whenever the clip is accessed.

The Biden video that the Trump campaign flagged was posted two days after Twitter's manipulated-media policy went into effect, and Twitter has previously said it won't apply its new rules retroactively.

The broader issue of Biden's potential competency issues looms large over the 2020 presidential race. Also in St. Louis, Biden bizarrely described himself as an "O'Biden Bama" Democrat, transposing his name and the name of his old boss.

"I'm all set for Bernie, communist," Trump began. "And then we have this crazy thing that happened on Tuesday, which he [Biden] thought was Thursday. But he also said 150 million people were killed with guns, and that he was running for the U.S. Senate -- there's something going on there."