Protests break out at Arizona recorders office in Maricopa County

The Trump campaign and the Republican National Committee on Saturday filed a lawsuit in Arizona alleging that Maricopa County incorrectly rejected votes cast by in-person voters on Election Day.

The lawsuit came just hours after the 2020 presidential race was called in favor of Joe Biden after he garnered enough electoral votes to thrust him past the 270 needed to win the presidency.

TRUMP WOULD COMMIT TO PEACEFUL TRANSFER OF POWER, KEEPS REFUTING RESULTS ON TWITTER

The lawsuit, filed in the Superior Court for the state of Arizona and for the County of Maricopa, alleges that numerous voters were alerted by devices in an electronic tabulation machine to a “facial irregularity” in their ballot, which they described as an “overvote,” but that they were “induced by poll workers to override the tabulator’s rejection of the ballot in the good faith belief that their vote would be duly registered and tabulated.”

“In actuality, overriding the electronic tabulator’s alert automatically disqualifies the putative ‘overvotes’ without without additional review or adjudication,” the suit claimed, adding that Arizona law requires that overvotes “be subjected to further review in an effort to discern the actual intent of the voter.”

“While this safeguard was afforded to putative overvotes cast on early ballots and on Election Day ballots that poll workers properly segregated in a separate repository, potentially thousands of voters across Maricopa County have been disenfranchised by systematic improper tabulator overrides,” the lawsuit stated.

“Upon information and belief, the adjudication and tabulation of these ballots will prove determinative of the outcome of the election for President of the United States in Arizona and/or other contested offices in Maricopa County,” the suit continued, adding that “injunctive and mandamus remedies are necessary” to secure the integrity of the election.

The lawsuit included a number of exhibits, including sworn statements by individuals detailing their experiences. 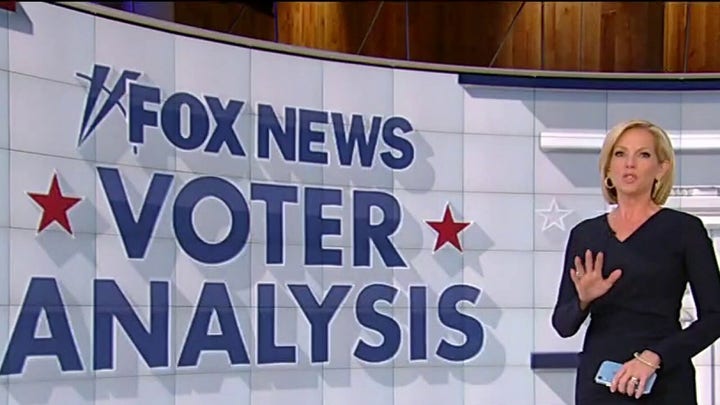 “When a machine detects an overvote on a ballot, poll workers should inform in-person voters of the error and give them an opportunity to correct the issue,” the campaign said in a statement. “Instead, poll workers in Maricopa County pressed, and told voters to press, a green button to override the error.”

“As a result, the machines disregarded the voter’s choices in the overvoted races,” it added. “The campaign has collected declarations from voters who witnessed the problem and alleges that the problem occurred on a large scale in Maricopa County.”

The campaign urged supporters to submit additional declarations at DontTouchTheGreenButton.com.

The suit comes after the Trump campaign has filed lawsuits in several battleground states where Biden led by a razor-thin margin, including Nevada, Pennsylvania, and Georgia. The campaign claimed instances of illegally counted votes from after Election Day, and that poll watchers were blocked from observing counting.

"The observers were not allowed into the counting rooms. I won the election, got 71,000 legal votes. Bad things happened which our observers were not allowed to see." Trump wrote in a tweet Saturday evening. It now has a note from Twitter that Trump's claim about election fraud is disputed. "Never happened before. Millions of mail-in ballots were sent to people who never asked for them!"

But sources close to President Trump told Fox News he plans to graciously concede and commit to a peaceful transfer of power, if the campaign's legal challenges fail to open up a path for a second term.

The Fox News Decision Desk called the race for Biden on Saturday after results in Pennsylvania and Nevada put him above the 270 electoral vote threshold necessary to clinch victory in the Electoral College.

Biden and Vice President-elect Kamala Harris have attempted to calm the public, insisting that all votes will be counted no matter how long it takes.

"It's time for America to unite. And to heal," Biden said in a statement after his win was declared.

The lawsuit comes after the Trump campaign has filed suits in several battleground states where Biden led by a razor-thin margin, including Nevada, Pennsylvania, and Georgia.