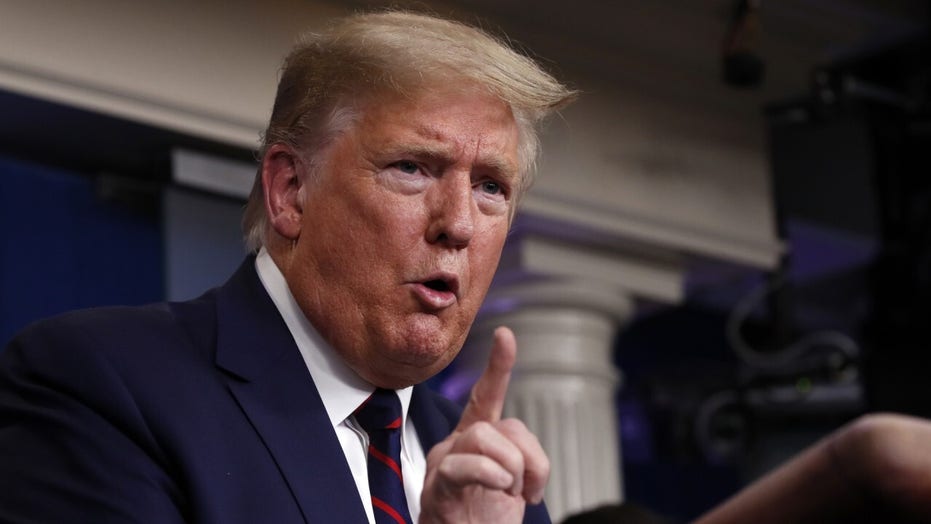 How President Trump's ideology may be key to beating coronavirus

EXCLUSIVE: The Trump campaign has been donating meals to hospitals across the country to feed doctors, nurses and first responders on the front lines of the coronavirus battle, Fox News has learned.

Since last Thursday, President Trump’s reelection campaign has been calling up local restaurants and ordering large amounts of food to be delivered to more than a dozen hospitals in New York, New Jersey, Washington state and Michigan. The campaign has been placing these orders anonymously, but Fox News learned about the effort — and sources confirmed it.

One source told Fox News that the campaign was looking to not only express gratitude for first responders treating patients with COVID-19, but to support local restaurants.

“They’re doing it as a donor who cares,” one source told Fox News. “So nothing politically is tied to it. ... We’re just trying to, you know, show a thank you.”

The source told Fox News that the campaign has already spent tens of thousands of dollars on the effort, which they plan to expand in the coming days and weeks.

Fox News confirmed that as part of the donations, an anonymous individual placed a large order at Giovanni’s Italian Deli in Secaucus, N.J., to be delivered to Hudson Regional Hospital.

“They only told us their first name,” an employee of Giovanni’s told Fox News on Thursday. “They called us, and they had us donate meals for the nurses and doctors — an assortment of things, 40 platters of pasta, salads, sandwiches.”

The employee added: “We’re happy to do it. Trust me.”

FEDS DISTRIBUTE THOUSANDS OF MASKS, OTHER SUPPLIES SEIZED FROM HOARDERS DURING CORONAVIRUS PANDEMIC

Sources told Fox News that the campaign also ordered from Nick’s Grill in Kirkland, Wash.; Chit Chat Diner in Morristown, N.J.; Turning Point of Long Branch, N.J.; and Antonio’s Trattoria in the Bronx, N.Y., among others.

The manager of Antonio’s Trattoria, in an interview with Fox News, said that a man called the restaurant Monday to have “100 individual orders” delivered to Lincoln Hospital in the Bronx.

“It was 20 penne vodkas, 20 pastas with tomato sauce, 30 chicken parmesans, and 30 house salads with grilled chicken,” the manager told Fox News. “He only gave his first name and said he wanted to remain anonymous.”

When told that it was a member of the Trump campaign supporting their business and the hospital, the manager said: “That’s awesome. That’s great. That’s really great, thank you.”

And an Instagram post from the Chit Chat Diner said: "An anonymous donation providing lunch to some hardworking staff at Hackensack Hospital this afternoon. We are so grateful. #njstrong #prayersforeveryone#wewillgetthroughthis #letsallbewell#stayhome  #stayhealthy"

The campaign plans to continue placing the orders to feed medical personnel, as the pandemic continues to strain the country's hospital system.