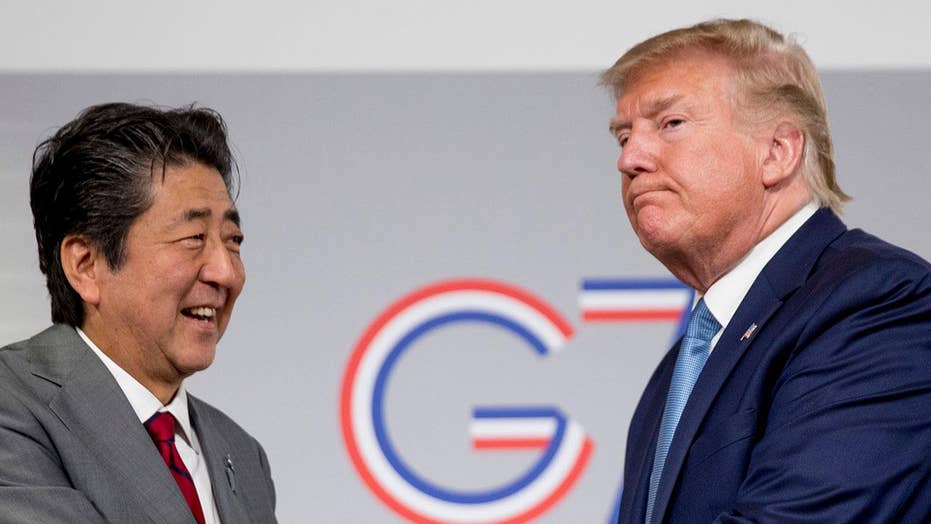 President Trump on Monday tried to shoot down a report that said he "suggested multiple times" to top officials that they should look into whether a nuclear bomb could stop a massive hurricane in its tracks.

Axios, citing unnamed sources, reported Sunday that Trump made the comments to Homeland Security and other officials. Their source paraphrased the president talking about how hurricanes form off the coast of Africa.

"As they're moving across the Atlantic, we drop a bomb inside the eye of the hurricane and it disrupts it. Why can't we do that?" he reportedly asked.

The National Oceanic and Atmospheric Administration reported that the nuclear option is a bad idea. "Apart from the fact that this might not even alter the storm, this approach neglects the problem that the released radioactive fallout would fairly quickly move with the tradewinds to affect land areas and cause devastating environmental problems," the website read.

The source said those present in the meeting were astonished. Trump reportedly inquired about the use of a nuclear bomb on more than one occasion.

Trump took to Twitter on Monday to call the report “ridiculous.”

“I never said this. Just more FAKE NEWS,” he tweeted.

A senior official appeared to defend Trump in the Axios report and said, “His goal — to keep a catastrophic hurricane from hitting the mainland — is not bad. His objective is not bad.”