President Trump reacts on 'Fox &amp; Friends' to allies of Joe Biden suggesting he should not participate in the presidential debates.

President Trump on Wednesday morning called for the first presidential debate to be moved up, citing increased mail-in and early voting that will see many ballots cast in the presidential election before the first debate is held.

"The one problem I have, the debate's very late. It's at the end of September and a lot of ballots will already be cast by that time," Trump said in a "Fox & Friends" interview. The first presidential debate is scheduled for Sept. 29 in Cleveland. 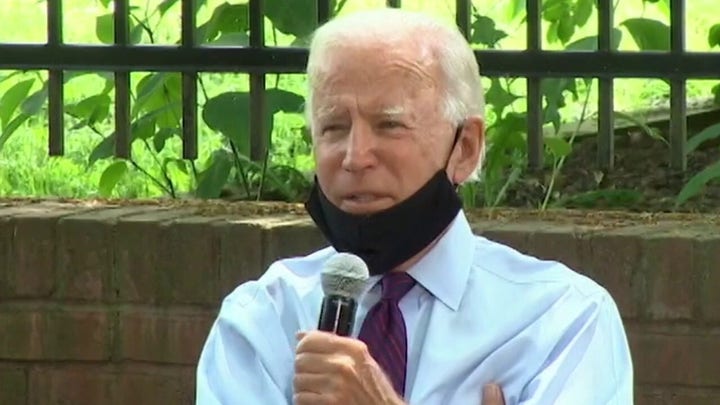 The hosts of the morning program then asked the president whether he would like more debates against presumptive Democratic presidential nominee Joe Biden. He replied that what he cares more about is that at least one be made earlier.

"I wouldn't mind more," Trump said, "what's more important to me is the first debate be moved up so that when people are putting in their first ballot they're gonna know."

Another controversy around the presidential debates has been the suggestions by some on the left that Biden not debate Trump, citing the lead the former vice president holds in many polls and the perceived advantage Trump has in such a sound-bite centered forum.

"In all fairness to him, he has not said that," Trump said of Biden. Biden's campaign has also said repeatedly that the presumptive Democratic nominee will be there for the debates.

The presidential election is set for Nov. 3.