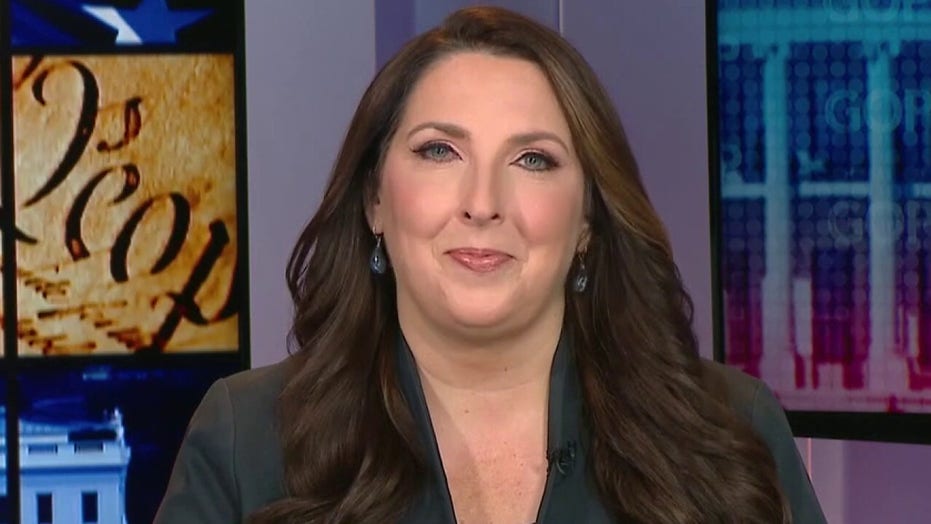 RNC Chairwoman Ronna McDaniel speaks out after the Republican convention celebrations are moved to Florida while the business portion of the event remains in North Carolina.

Two days after the Republican National Committee (RNC) moved to not update the GOP’s platform from the 2016 convention, President Trump tweeted that he prefers “a new and updated Platform.”

“The Republican Party has not yet voted on a Platform,” the president tweeted on Friday morning. “No rush. I prefer a new and updated Platform, short form, if possible.”

The RNC’s executive committee voted on Wednesday night not to make changes to the 2016 Republican convention platform. The committee also moved to dramatically scale back the 2020 convention's business aspects, which are still going to be held in Charlotte, N.C., despite the party moving a big chunk of the event elsewhere. The committee voted to limit the in-person participation in Charlotte to just 336 delegates, far fewer than the more than 2,500 who would normally attend.

Thursday night, the RNC announced that Jacksonville, Fla., would host the celebratory aspects of the August convention, including the president’s acceptance of the nomination.

The entire convention was supposed to held in Charlotte, but the president and Republican officials were angered after Democratic Gov. Roy Cooper of North Carolina said he wasn’t prepared to guarantee the RNC a full-fledged convention with an arena packed with party officials, delegates and activists due to health concerns amid the coronavirus pandemic. North Carolina is among at least 10 states that have seen a spike in new coronavirus cases since Memorial Day.

Party officials scrambled to find a new convention location after Trump tweeted last week that the GOP is “now forced to seek another” location other than Charlotte to host the convention.

The party’s current platform – which was adopted at the convention in Cleveland, Ohio four years ago – contains outdated references such as condemnations of the “current” president, who at the time was President Barack Obama. The platform also includes language opposing same-sex marriage and is supportive of gay conversion therapy.

The four-year-old document also doesn’t have any language on new combustible issues like racial justice and police reform, or statements in opposition to defunding police departments.

Fox News reached out to RNC officials for comment on the president’s tweet but had yet to receive a response at the time this article was published.