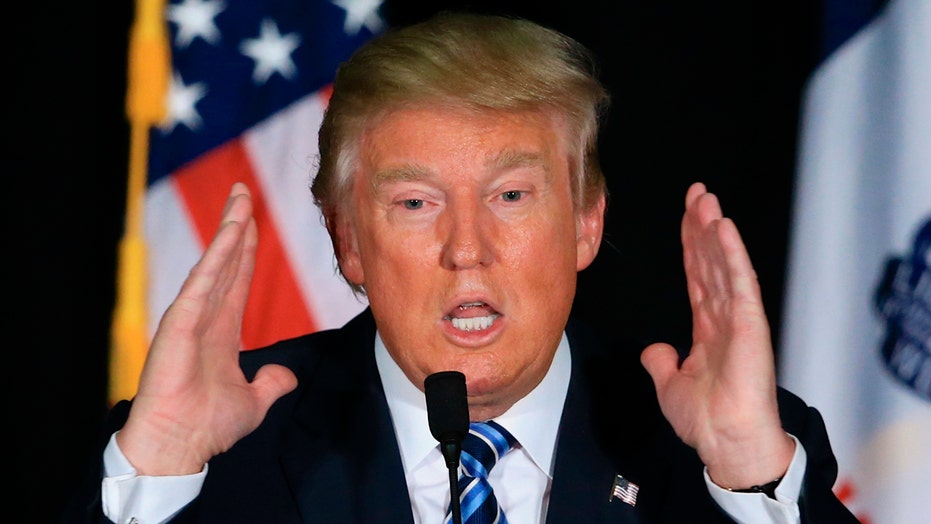 Strategy Room: The latest from the 2016 campaign trail and how Clinton is responding

Speaking to about 2,000 supporters at a rally, Trump again invoked the ex-president's alleged extramarital affairs and accused Bill Clinton of engaging in "tremendous abuse" of women.

References to Bill Clinton's affair with White House intern Monica Lewinsky have rarely come up in the lead-up to the 2016 elections. But Trump, who has developed a pattern of attacking those who cross him in ways others won't, said Wednesday that Hillary Clinton had forced his hand.

Earlier this month Trump used a vulgar sexual term to describe how Hillary Clinton had been beaten by rival Barack Obama in the 2008 Democratic primary. In response, she said that Trump displayed a "penchant for sexism."

"When she said that, I had no choice," Trump said Wednesday. "You can't let people push you around," he said, adding: "We view this as war."

Bill Clinton was set to campaign on behalf of his wife in New Hampshire next week. While the front-runner among Democratic candidates in national polls, she trails rival candidate Bernie Sanders in some polls in the first-in-the-nation primary state.

The Clintons and the Trumps, two New York families, had been on friendly terms for years. The Clintons attended Trump's wedding to his third wife, Melania, and the couples' daughters, Ivanka and Chelsea, are friends. Trump came to Bill Clinton's defense when the Lewinsky scandal was unfolding, calling efforts to impeach him "nonsense."

Trump used the same word to dismiss Clinton's sexism charge, telling the crowd on Wednesday, "Nobody respects women more than Donald Trump." He also said that he would "love, love, love having a woman president" -- just not Hillary Clinton, whom he described as "horrible" and hard to listen to.

"I just have to turn off the television so many times. She just gives me a headache," he said.

A spokesman for Clinton's campaign did not immediately respond to a request for comment. But deputy communications director Christina Reynolds said Monday that Clinton "won't be bullied" by Trump and plans to "stand up to him, as she has from the beginning of his campaign" when he insults women and other groups.

The former president has been accused of having a string of sexual encounters -- both consensual and unwanted -- with women over the years.

In the spring of 2014, Hillary Clinton was asked about the Lewinsky affair after Lewinsky wrote a first-person account in Vanity Fair magazine in which she said the ex-president "took advantage of me" but that it was a consensual relationship.

Hillary Clinton said in interviews at the time that she wished Lewinsky "well" but had moved on from the episode.

Bill Clinton's testimony for a lawsuit brought by Paula Jones, who alleged sexual harassment by Clinton when he was governor of Arkansas and she was a state employee, included a denial of a sexual relationship with Lewinsky. That led to his impeachment in 1998 by the Republican-run House, but he was acquitted by the Democratic-controlled Senate.

Trump's relationships, including an affair with Marla Maples, who later became his second wife, have also been tabloid fodder. He said Tuesday that his personal indiscretions are fair game for scrutiny in the campaign.