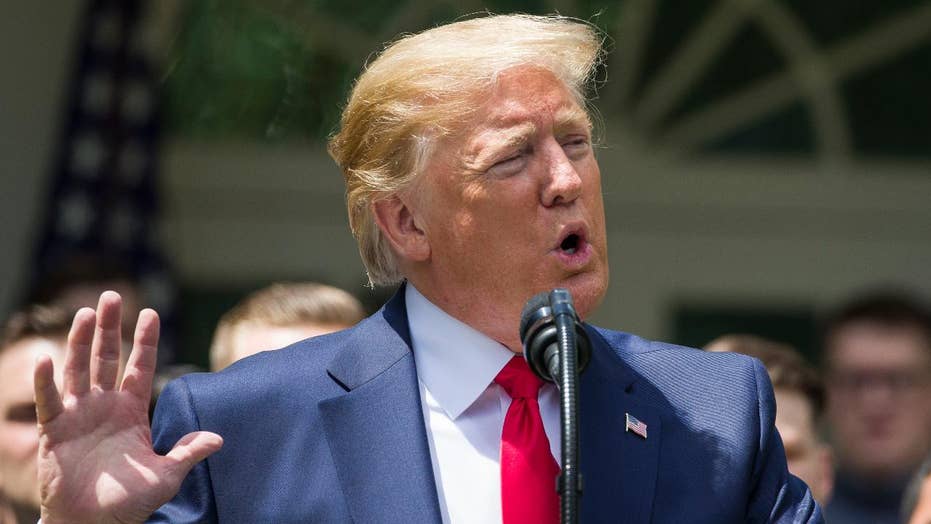 President Trump fired back Wednesday at a New York Times report detailing huge losses in his real estate empire during the turbulent '80s and '90s, calling the story "highly inaccurate" and downplaying the red ink in the documents.

The report, citing tax records, stated that Trump claimed more than $1 billion in losses from his real estate business between 1985 and 1994, but the president claimed Wednesday this was a common practice for developers during that time and largely represented depreciation.

"You always wanted to show losses for tax purposes," Trump said in a morning tweet, saying that "almost all real estate developers" used this as a "tax shelter." He went on to say that the Times report "is a highly inaccurate Fake News hit job!"

The report indicated that Trump was able to use these losses to avoid paying taxes in eight of the 10 years covered by the tax documents, which the Times said were acquired from a source "who had legal access to it."

Democrats have been seeking Trump's more recent tax returns ever since gaining control of the House after the 2018 midterm elections. The House Ways and Means Committee requested the president's federal tax returns, but Treasury Secretary Steve Mnuchin rejected them, citing a lack of "legitimate legislative purpose."

Democrats could respond to this refusal by issuing a subpoena, or they could file a lawsuit seeking a court order for Trump's tax returns.