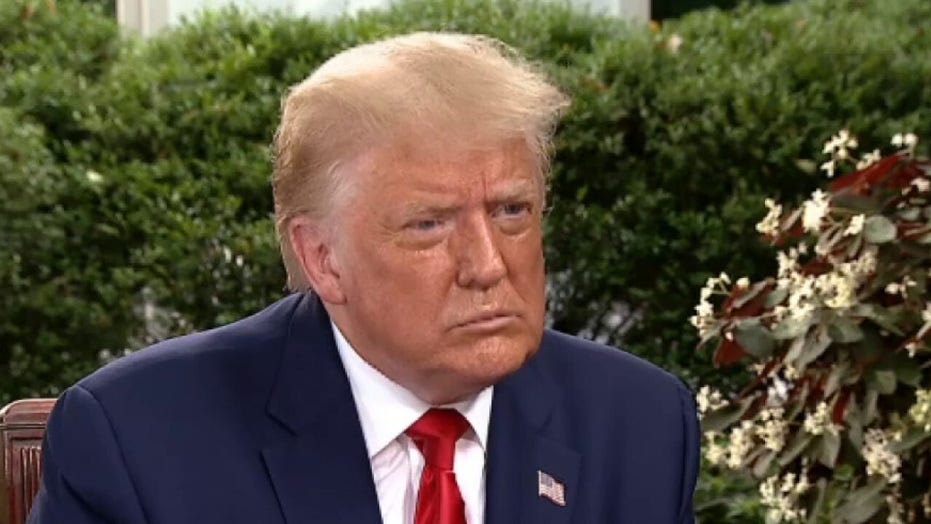 Preview: President Trump sits down with Chris Wallace for an exclusive interview on 'Fox News Sunday'

President Trump, in a “Fox News Sunday” interview with Chris Wallace set to air Sunday, blamed surging violence across the country on “stupidly run” cities, while also offering support for facial coverings to stop the spread of coronavirus but saying he wouldn't issue a national mandate.

During the exclusive interview at the White House on Friday, Wallace asked Trump to explain why murder rates were up in cities like Chicago and New York.

“I explain it very simply by saying they’re Democrat-run cities, they are liberally run. They are stupidly run,” the president said.

The president's comments came after at least 17 people were shot in New York City on Monday.

“Look, he signed a charter with Bernie Sanders,” Trump said. “It says nothing about defunding the police,” Wallace replied.

”Oh really? It says abolish, it says. Let’s go, get me the charter, please,” Trump continued.

During the interview, the president also addressed facial coverings used to stop the spread of coronavirus, saying, “masks are good.” But pressed on his decision not to initially wear one himself, the president referenced how top health officials have had changing views on the subject.

“I don’t agree with the statement that if everybody wear a mask, everything disappears,” Trump said. 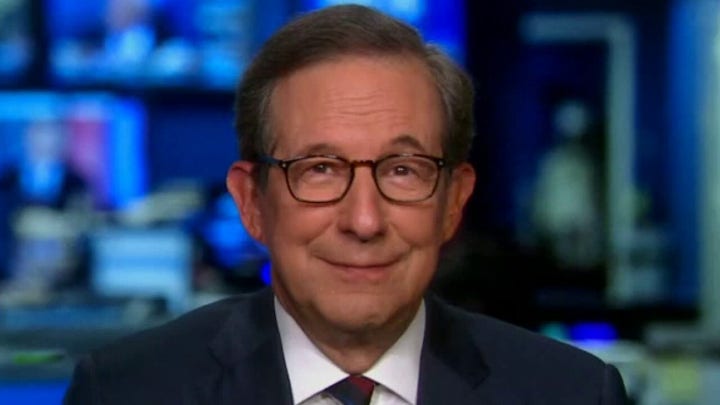 He then said: “With that being said, I’m a believer in masks. I think masks are good.”

It is the president’s first Sunday show appearance in more than a year and his first sitdown with “Fox News Sunday” since November 2018.

Biden and Vermont Sen. Bernie Sanders, a former presidential candidate, unveiled a unity platform this month -- part of an effort to find common ground between the party's center and its left flank.

Calls to abolish or defund the police are absent in the policy document. But it does include a number of reforms, including the banning of chokeholds, investments in “community policing” and investigating patterns of police misconduct.

In a July 8 interview with activist Ady Barkan, Biden said that some funding should “absolutely” be redirected from police, but his campaign denied this was support of defunding police.

In the interview, the presumptive Democratic nominee said that police forces don’t need surplus military equipment, saying this is what leads them to “become the enemy” in a community. 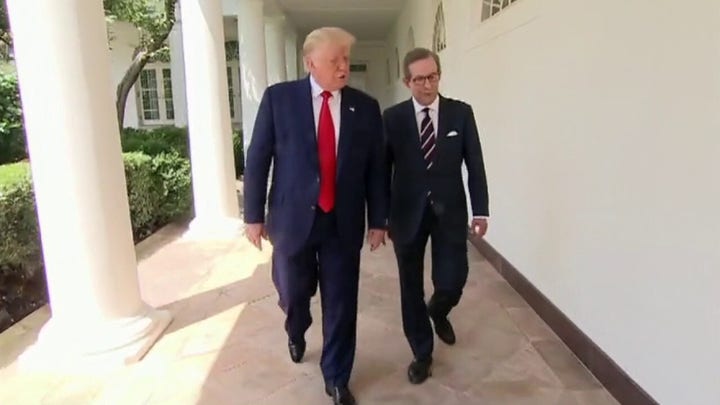 In early June, the Biden campaign said that Biden does not believe that police should be defunded.

“As his criminal justice proposal made clear months ago, Vice President Biden does not believe that police should be defunded,” Biden campaign Rapid Response Director Andrew Bates said at the time. “He hears and shares the deep grief and frustration of those calling out for change, and is driven to ensure that justice is done and that we put a stop to this terrible pain.”

“This funding would also go toward diversifying police departments so that they resemble the communities in which they serve,” Bates added, noting that there is a need for “additional funding for body-worn cameras.”