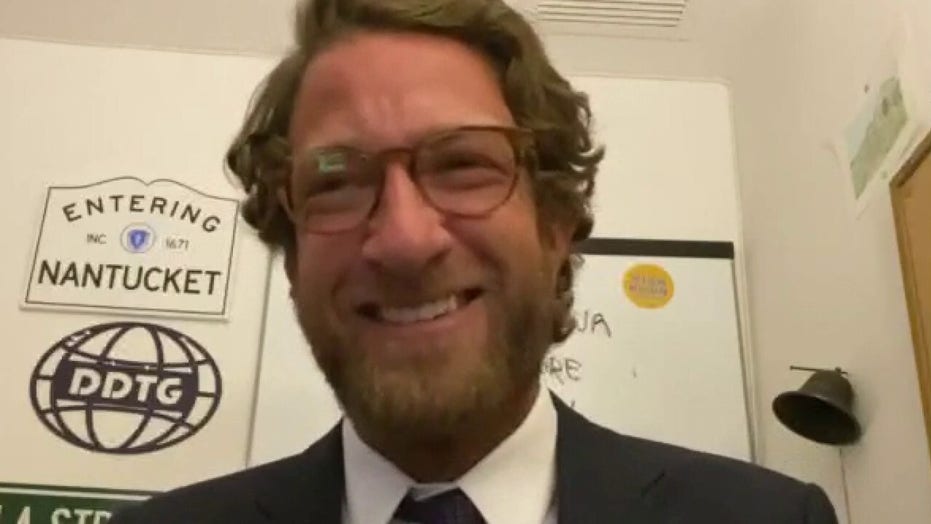 President Trump sat down for a candid interview with Barstool Sports founder Dave Portnoy to discuss sports, Twitter and the coronavirus outbreak.

Portnoy began the interview by praising Trump for being the only one to "sniff out" the prank during his appearance on Sacha Baron Cohen's "The Ali G Show."

"You're right, I was the only one -- I said 'this guy's a total fraud' and I left... You're the only that has given me credit for that!" Trump told Portnoy.

Portnoy pivoted to the president's past disapproval of kneeling protests during the national anthem as well as the recent protests that have taken place in cities across the country, asking him "what would you do" to show displeasure with the country.

TRUMP ADMITS HE 'OFTEN' REGRETS TWEETS, RETWEETS GET HIM 'INTO TROUBLE' IN INTERVIEW WITH BARSTOOL SPORTS CEO

"Well, I mean you can always say you can run for office, right? You become successful, you can run for a lower office, you can do things," Trump responded. "But there are ways, you can get groups together and there can be friendly ways of doing it, very successful. You're gonna have rebounds, negative rebounds if it keeps up the way it is."

Trump defending sending "tough people" to Portland, which has been widely criticized.

The Barstool Sports founder then asked how he could "close the divide" in the country. The president claimed "it was happening" before the coronavirus outbreak, touting the strong economic numbers and economic recovery.

"There are times when I love it, too much sometimes," Trump grinned before touting the "voice" he has in order to bypass what he calls "fake news."

Portnoy then pressed the president on the tweets he receives backlash for.

"Do you sometimes -- because I follow you on Twitter and I know I do this... do you ever tweet out and be like -- you wake up and, 'Aw man, I wish I didn't send that one out'?" Portnoy asked.

"Often, too often," Trump responded. "It used to be in the old days before this, you'd write a letter and you'd say this letter is very big. You put it on your desk and then you go back tomorrow and you say, 'Oh, I'm glad I didn't send it,' right? But we don't do that with Twitter, right? We put it out instantaneously, we feel great, and then you start getting phone calls -- 'Did you really say this?' I say, 'What's wrong with that?' and you find out a lot of things."

Trump then acknowledged that "it's the retweets" that get him "into trouble" versus the tweets he writes himself.

"You've been caught retweeting people, being like, 'Oh, you just retweeted this crazy person,' so you don't even look. You just press retweet and you just fire from the hip," the Barstool Sports CEO said.

"You see something that looks good and you don't investigate it and you don't know what's on the helmet exactly, right, which is a miniature and you don't blow it up, and it sometimes -- I have found that almost always it's the retweets that get you in trouble," Trump said.

Portnoy then mentioned Dr. Anthony Fauci and how he was throwing the first pitch at Thursday's Nationals game. Trump praised the health expert as a "good basketball player."

"He's actually a very nice guy," Trump said. "We don't always agree on everything. He'd like to do things that I don't like to do, but ultimately I make the decision. But we make it -- all -- a group of people. And he's been here for like 45 years, for many, many years. And he's a nice man actually."

Portnoy acknowledged that Dr. Fauci was on his "x" list because "my stocks tank" whenever the task force member encourages the lockdowns.

"He'd like it to see it closed up for a couple of years, but that's okay because I'm president, I appreciate your opinion, now give me another opinion, someone please," Trump responded. "We're open and we're doing well. And I just had a press conference about opening the schools. You've got to open the schools."

Trump was later asked about how he had a "dream life" even before becoming president as a businessman and a reality TV star. He expressed no regret running for office but noted how he had been "treated unfairly" since entering politics, highlighting the "Russia hoax."

"Somebody said, 'Who is the toughest to deal with? Is it Russia? Is it China? Could it be North Korea?' I said, no. The toughest is the United States. It's the toughest to deal with," Trump explained. "When you look at what I have to do... I have so many people on the left, call them Democrats, call them whatever you want. And then you look at what they're doing with cities. Every city is run by a liberal Democrat and they're going to hell and we have to do something."