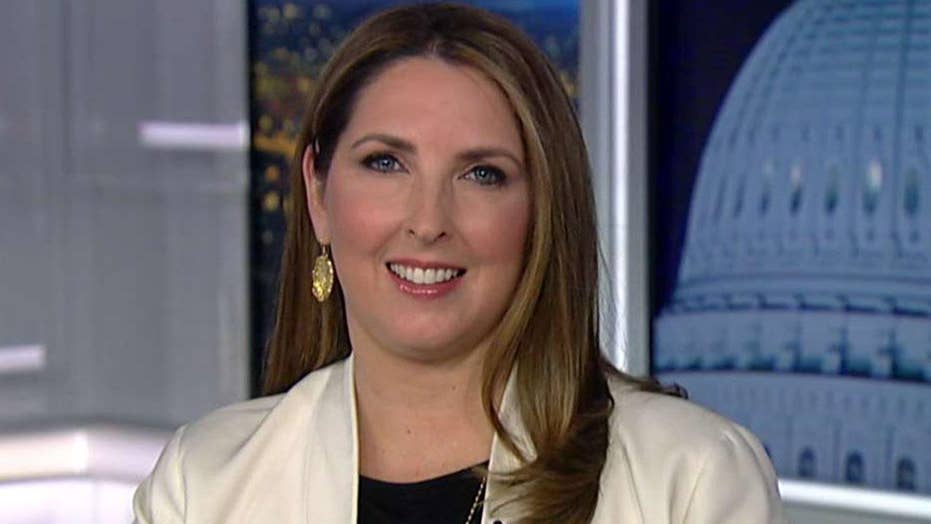 On 'Fox News @ Night,' RNC chairwoman looks ahead to Republicans' chances in the November elections.

McDaniel was first elected RNC chair in January 2017 on Trump's recommendation. She replaced Reince Priebus, who had been RNC chairman since 2011 and left that position to become Trump's first White House Chief of Staff.

McDaniel is a niece of 2012 Republican presidential nominee Mitt Romney.

Axios first reported Trump's request to McDaniel. A source told the website that Trump has praised McDaniel's work on behalf of the president's agenda and noted record fundraising and grassroots engagement.

The presidential endorsement makes it unlikely that anyone will challenge McDaniel when the post comes up for a vote next year. The RNC has not had a contested election for its chair since Priebus' initial victory in 2011.

The RNC’s 168-member body votes to select its chair each January during the committee’s winter meeting.