An FTC case against Qualcomm has critics warning it could boost China, at a time when the Trump administration pursues tough policies against Beijing.

An obscure federal lawsuit brought against American tech company Qualcomm in the waning days of the Obama administration has generated fresh concern among conservatives that the case is inadvertently helping China at a time when the Trump White House is pursuing hardline policies against Beijing.

The antitrust case, originally brought against Qualcomm by the independent Federal Trade Commission in January 2017, just went to trial last week. Curiously, the government used testimony from controversial Chinese telecommunications giant Huawei Technologies – a move that has outraged and baffled many supporters of President Trump who accuse China of stealing U.S. technology and exploiting the American market.

“We’ve got a presidential administration, on one hand, talking about Huawei being a national security threat and stealing our intellectual property,” Jenny Beth Martin, a conservative columnist and co-founder of the Tea Party Patriots, told Fox News. “On the other hand, we have the FTC bringing a representative of Huawei to the witness stand to testify against an American company.

“It’s a contradiction and I just don’t understand it,” Martin added. “We’ve got two parts of the government working against themselves.”

HUAWEI'S MENG WANZHOU FACES EXTRADITION TO IS -- BUT WILL SHE EVER BE HANDED OVER TO AMERICAN OFFICIALS?

The FTC’s case centers around a claim that Qualcomm has threatened to withhold chip supplies for companies ranging from the Beijing-backed Huawei and Lenovo to American brands like Intel and Apple unless those companies continue to pay what it says are unreasonable royalty fees for licensing the technology.

"Qualcomm’s conduct has harmed competition and the competitive process," the FTC said in its complaint. "At a time when cellular technologies are expanding to new and varied applications, Qualcomm’s practices threaten further consumer harm in an industry in which competition and innovation are vitally important."

A representative for the Hong Kong-based Lenovo Group also argued in a video deposition that Qualcomm has in the past either delayed or cut off the supply of chips to customers who have challenged its legal terms. 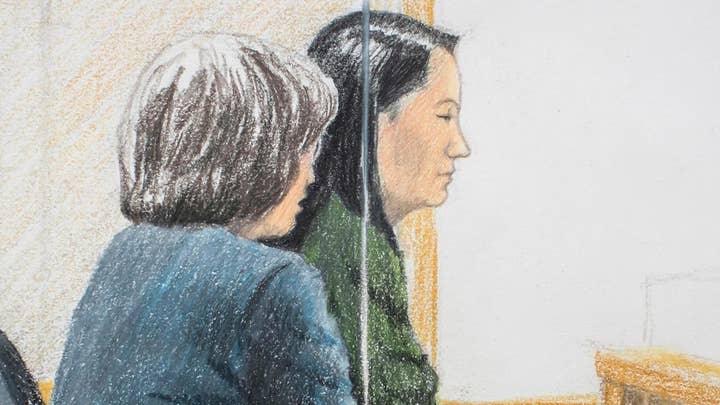 Due to the ongoing partial government shutdown, the FTC was unavailable to comment to Fox News for this report.

The FTC’s argument that Qualcomm is allegedly harming competition, however, has frustrated some conservatives, who say not only does it appear the independent agency is favoring Chinese interests over American businesses, but the FTC’s case goes against the ideas of free-market capitalism.

“From an economic standpoint, we need to oppose the Marxist-based, mercantile politics and allow free markets to win,” Dan Schneider, executive director of the American Conservative Union, told Fox News. “But this whole case against Qualcomm is actually against free-market capitalism.”

Lawyers for Qualcomm refute the claims that the company has used strong-arm tactics to force its buyers into signing the licensing agreements or to scare them from challenging the company in court.

“The primary complainants in this case are sophisticated companies who had their own leverage and used it,” Qualcomm’s attorneys said in a pretrial briefing. “They include some of the world’s largest and most profitable companies: Apple, Samsung, Huawei, and others. These are not companies that Qualcomm could push around, and Qualcomm hardly had them over a barrel.”

The lawyers added: “Moreover, in its zeal to hobble a quintessential American technology company—without a shred of evidence regarding anticompetitive effects— the FTC risks providing an opening for Huawei to dominate 5G technology, and stifling innovation just when it’s needed most.” 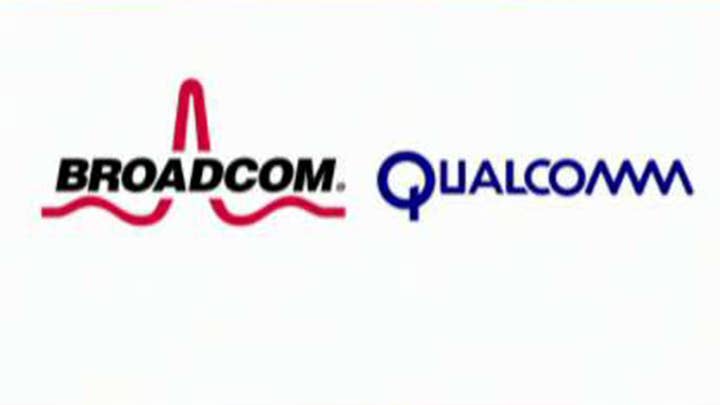 Last March, the U.S. blocked a takeover of Qualcomm following a recommendation by the Committee on Foreign Investment in the U.S. that said the move would hamper the company’s leadership in 5G technology and open a path for Huawei to become the leading player in the field. With the current litigation, critics are saying that China stands to benefit greatly if the judge decides to rule against Qualcomm.

"If the case goes in the FTC's favor, this winds up being a huge win for Chinese companies and China and a huge loss for Qualcomm," Martin said.

In regards to Huawei, concerns have been raised about the Chinese company’s own intentions in the wake of the recent arrest in Canada – and possible extradition to the U.S. – of its chief financial officer, and daughter of the company’s founder, Meng Wanzhou. The arrest came amid accusations that Huawei used a Hong Kong shell company to sell equipment to Iran in violation of U.S. sanctions. U.S. officials say that Meng and Huawei misled banks about the company’s business dealings in Iran.

Huawei was founded in 1987 by a former military engineer and is critical to Beijing's efforts to transform China into a technology leader. It has China’s biggest corporate research-and-development budget at 89.7 billion yuan ($13 billion) in 2017 — 10 percent more than Apple Inc.’s — and is seen by many in both the national security and technology fields as the centerpiece of Beijing’s technology ambitions and a key player in their cyber-spying efforts.

While Huawei was not directly named, a former FTC commissioner penned a rare dissent when the decision to file the Qualcomm suit was first made detailing her concerns that the case would harm U.S. efforts to protect intellectual property.

“I face an extraordinary situation: an enforcement action based on a flawed legal theory … that lacks economic and evidentiary support, that was brought on the eve of a new presidential administration, and that, by its mere issuance, will undermine U.S. intellectual property rights in Asia and worldwide,” former FTC Commissioner Maureen Ohlhausen wrote. “These extreme circumstances compel me to voice my objections.”

It’s unclear if President Trump, currently locked in a battle with congressional Democrats over border wall funding, is even aware of the lawsuit dating back to just days before his inauguration. The White House did not respond to a request for comment on the case.

But any move to pull back at this stage could be difficult, as FTC Chairman Joseph Simons recused himself from the case since he previously worked for a law firm that had Qualcomm as a client. The recusal means any bid to abandon the case would come down to a party-line vote between the remaining two Republicans and two Democrats on the commission.

“I assume that the president is unaware that Obama-era priorities are still being pursued at the FTC,” Schneider said. “The president could instruct Simons to not recuse himself from this case and then you’d have the three Republican commissioners on this case.”