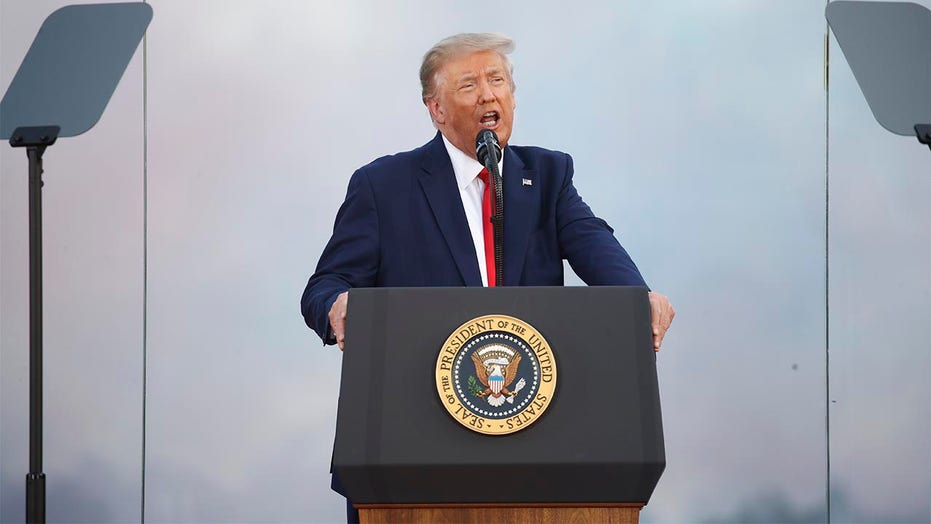 The Trump administration submitted a notice of withdrawal from the World Health Organization to the United Nations secretary-general, a senior administration official told Fox News on Tuesday, after President Trump for weeks had blasted the WHO’s handling of the coronavirus pandemic and what he called its pro-China bias.

"Congress received notification that POTUS officially withdrew the U.S. from the @WHO in the midst of a pandemic," Sen. Bob Menendez, D-N.J., tweeted.

Senate Health Committee Chairman Lamar Alexander, R- Tenn., broke with Trump to condemn his unilateral decision, saying holding the WHO accountable should be done after the pandemic.

"I disagree with the president's decision. Certainly there needs to be a good, hard look at mistakes the World Health Organization might have made in connection with coronavirus, but the time to do that is after the crisis has been dealt with, not in the middle of it," the Republican senator said in a statement.

Alexander added that withdrawing U.S. membership could interfere with vaccine trials and make it harder to work with other countries to stop viruses before they get to the U.S.  "If the administration has specific recommendations for reforms of the WHO, it should submit those recommendations to Congress, and we can work together to make those happen," he said.

Former Vice President Joe Biden, the Democrats' presumptive 2020 presidential nominee, said he would rejoin the WHO on his first day in the White House if elected.

"Americans are safer when America is engaged in strengthening global health," the former vice president tweeted. "On my first day as President, I will rejoin the @WHO and restore our leadership on the world stage."

Trump first announced that the U.S. would back away from the organization in late-May. "Because they have failed to make the requested and greatly needed reforms, we will be today terminating our relationship with the World Health Organization and redirecting those funds to other worldwide and deserving urgent global public health needs," Trump told reporters at a Rose Garden event.

"The world is now suffering as a result of the misfeasance of the Chinese government," Trump added.

In the course of the same statement, Trump announced a number of measures aimed primarily at China in response to its conduct on a number of fronts including trade, the coronavirus and its recent crackdown on Hong Kong.

WHO QUIETLY ALTERS TIMELINE TO INDICATE IT FIRST LEARNED OF CORONAVIRUS FROM THE INTERNET, NOT CHINESE OFFICIALS

Beijing further increased its grip on Hong Kong last week by passing a security law that critics say undermines the semi-autonomous territory’s judicial independence. The law gives police greater power to crack down on any activity there that authorities deem subversive with secessionist aims.

Trump added that the State Department's travel advisory for Hong Kong would be revised to reflect the increased danger of surveillance and punishment by the Chinese. Additionally, the U.S. is revoking Hong Kong's preferential treatment as a separate customs and travel territory, and taking steps to sanction officials involved in eroding Hong Kong's autonomy.

Trump announced in April the U.S. would freeze funding to the WHO, and threatened to make the freeze permanent if the organization did not enact "major substantive reforms." The U.S. had been the top contributor to the agency to the tune of approximately $450 million a year. China meanwhile pays approximately $50 million a year -- although Beijing had recently announced a $2 billion injection of funds.

The U.S. repeatedly raised concerns about WHO officials’  praise of Chinese "transparency,"  its ignoring of warnings about the virus from Taiwan, and its repetition of Chinese claims that COVID-19 could not be spread from person-to-person. Trump has also pointed to opposition from WHO officials to his decision to place a travel ban on China in the initial days of the crisis.

The UN-backed global health body faced renewed scrutiny when it quietly changed its public coronavirus timeline to say it had initially heard of the virus from the internet, not from Beijing officials as it had long insisted.

According to multiple reports, the revisions were made on the WHO website on June 29, adding fuel to the fire that the Chinese leadership long purported to cover up COVID-19 and the WHO assisted them in doing so.