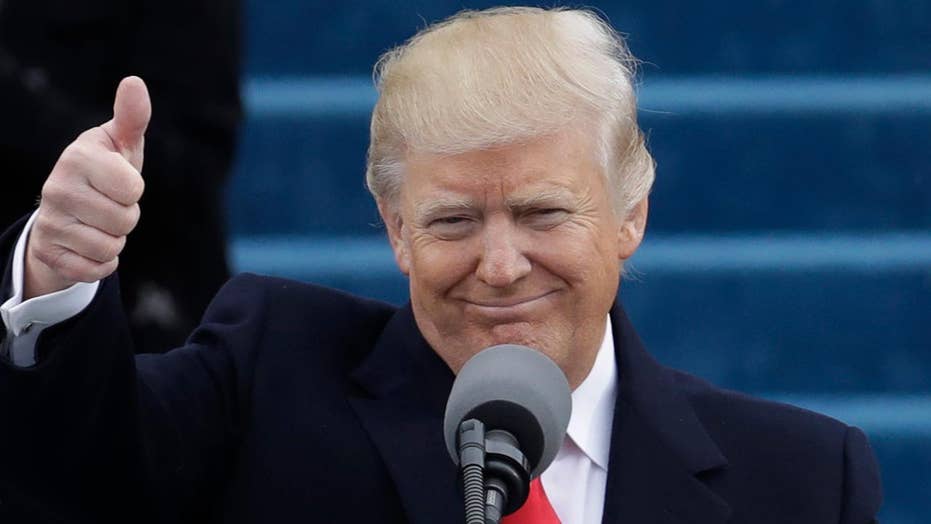 Trump: From this day forward it's going to be America first

While new President Donald Trump was laying out a short version of his agenda in an inaugural speech, his communications team was busy rewriting the White House website with a slew of new objectives including scrapping environmental regulations it claims kill jobs.

Among the commitments was immediate elimination of the Climate Action Plan and the Waters of the U.S. rule, two administrative regulations Trump’s predecessor, President Obama, considered environmental safeguards. Team Trump deemed them “harmful and unnecessary policies” that hurt the economy and said so on the official Whitehouse.gov website.

“Lifting these restrictions will greatly help American workers, increasing wages by more than $30 billion over the next 7 years,” the website now states.

Trump made clear his administration will seek energy independence for the U.S. by giving a shot in the arm to the oil and gas industries, a platform plank he touted during his successful campaign against Democrat Hillary Clinton.

“We must take advantage of the estimated $50 trillion in untapped shale, oil, and natural gas reserves, especially those on federal lands that the American people own,” the freshly updated site now states. “We will use the revenues from energy production to rebuild our roads, schools, bridges and public infrastructure.”

The rapid reversal of prior policy drew a sharp rebuke from environmentalists.

"Minutes after he was sworn in, any illusion that Trump would act in the best interests of families in this country as President were wiped away by a statement of priorities that constitute an historic mistake on one of the key crises facing our planet and an assault on public health,” Sierra Club Executive Director Michael Brune said in a statement. “What Trump has released is hardly a plan - it’s a polluter wishlist that will make our air and water dirtier, our climate and international relations more unstable, and our kids sicker. This is a shameful and dark start to Trump’s Presidency, and a slap in the face to any American who thought Trump might pursue the national interest.”

Elsewhere on the official site’s “Issues” section, the new administration spelled out other top priorities, wasting no time in sending a message it plans to aggressively implement the new agenda.

Much of the updated information simply makes official Trump’s campaign promises, but the speed with which they were posted on the site could send a signal to critics and supporters alike that Trump intends to follow through on his agenda.