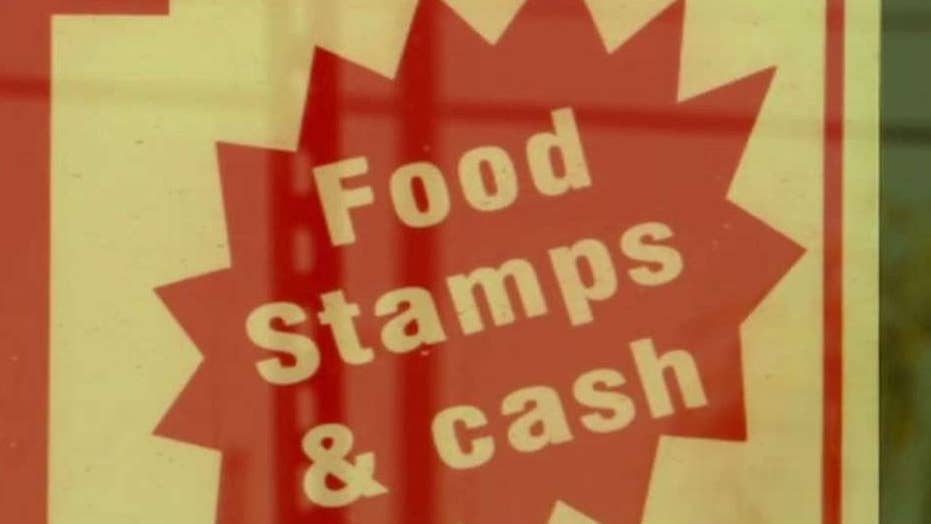 The Trump administration is set to constrict work requirements for millions of people who receive federal food assistance and curtail just how much control states have in granting exemptions.

“Moving people to work is common-sense policy, particularly at a time when the unemployment rate is at a generational low,” Perdue said in a statement.

But the U.S. Department of Agriculture’s (USDA) proposal has been chastised by Democrats and others who say more vulnerable Americans, including children, could go hungry with more stringent restrictions.

The USDA is allowing 60 days for public comments on the proposal.

Read on for a look at what the USDA hopes to change and what the rules currently dictate.

Who does the rule change target?

The USDA’S proposed rule change specifically affects able-bodied adults who do not have dependents – otherwise known as ABAWDs. Roughly 40 million people receive SNAP benefits on average. In 2016, ABAWDs accounted for only 3.8 million on SNAP, according to USDA figures. Of those 3.8 million, nearly 2.8 million are not working, the USDA said.

The rule change would not apply to anyone who is elderly, disabled or pregnant.

What are the current work requirements?

Those considered an ABAWD must work at least 20 hours a week to keep SNAP benefits. The work requirement can also be fulfilled through state-approved workfare programs or a SNAP Employment and Training Program.

ABAWDs can only receive three months of SNAP benefits within a three-year period if they don’t meet that 20-hour work requirement. Those limitations can be waived in states that have an unemployment rate of at least 10 percent or if there’s proper evidence of a lack of sufficient jobs.

WHAT IS THE FARM BILL? FROM FOOD STAMPS TO CONSERVATION EFFORTS, A LOOK AT THE MASSIVE LEGISLATION

Currently, states are also allowed to give extensions for up to 15 percent of their work-eligible adult population sans a waiver. And if a state doesn’t use up its 15 percent, it can keep the extra exemptions in a so-called “stockpile” to distribute at a later date.

What would the USDA’s proposal do?

Harp down on waivers: States would only be able to issue waivers if a city or county has an unemployment rate of at least 7 percent, according to the proposal. Waivers would only be good for one year and would need the governor’s support. Additionally, it would forbid states from granting waivers to geographic areas larger than a specific jurisdiction.

It would also limit the duration of waivers to just one year.

End the banking of exemptions: The USDA proposal would block states from banking the leftover 15 percent exemptions. It would also change the USDA’s calculation for adjustments to the number of exemptions available each year.

The farm bill does include the SNAP program under the nutritional component of the massive legislation. Earlier this year, lawmakers passed a $40 billion farm bill that reauthorized agriculture and conservation programs while leaving the SNAP program virtually untouched.

WHAT TO KNOW ABOUT SONNY PERDUE

The bill finally passed after months of tense negotiations as the House tried to significantly tighten work requirements for SNAP benefits – with the Senate refusing to accept those provisions.

Perdue has said the USDA’s proposed rule changes are a tradeoff for Trump’s support of the farm bill.