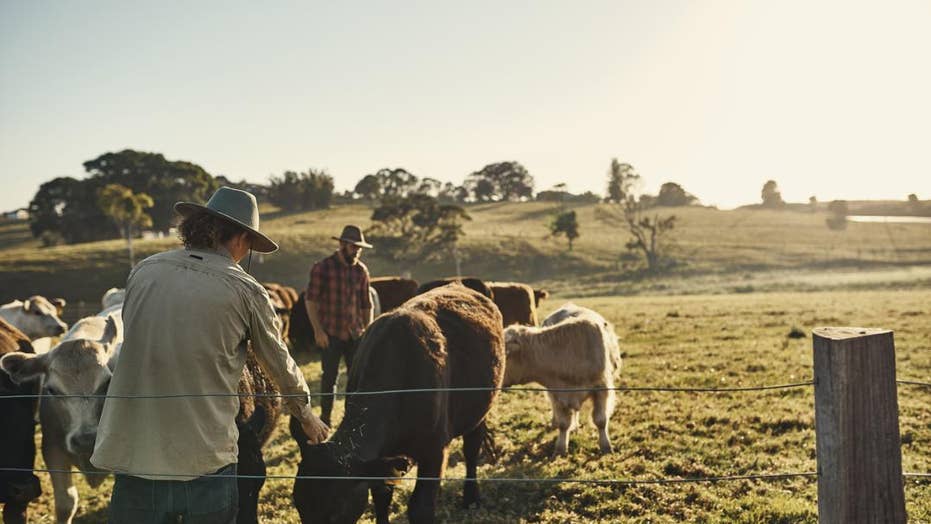 Why is the Farm Bill so controversial? Hint: Food Stamps

SNAP, welfare, and a look at why the Farm Bill is so controversial

All House Democrats opposed the bill in a 213-198 defeat. A few dozen Republicans also voted against it.

From food stamps to conservation issues, the farm bill is a huge piece of legislation that needs to be updated by Congress about every 5 years. It influences everything about agriculture production -- from how food is grown to how its distributed, including on an international level.

The farm bill’s massive size and undertaking gives way to various critiques from those who think its too costly or doesn't do quite enough. President Trump had threatened to veto the legislation if it didn't include tight enough work requirements for people on food stamps, sources told Fox News.

Read on for a brief overview of what's in the bill and why it’s so important.

What is the farm bill?

A complicated omnibus package, the farm bill, at its core, regulates agriculture production in the U.S. In particular, it tackles how produce is grown, what it costs and how American agriculture exists in the international food arena, Dr. Marion Nestle, a well-known New York University food nutritionist, told Fox News.

The goals of the farm bill have changed over time, from having more of a focus on a safety net for farmers to including protection from hunger, said Margot Pollans, a Pace University law professor and member of the Farm Bill Enterprise.

The nearly 700-page bill covers a myriad of agriculture-related regulations and programs, including conservation issues, commodity subsidies and crop insurance.

Among some items included in the massive bill are: a $100 million feral swine control pilot program, $450 million for the U.S. Department of Agriculture to identify animal disease outbreaks, incentives for beginning farmers, resources to combat the nation’s opioid epidemic and $50 million to assist disadvantaged farmers and military veterans in agriculture, according to a fact sheet.

Ferd Hoefner, senior strategic advisor for the National Sustainable Agriculture Coalition, says programs that promote fresh products into the food system should not be overlooked -- even if, he said, lawmakers do.

“If you put more emphasis on things that relate to organic produce or new farmers or renewable energy on farms, then there might be more public support for a bill that otherwise, in broad strokes, the general public thinks of as having big subsidies for big farms,” Hoefner told Fox News.

Aren’t food stamps in this bill?

The farm bill includes the Supplemental Nutrition Assistance Program (SNAP) under the nutrition component of the massive legislation.

It’s the SNAP portion of the bill that dominates the conversation, Nestle said, even though the legislation covers so much more. Liz Peek and Basil Smikle Jr. on whether this causes long-term government dependency

The House bill, as it stands now, would tighten already existing work requirements for the SNAP program. It would require all “work capable adults” between the ages of 18 and 59 to work or participate in work training programs for at least 20 hours per week, meaning a greater number of people would have to work or enroll in work training to receive food assistance.

Seniors, disabled people, those caring for children under the age of 6 and pregnant women would be exempt from these requirements, according to a committee fact sheet.

Democrats have objected to the inclusion of new requirements for SNAP in the House bill, saying it could throw as many as two million people off the program. Those opposed also say the bill does not provide enough funding for job training and would create bulky bureaucracies to keep up with extensive rule keeping.

“It makes no sense to put the farmers and rural communities who rely on the farm bill’s safety net programs at risk in pursuit of partisan ideology on SNAP,” House Agriculture Committee Ranking Member Collin Peterson, D-Minn., said in an April statement, adding that the bill “attempts to change SNAP from a feeding program to a work program.”

Pollans told Fox News the inclusion of the SNAP program in the farm bill is an “exciting opportunity to bridge the urban and rural divide.” However, she called the additional work requirements added to the House bill “a threat to working families,” especially for those who have “less formal employment or an hourly schedule by bosses they don’t have any control over.”

“I think the requirements are coming from a real misunderstanding of how SNAP benefits are used and families who are using them,” she said.

How much does it cost?

For the 2014 farm bill, which is currently in place, the Congressional Budget Office (CBO) originally predicted the total cost of mandatory programs -- which typically operate as entitlements -- would be $489 billion. About 99 percent of the predicted mandatory program outlays were taken by four out of 12 titles, according to the CBO: conservation, crop insurance, farm commodity support and nutrition.

SNAP is included under the nutrition umbrella, which makes up about 80 percent of the total mandatory funding.

So what are the problems with bill?

Because it’s so large, there are a wide array of complaints from economic and agriculture-focused think tanks and policymakers.

“What there’s no sign of -- and there hasn’t been for a while -- people who are involved in agriculture policy sitting down and thinking what kind of an agriculture policy we need in a situation where we’re dealing with climate change,” Nestle said. “If you’re doing rational agriculture policy, you want to have enough food to feed the people, farmers to be able to make a living, and an agriculture system that will promote public health and do the least possible harm to the environment.”

Caroline Kitchens, a policy analyst at the conservative R Street Institute who has a focus on agriculture issues, called the legislation a “bloated bill” and “even more wasteful and full of cronyism than previous iterations,” in a blog post.

“If you’re doing rational agriculture policy, you want to have enough food to feed the people, farmers to be able to make a living, and an agriculture system that will promote public health and do the least possible harm to the environment.”

“We have limited funds, and when we’re facing a big deficit, we should make sure that we’re spending money on people who really need it,” Kitchens told Fox News, criticizing the increases in commodity subsidies for farms.

“If we’re going to have work requirements for recipients of welfare, we should have requirements for farmers, too. If you’re not working on the farm, it’s ridiculous to get handouts,” she said.

If this is a House bill, what is the Senate doing?

While the Senate version of this bill has not yet been released, Agriculture Committee Chairman Pat Roberts, R-Kan., told the Wall Street Journal it would not be as far-reaching as the House legislation.

A committee aide has told Fox News that the Senate version would not contain “revolutionary reforms” to programs, but added it’s premature to say just what will be included.

Trump has warned senior lawmakers that he will veto the bill if it doesn’t include tighter work requirements for people who have food stamps, a source familiar with the discussions told Fox News.

In April, Trump highlighted what he called a “great” statistic showing the number of people on food stamps has fallen since January 2017.

“The American people are finally back to work!” he tweeted.