Trump announced the move Wednesday, saying the decision was made “in order to produce far less expensive cars for the consumer,” while making cars safer at the same time.

“This will lead to more production because of this pricing and safety advantage, and also due to the fact that older, highly polluting cars, will be replaced by new, extremely environmentally friendly cars,” Trump tweeted Wednesday morning.

California's authority to set its own emissions standards tougher than the federal government's goes back to a waiver issued by Congress during passage of the Clean Air Act in 1970. The state has long pushed automakers to adopt more fuel-efficient passenger vehicles that emit less pollution. A dozen states and the District of Columbia also follow California's fuel economy standards.

The Trump administration decision revokes that waiver, touching off what is sure to be another high-profile legal fight with the Golden State. 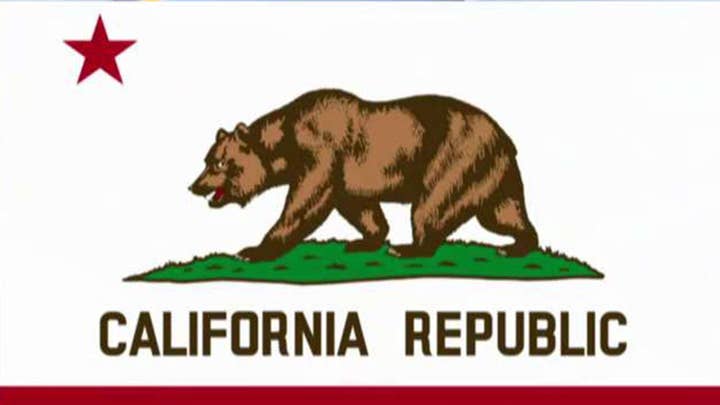 "You have no basis and no authority to pull this waiver," Becerra, a Democrat, said in a statement, referring to Trump. "We're ready to fight for a future that you seem unable to comprehend."

California Gov. Gavin Newsom said the White House "has abdicated its responsibility to the rest of the world on cutting emissions and fighting global warming."

The president, though, claimed there would be “very little difference” in emissions between the federal and California’s standard, but said cars “will be far safer and much less expensive.” He also predicted that a new national standard for fuel economy will result in more cars being produced by the U.S. and more jobs.

The move comes after the Justice Department recently opened an antitrust investigation into a deal between California and four automakers for tougher pollution and related mileage requirements than those sought by Trump.

"We embrace federalism and the role of the states, but federalism does not mean that one state can dictate standards for the nation,” EPA Administrator Andrew Wheeler told the National Automobile Dealers Association Tuesday, adding that higher fuel economy standards would hurt consumers by increasing the average sticker price of new cars and requiring automakers to produce more electric vehicles.