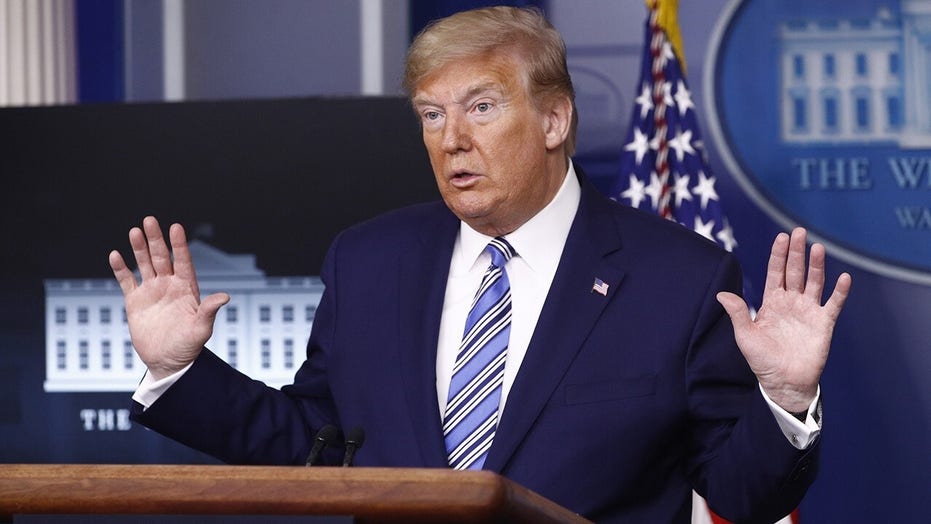 White House press secretary Kayleigh McEnany pushes back on reports the briefings may be scaled back amid the president's criticism of the media; reaction and analysis on 'Outnumbered.'

The Trump administration is in talks over potentially winding down the coronavirus task force, even as the number of COVID-19 cases continues to grow in the U.S. and as sectors of the economy begin to reopen.

President Trump defended the talks Tuesday while speaking to the media in Phoenix, Ariz., where he was touring a mask production facility, saying his advisers were continuing to examine the virus “very closely,” and the doctors on the task force would continue to make their voices heard. He also said, “We can't keep our country closed for the next five years... We've learned a lot about the coronavirus.”

The president also denied his message was, “mission accomplished.”

Vice President Pence, who has led the task force, said Tuesday that White House officials were “having conversations” about finishing up the group’s business and, instead, having “agencies take over the work” -- specifically mentioning the Federal Emergency Management Agency [FEMA]. Pence said, though, that the earliest the agencies could take over the group’s responsibilities would be Memorial Day or early June, if the task force itself were to be discontinued.

A White House official told Fox News the White House has been shifting focus toward re-opening the country, as outlined in Phase 1 of the administration’s “Opening Up America Again” guidelines. The official said it would be an ongoing shift over the next several weeks.

The official told Fox News that doctors will continue to play an “important advisory role” in the process, as the administration has aimed to “make sure medical guidelines are kept up to date” and Americans are able to safely return to work. The official stressed that doctors were not being removed from the equation and called any reports reflecting that “false.” 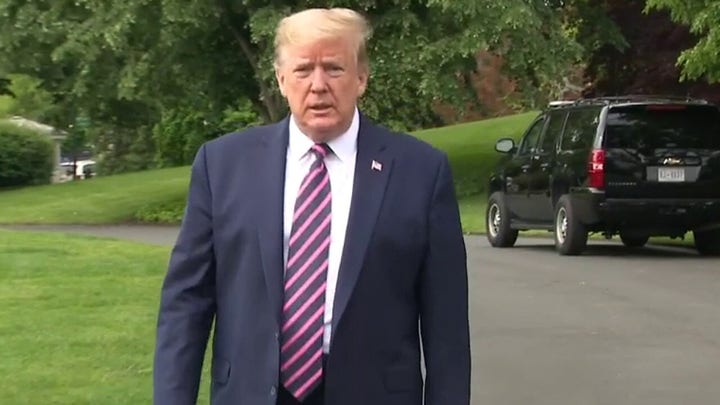 The official told Fox News that members of the task force will continue to provide input, but the group will not be meeting as regularly as they had been at the outset of the pandemic. The official added that the White House’s focus was shifting towards vaccines, therapeutics, testing and re-opening the economy.

The task force, according to the official, was always meant to be a temporary arrangement. The official stressed that experts will continue to provide input, even while not meeting each day.

The task force had delivered near-daily briefings from the White House for nearly two months, sometimes lasting for more than an hour, providing updates on the impact of the coronavirus and the Trump administration’s response.

But, those briefings also became a source of controversy.

Trump led many of them, taking criticism for spending chunks of time touting his administration's accomplishments and sparring with some of the media. Perhaps the most controversial moment came last month when Trump seemingly suggested that a product as simple as household disinfectant potentially could be used for treatment in humans for coronavirus.

The president later said he was just being “sarcastic.” But, Lysol and even the Environmental Protection Agency [EPA] put out statements reminding people that disinfectants should not be ingested or injected into the human body. Shortly afterward, the White House stopped hosting the briefings on a regular basis.