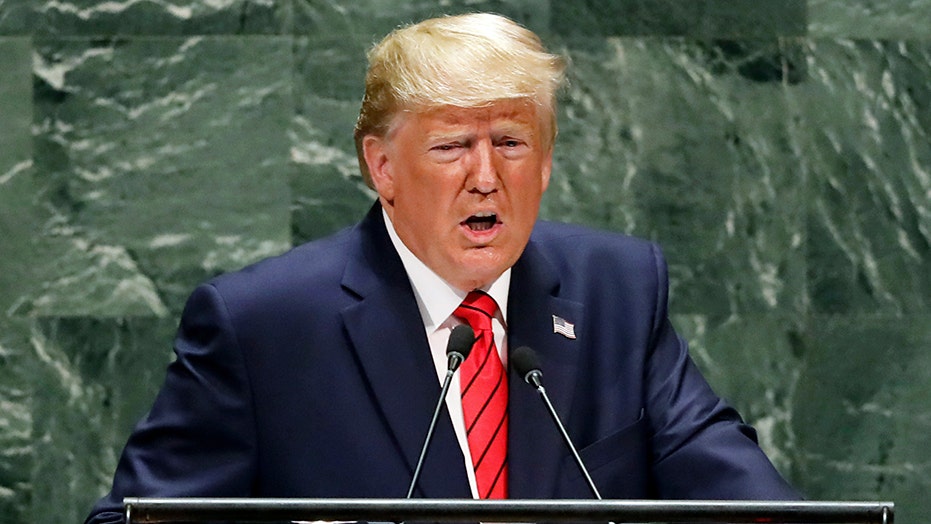 USAID Administrator Mark Green announced $52 million in new aid following a meeting with Guaidó’s envoy in Washington. About $19 million of the aid will be used to train Guaidó’s team to govern if they are successful in ousting Maduro. By comparison, the aid budget for Venezuela in fiscal year 2018 was $15 million.

The aid money will come mostly from funds set aside for Honduras and Guatemala that Trump cut last year after he determined those countries were not doing enough to stem the flow of migrants to the U.S.

During his speech at U.N. General Assembly Tuesday morning, Trump called Maduro a “Cuban puppet” who is “hiding from his own people while Cubans plunder Venezuela’s oil wealth to sustain its own corrupt communist rule."

“According to a recent report by the United Nation Human Rights Council, women in Venezuela stand in line for 10 hours every day waiting for food, over 15,000 people have been detained as political prisoners, modern-day death squads are carrying out thousands of extrajudicial killings,” Trump said.

“The United States continues to take strong action against the former illegitimate Maduro regime and the malign foreign actors who support it. Maduro’s Cuban benefactors provide a lifeline to the regime and enable its repressive security and intelligence apparatus,” Treasury Secretary Steve Mnuchin said in a press release. “Venezuela’s oil belongs to the Venezuelan people, and should not be used as a bargaining tool to prop up dictators and prolong the usurpation of Venezuelan democracy.”

On Monday, the U.S. and more than a dozen Latin American countries agreed to investigate and arrest associates and senior officials of Maduro’s government who are suspected of drug trafficking, money laundering and financing terrorism.

The funding announced Tuesday for inside Venezuela is in addition to hundreds of millions of dollars already committed by the U.S. to support the more than 4 million vulnerable Venezuelans who have fled the country's crisis and migrated to Colombia, Peru, Ecuador and other nations throughout Latin America.