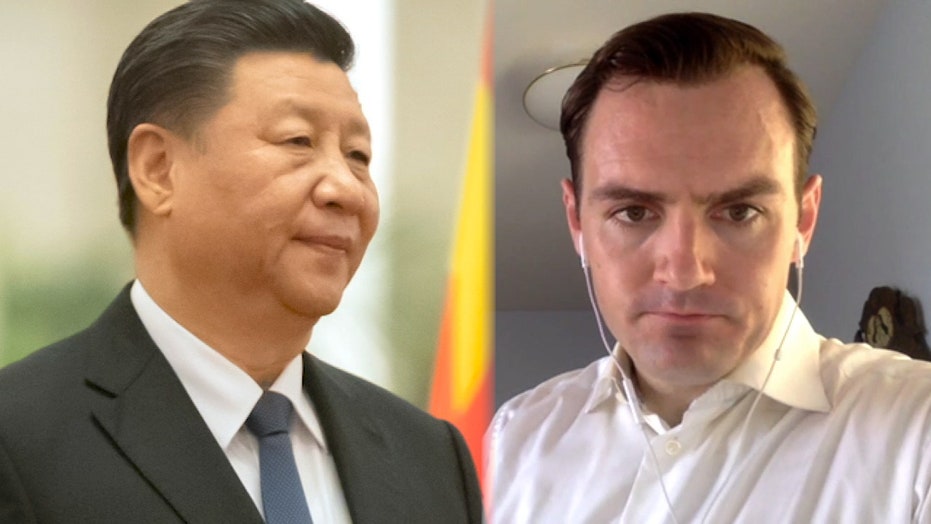 The Trump administration on Monday slapped sanctions on 11 Chinese firms over their use of forced labor and other forms of repression against the Uighur Muslims, an ethnic minority in China, including some with documented relationships with American companies.

The sanctions represent another step by the administration in its heightened pressure on the Chinese government in recent months.

The Commerce Department announced that those firms would be put on the "Entity List," an index of companies that are believed to be engaged in "activities contrary to the national security or foreign policy interests of the United States." According to the Commerce Department, these activities are not just limited to forced labor, but also include DNA collection.

"Beijing actively promotes the reprehensible practice of forced labor and abusive DNA collection and analysis schemes to repress its citizens," Commerce Secretary Wilbur Ross said in a statement. “This action will ensure that our goods and technologies are not used in the Chinese Communist Party’s despicable offensive against defenseless Muslim minority populations."

The list encountered some pushback. John Cheh, CEO of Esquel Group, said in a response to Ross that his company has been “falsely associated with forced labor,” writing: “Let me be clear: Esquel does not use forced labor, and we never will use forced labor. We absolutely and categorically oppose forced labor.”

The new sanctions from the Trump administration come as it has taken a tough stance on China in recent months, especially since the beginning of the coronavirus pandemic. The State Department and Secretary of State Mike Pompeo, in particular, have attacked China for withholding information about the coronavirus, committing "the stain of the century" of human rights violations in its oppression of the Uighurs and over its new "national security" law that tightens Beijing's grip on Hong Kong.

Some attacks have been more general.

"@SecPompeo: We are watching the world unite to come to understand the threat from the Chinese Communist Party," one ominous Sunday night tweet from the State Department's official account read.

The attacks on China are not new, but come after the Trump administration for years sent mixed messages on China.

Trump has railed against China for taking advantage of the United States on trade deals since the 2016 campaign. But he's often praised Chinese President Xi Jinping himself.

Meanwhile, the U.S. has maintained a consistent message against China's claims in the South China Sea during the Trump administration, regularly executing freedom of navigation operations with U.S. Navy vessels. But Trump himself roiled Republicans last fall when he congratulated Xi on his country's 70th anniversary, refraining from any criticism of the Chinese Communist Party (CCP).

Trump himself, according to a book by former National Security Adviser John Bolton, had previously expressed a lack of interest in standing up to China on the Uighur issue -- Trump and many in his administration have condemned Bolton and his book. Yet the administration has worked furiously to freeze out Huawei, a Chinese-controlled tech company, from global 5G networks.

Nevertheless, the Trump administration is now ratcheting up the pressure on China on a variety of fronts, including on the oppression of the Uighurs and the alleged cover-up of the coronavirus earlier this year. Pompeo and Trump have each taken shots at China over the coronavirus in recent days, with Trump saying China "should've never let it out" in an interview on "Fox News Sunday."