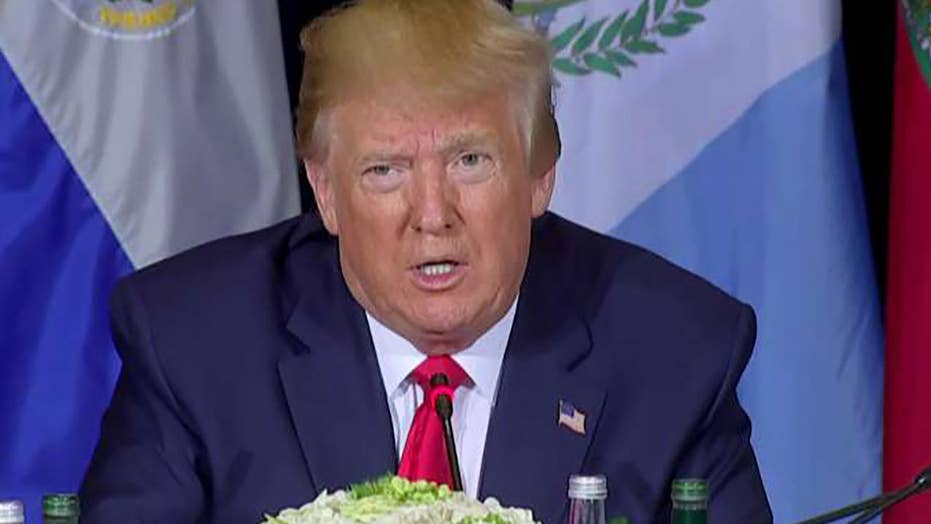 As a political war raged in Washington over President Trump’s controversial call with Ukraine’s leader in which he apparently sought a probe concerning the Biden family, another battle broke out Wednesday -- over the format of the "transcript" of the call itself.

The White House on Wednesday released a document detailing the president’s July phone call with Ukrainian President Volodymyr Zelensky, showing he indeed sought a review of Biden family dealings in the country, though did not explicitly tie the request to U.S. aid.

UKRAINE CALL TRANSCRIPT SHOWS TRUMP SOUGHT BIDEN PROBE, ASKED ABOUT DNC SERVER – BUT MADE NO MENTION OF US AID

But with virtually every aspect of this controversy being disputed, even the format of the document was challenged. The concerns focused on a notation on the document saying it does not represent a "verbatim transcript" but is based on "notes and recollections" of those listening and memorializing the call.

This detail was seized upon by critics to challenge its accuracy, though the administration maintained the document is reliable.

"Trump committed a crime. The White House just gave us proof of a crime. But we think there's more," a Democratic aide told Fox News. "The question is, what are they hiding? This wasn't a full transcript, so how bad is this whole thing?"

New York Democratic Rep. Alexandria Ocasio-Cortez tweeted that “what they are calling a ‘transcript’ isn’t even a transcript. It’s a collection of notes.”

“This is what they are *admitting* to and it’s way above and beyond what is necessary for impeachment,” Ocasio-Cortez said.

Journalists also pushed back against it: “We have to refrain from calling it a verbatim transcript,” tweeted Brian Karem, the Playboy writer and CNN contributor.

However, the Trump administration is defending the accuracy of the document.

A senior Department of Justice official told Fox News that DOJ officials interviewed knowledgeable people about the process for creating the transcript and are confident the document is accurate.

Fox News has learned it reflects the standard process for documenting calls with foreign leaders. It is essentially a compilation of what two Situation Room officers wrote down while listening in on the call in real time. A source familiar with the White House Situation Room staff confirmed that the two transcribers who listened in on Trump’s call are CIA employees detailed to the White House from the agency.

What the White House is calling a “transcript” is as close to a verbatim readout of this call as exists.

An audio recording of the call itself does not exist, as the policy of the Situation Room is that head of state calls are not typically recorded.

The document, declassified by Trump on Tuesday as Democrats are pressing forward with impeachment, indicates that the call – which Trump made from the White House residence -- took place July 25.

“There’s a lot of talk about Biden’s son, that Biden stopped the prosecution and a lot of people want to find out about that so whatever you can do with the Attorney General would be great,” Trump said in the phone call, according to the rough transcript. “Biden went around bragging that he stopped the prosecution so if you can look into it…It sounds horrible to me.”