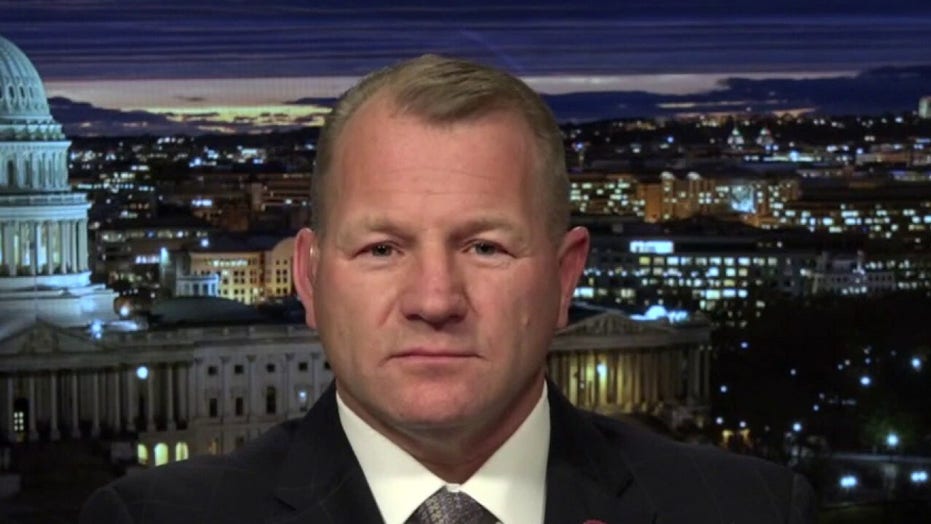 The Biden administration is "aiding and abetting in the crime of human trafficking" by allowing migrant children to be released into the U.S., Rep. Troy Nehls, R-Texas, told "Fox News Primetime" Monday.

NEHLS: You're going to see migrant children being warehoused in camps that are full to the gills right now, and the problem is going to continue to get worse as the days and the weeks and the months progress. He has got to reverse course. This is inhumane.

We have a human trafficking issue. It's an issue across our nation. When you start allowing migrant children to enter our country to be released to a sponsor or a caretaker, which we do very little vetting, the president is complicit in this. He is welcoming these children. It's not only dangerous to the migrant children that are coming across, it's dangerous to the American people. As a sheriff [in Fort Bend County, Texas], I saw it firsthand ...

It's very dangerous. Now the Border Patrol is having to deal with this. They are having a difficult time dealing with migrants coming to checkpoints. What about the individuals that are coming through that are undetected? Those are the dangerous ones that we have to be careful of because those are the drug traffickers, the human traffickers. When they start infiltrating our cities across our great country, it's going to be law enforcement's job to clean up the mess.

The point I'm making here is this is an opportunity. You don't have the Democrat Party. Joe Biden is not calling this a crisis. He calls this an opportunity, because the more migrants that come into this country and those that are already here, when they're talking about amnesty or a pathway to citizenship, what they will do is just trickle these individuals, sprinkle them to swing states that already have a thin margin. Now all of a sudden they are going to be blue. This is a power grab. This is about one-party rule. And we have to stop it. It needs to stop today.