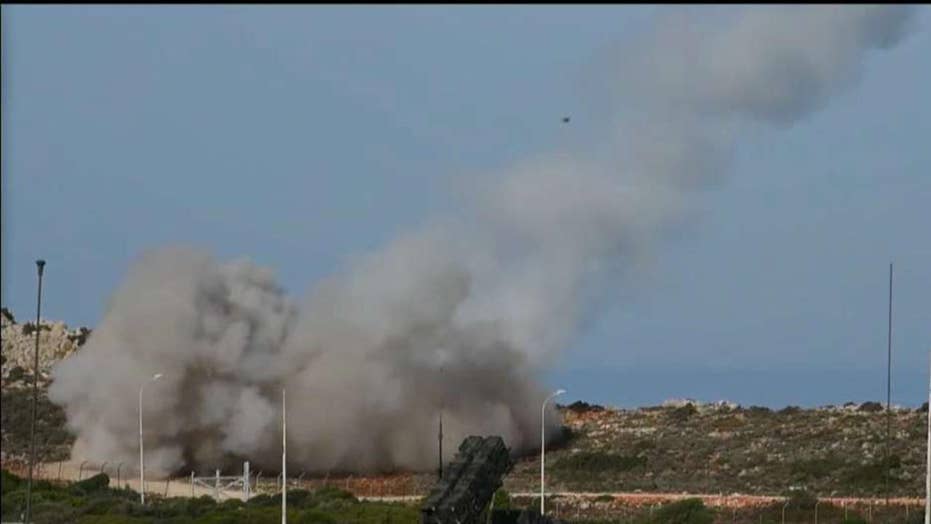 A THAAD missile defense system and two additional Patriot missile batteries are prepared to go if needed, the Pentagon said.

"Other countries have called out Iranian misadventures in the region, and we look for them to contribute assets in an international effort to reinforce Saudi Arabia’s defense," Pentagon spokesman Jonathan Hoffman said.

Last week, Defense Secretary Mark Esper said more troops would deploy to the Middle East as a "defensive" measure to help protect against attacks from Iran.

Esper said the deployment was a first step toward addressing Iran's increasingly violent acts in the region -- including this month's drone attack on Saudi Arabian oil facilities -- and he called on other nations to step up and condemn the attacks.

PENTAGON ANNOUNCES MORE US TROOPS, BUT 'NOT THOUSANDS' MORE, WILL DEPLOY TO MIDDLE EAST

“It is clear […] that the weapons used were Iranian-produced and were not launched from Yemen,” Esper said Friday, noting that all signs indicate “Iran was responsible for the attack."

The purpose of deploying troops and resources is to "send a clear message that the United States supports our partners" and provide a "free flow of resources," Esper said.

The U.S. calls on other countries to also "stand up and condemn the attacks," as well as contribute capabilities, the secretary said.