Hillary Clinton's chief of staff at the State Department was listed as a director at the Clinton Foundation in its corporate records for more than three years after joining the administration, highlighting concerns that Clinton's aides were too close to the foundation during her tenure.

The "William J. Clinton Foundation Corporation" named Cheryl Mills as one its three directors when it applied for nonprofit corporate status in Florida in June 2009-five months after Mills began serving as Clinton's chief of staff and counsel at the State Department.

The organization continued to list Mills as a director in its annual state filings in 2010, 2011, and 2012. During this time, the foundation updated its office address and registered agent on the same documents. Chelsea Clinton replaced Mills in the March 2013 report.

The Florida filings highlight the cozy relationship between Clinton's inner circle at the State Department and the Clinton Foundation, which has come under scrutiny from watchdog groups for accepting money from foreign governments and donors.

Huma Abedin, another close Clinton aide, received a waiver in 2012 that allowed her to do part-time consulting for the foundation while working for the government. She did not publicly acknowledge the work until it was revealed by the New York Times. 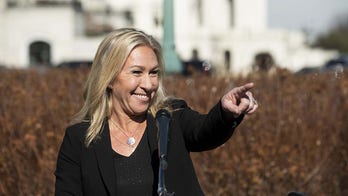