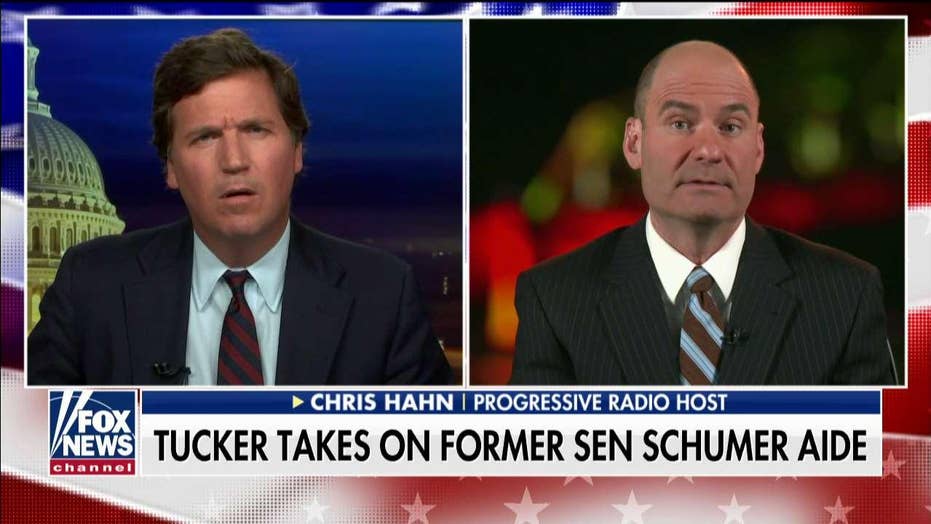 The top Democrat expected to lead the House Judiciary Committee next month claimed on Sunday that if President Trump broke campaign finance laws by arranging hush-money payments to mistresses, he would have committed "impeachable offenses ... in the service of fraudulently obtaining the office."

The comments by Rep. Jerry Nadler, D-N.Y., on CNN's "State of the Union" were striking in part because the 71-year-old congressman was on the Judiciary Committee when it voted to impeach former President Bill Clinton, which Nadler said at the time was tantamount to an attempted coup and a gross abuse of the impeachment power. The House Judiciary Committee initiates impeachment proceedings before they head to a full floor vote.

Meanwhile, Rep. Adam Schiff, D-Calif., said on CBS' "Face the Nation" that "there’s a very real prospect that on the day Donald Trump leaves office, the Justice Department may indict him. ... He may be the first president in quite some time to face the real prospect of jail time."

However, Nadler -- who has said that "impeachment should not be partisan" -- quickly cautioned that not every impeachable offense should actually lead to impeachment.

"They would be impeachable offenses," Nadler told host Jake Tapper. "Whether they are important enough to justify an impeachment is a different question, but certainly they’d be impeachable offenses -- because even though they were committed before the president became president, they were committed in the service of fraudulently obtaining the office."

He added: "An impeachment is an attempt to, in effect, overturn or change the result of an election. You should do it only for very serious situations.”

"If the president perjured himself about colluding with Russians, that would be worthy of impeachment," Nadler said at a forum in September. "Perjury about some real estate deal that happened 10 years ago that the Trump Organization took, that would not be an impeachable offense. It would be a crime."

But legal experts were split on the significance of the plea for Trump, because campaign finance laws are notoriously murky, and Cohen's plea does not necessarily indicate that prosecutors could have successfully prosecuted a campaign finance case against Cohen or Trump.

Cohen was also accused of violating numerous other banking and fraud laws, and could have pleaded guilty to the campaign finance charge to lighten his potential sentence, experts said.

On Sunday, Kentucky Republican Sen. Rand Paul told NBC's "Meet the Press" that the web of federal and state campaign finance laws is so complex that it presents fairness issues.

"There are thousands and thousands of rules. It’s incredibly complicated, campaign finance," Paul said. "We have to decide whether or not really criminal penalties are the way we should approach campaign finance."

That was an apparent reference to a nearly $400,000 fine issued in 2013 by the Federal Election Commission against Barack Obama's 2008 presidential campaign for a slew of administrative violations.

"Nobody - not the president, not anybody else - can be above the law."

In an Op-Ed for FoxNews.com that discussed those Obama violations, former Southern District of New York Assistant U.S. Attorney Andrew McCarthy said his former office was likely to move ahead with an indictment against Trump. Current Justice Department guidelines state that a sitting president cannot be indicted.

On Sunday, though, Nadler said there was "nothing in the Constitution that prohibits the president from being indicted," implying that he did not find the DOJ's separation-of-powers arguments convincing.

"This country originated in a rebellion against the English king," Nadler said. "We did not seek to create another king. Nobody -- not the president, not anybody else -- can be above the law."

McCarthy noted in his Op-Ed, however, that campaign finance violations are difficult to prove criminally, and require a showing that Trump's payment was, in fact, a campaign "contribution" that would not have been made if not to help with his presidential candidacy.

"Those are all questions for another day. The point for this day is that the Cohen case in New York City is not about Cohen," McCarthy concluded. "The president is in peril of being charged."

Separately on "State of the Union," GOP Illinois Rep. Adam Kinzinger said Republicans were not ignoring the potential risks to the White House or their party.

"Of course we're worried," Kinzinger said. "Anytime anything like this is happening, you're worried. What does this lead to?"