Rep. Rashida Tlaib, D-Mich., has never been afraid to voice her opinion. From her calls to shut down U.S. Immigration and Customs Enforcement (ICE) to her push to impeach President Trump, take a look back at her most controversial statements over the past two years.

“In this instance, I allowed my disappointment with Secretary Clinton's latest comments about Senator Sanders and his supporters get the best of me. You all, my sisters-in-service on stage, and our movement deserve better,” she said in a statement.

The moderator at the event in Clive, Iowa on Friday had mentioned remarks by Clinton, in which she had said that “nobody likes” Sen. Sanders, I-Vt.. Clinton beat Sanders in the 2016 Democratic primary before going on to lose to then-candidate Donald Trump in the general election.

But Tlaib, who was seated alongside Reps. Pramila Jayapal, D-Wash., and Ilhan Omar, D-Minn., objected and backed the booing crowd.

In her statement on Saturday, Tlaib said she was “frustrated” by attempts to dismiss the strength of the Sanders movement. 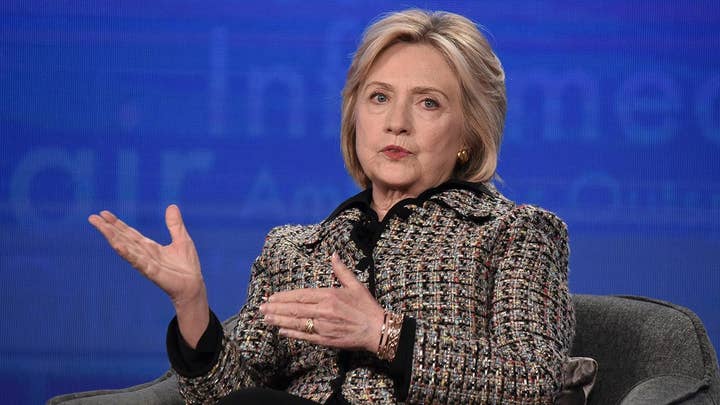 “However, I know what is at stake if we don't unify over one candidate to beat Trump and I intend to do everything possible to ensure that Trump does not win in 2020,” she said.

She went on to say that she will “continue to strive to come from a place of love and not react in the same way of those who are against what we are building in this country.”

Clinton had sparked fury from Sanders’ supporters when she made her comments about the Vermont senator, who is currently surging in the polls ahead of Monday’s Iowa caucuses.

"He was in Congress for years," Clinton says in an excerpt from a documentary. "He had one senator support him. Nobody likes him, nobody wants to work with him, he got nothing done. He was a career politician. It’s all just baloney and I feel so bad that people got sucked into it."

She also complained about the culture Sanders allows to be created around his candidacy.

"It’s his leadership team. It’s his prominent supporters," she said. "It’s his online Bernie Bros and their relentless attacks on lots of his competitors, particularly the women. And I really hope people are paying attention to that because it should be worrisome that he has permitted this culture — not only permitted, [he] seems to really be very much supporting it."