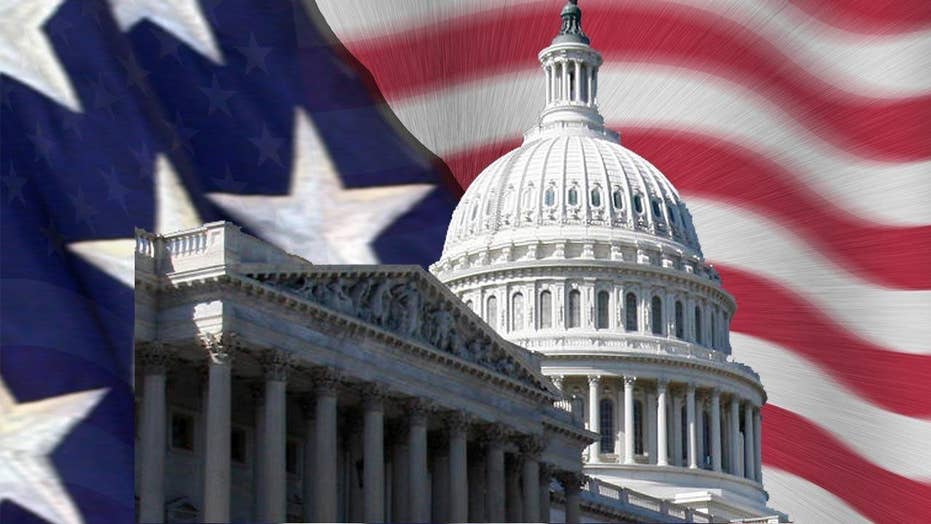 What lies ahead for Capitol Hill?

New concerns as the newest members of Congress arrive for orientation; Mike Emanuel takes a closer look for 'Special Report'

Let’s start with the definition of a congressional “earmark.”

Clause 9(e) of House Rule XXI characterizes an earmark as “a provision or report language included primarily at the request of a Member, Delegate, Resident Commissioner, or Senator providing, authorizing or recommending a specific amount of discretionary budget authority, credit authority, or other spending authority for a contract, loan, loan guarantee, grant, loan authority, or other expenditure with or to an entity, or targeted to a specific State, locality or Congressional district, other than through a statutory or administrative formula driven or competitive award process.”

In other words, if an individual lawmaker stipulates that Congress spend a specific amount of money on a designated project, it’s an earmark.

Earmarks drove the public crazy a decade ago. Voters perceived “earmarks” as symptom of a corrupt, out-of-control spending spree in a Congress gone mad. People heard about then-House Majority Leader Tom DeLay, R-Texas, greasing bills with “earmarks” to coax recalcitrant lawmakers to vote yes. There was a federal inquiry into superlobbyist Jack Abramoff. Then-Rep. Duke Cunningham, R-Calif., pleaded guilty to engineering a “bribe menu” to steer federal contracts to lobbyists who lavished him with antiques and a Rolls Royce. Cunningham spent eight years in jail.

The feds then indicted, tried, convicted and finally cleared the late Sen. Ted Stevens, R-Alaska, for improperly receiving gifts. They poked around the ethics of Rep. Don Young, R-Alaska. Stevens was known as the “Emperor of Earmarks.” The public erupted into a tizzy over the symbol that crystalized all that was wrong in Washington. Congress earmarked $223 million to construct the so-called “Bridge to Nowhere.” Well, the bridge was indeed somewhere. It stretched between Gravina Island and Revillagigedo Island in Alaska. But the question centered on whether the span’s usage justified the expense.

Democrats claimed control of the House and Senate in 2006 on the promise that they would “drain the swamp.”

Democrats immediately ordered up earmark reform. They required transparency, dictating disclosure of who ordered up each earmark. Republicans then moved to bar earmarks. When the GOP won the House in 2010, then-House Speaker John Boehner, R-Ohio, imposed an earmark moratorium. President Obama joined in, saying he wouldn’t sign any bills loaded festooned with earmarks.

But here’s the problem.

Congress struggled for years with ceding power to the Executive Branch. There’s been a particular clamor from Republicans (especially under the Obama administration) to reassert congressional power afforded the legislature under Article I of the Constitution. The Constitution is explicit on which branch maintains the power of the purse.

Congress gets to decide how to spend the money. Earmark supporters argue that if Congress doesn’t guide the funding, bureaucrats or the president will.

Some members of Congress from both parties have long advocated a partial restoration of earmarks. On Wednesday, House Republicans huddled behind closed doors to debate proposed rules changes for the new Congress. Rep. John Culberson, R-Texas, who chairs the House Appropriations panel funding Commerce, Justice and Science programs, crafted a plan to permit earmarks directed to federal, state and local entities. Culberson’s initiative would require earmarks percolate at the subcommittee level. Culberson would prohibit lawmakers from “airdropping” organic earmarks into bills at the last minute.

Rooney contends that limited earmarks could help lawmakers be more effective for their constituents.

“When I go home to my county commissioners, they say ‘Can you shore up the dike around Lake Okeechobee?’ I’m like, ‘no.’ I can write a letter and hope that they listen to me. Which, over at the Army Corps, they probably look at that letter and put it in the shredder. They don’t give a rat’s ass what I think,” declared Rooney. “When I got elected, we could do this. Now we can’t.”

Rooney argued opposition to earmarks is a cottage industry in Washington.

“This is a good way to raise money, scaring people that we’re going back to the days of Duke Cunningham,” said Rooney.

Many Republicans endorsed reinvigorating some restricted forms of earmarks.

“We punished ourselves because we had misbehaved,” said Rep. Mike Simpson, R-Idaho, another Appropriations subcommittee chairman. “We need to take back that authority.”

Not so fast, said Jenny Beth Martin, co-founder of the Tea Party Patriots. Many conservatives like Martin implore Congress to stick to the Constitution and demand more power for Congress. But not when it comes to earmarks.

“Earmarks are going back to business as usual,” said Martin during a visit to Capitol Hill Wednesday. “You wind up having backroom deals.”

And as Martin spoke, House Republicans were on the precipice of voting to reinstate earmarks.

“We just had a ‘drain the swamp’ election,’” Ryan told Republicans, according to a senior House GOP source. “Let’s not just turn around and bring back earmarks two weeks later.”

Fox News is told lawmakers withdrew their earmark proposals and applauded Ryan. The speaker promised an open process to consider earmark reform during the first three months of the new year.

“I think you’re going to see a very refreshing movement to get that power [of the purse] back to the people,” said House Majority Whip Steve Scalise, R-La.

That is unless the public revolts over earmarks like they did a decade ago.

And here’s the great unknown in this entire deliberation. No one knows what President-elect Donald Trump thinks about congressional earmarks. And Mr. Trump’s disposition could dictate what lawmakers ultimately decide.