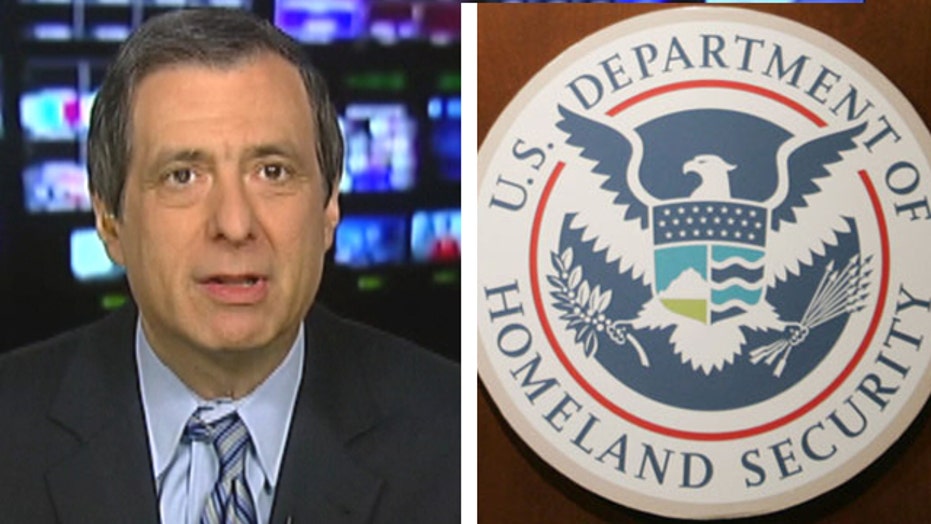 Will the Republicans’ congressional dysfunction in 2015 hurt the party’s chances in 2016?

That’s not some liberal talking point—some GOP lawmakers are very nervous about the prospect.

I happen to think the fear is overstated, and we’ll get to that in a moment.

For all the sound and fury, it was almost an afterthought when John Boehner’s House passed a funding bill for the Homeland Security Department on Tuesday, with Democrats carrying the ball and Republicans supplying just 75 votes. This, of course, was a complete capitulation from earlier threats to shut down the department rather than acquiesce in President Obama’s unilateral order on immigration.

And it came after that embarrassing Friday night cliffhanger when a revolt by the hard-line wing defeated Boehner’s bill for a three-week funding extension, and all the House speaker could muster was a one-week stopgap to avoid having the party blamed for a partial shutdown. The Senate, with Mitch McConnell’s help, had already passed a so-called “clean” bill.

The end result is no one is happy. Based on what they’re telling reporters, many Republicans sound downright depressed.

Politico says GOP lawmakers are “shaken” by the debacle and that “the pessimism is palpable,” with many questioning  “whether their newfound majority can deliver anything significant over the next two years. The fear among House Republicans is that Senate Majority Leader Mitch McConnell will be too quick to heed Democratic demands and push through watered-down bills on education, trade, health care and the budget. And the worry among Senate Republicans is that their House counterparts will scuttle hard-fought compromises that offer the only way to overcome filibusters and get bills to President Barack Obama’s desk."

Here are a couple of sample quotes. John McCain says he hopes Republicans “will all learn that we are not really fulfilling the commitment we made to voters last November. I campaigned for all these Senate candidates, and I said, ‘Look, we are going to govern.’”
Nevada Rep. Mark Amodei says “those people who ran around telling Americans that if both houses are in one party that things are going to start happening, with all due respect, probably oversold it. On just the straight political scorecard, congratulations Sen. Reid, looks like you are still running the Senate.”

Conservative columnist Kathleen Parker says the DHS showdown strategy was “a predictably losing gamble for Republicans” and that “once again, Democrats were handed the opportunity to point out that Republicans aren’t in town to govern. They’re in town to lose…

"A Republican can’t win the presidency if the party more widely is considered not ready for prime time.”

But is that true?

Once a party’s nominee is chosen, he or she drives the campaign and sets the agenda. And that candidate can wave away the GOP’s anemic record on the Hill by saying everything would change with a Republican in the White House: no more veto threats to deter legislation.

Bill Clinton, that master of triangulation, ran against “the brain-dead politics of left and right” in 1992. Once in office, he said many in the Democratic Party had embraced a “politics of entitlement” while the GOP practiced a “politics of abandonment.”

If Jeb Bush, Scott Walker, Mike Huckabee or Chris Christie is the nominee, it would be hard to tar them with the Republicans’ record on the Hill, since they’ve worked in Tallahassee, Madison, Little Rock and Trenton.

And Ben Carson isn’t even a politician.

If Rand Paul or Ted Cruz is the nominee, both have positioned themselves as maverick lawmakers who often oppose the congressional leadership. Both men made a mark by mounting Senate filibusters: Paul against drones targeting U.S. citizens, Cruz reading “Green Eggs and Ham” in a precursor to the government shutdown.

Marco Rubio might have a Capitol problem, given that he worked with the leadership on a bipartisan immigration compromise that never passed. But the Florida senator could cast himself as a Cuban-American outsider who’s only spent a few short years in Washington.

And that encapsulates why bungled votes like the DHS mess won’t much matter in the next election: The white-hot focus on the nominee’s personality, background and positions will totally overshadow questions about congressional tactics that are just static for many voters anyway.

In 2014, Republicans campaigned for Senate control so they could be a unified force against Obama. In 2016, they’ll be asking for the whole ball of wax, with the alternative being Hillary Clinton in the Oval Office. That’s a much easier sell than defending the handiwork of John Boehner and Mitch McConnell.