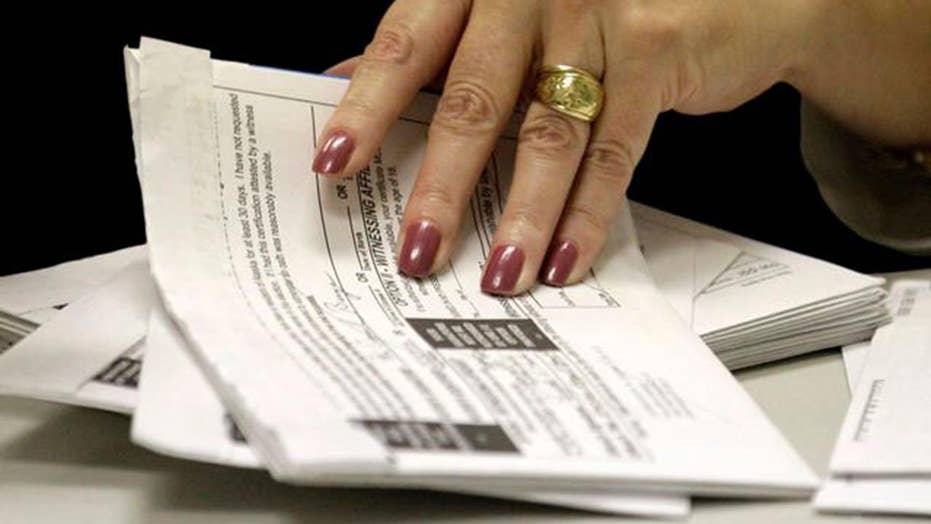 Some Bladen County voters claim people they didn't know came to their homes to collect their absentee ballots.

Texas Attorney General Ken Paxton announced Friday that the state has discovered 95,000 non-citizens on the voter rolls going back to 1996, 58,000 of whom have voted in at least one Texas election  -- an announcement likely to raise fresh concerns about the prospect of voter fraud.

Texas has some of the toughest voter ID laws in the nation and has been one of the main battlegrounds in the Republican-led fight against alleged voter fraud. The office, in a statement, said that 33 people were prosecuted for voter fraud last year, and 97 were prosecuted between 2005-17. There are 16 million people in Texas registered to vote.

“Every single instance of illegal voting threatens democracy in our state and deprives individual Texans of their voice,” Paxton said in a statement.

The New York Times reported that the findings were a result of an 11-month investigation into records at the Texas Department of Public Safety. Gov. Greg Abbott praised the findings and hinted at future legislation to crack down on voter fraud.

"I support prosecution where appropriate. The State will work on legislation to safeguard against these illegal practices," Abbott tweeted.

The Texas numbers, though, were subsequently called into question when reports surfaced that local officials were told some of the names were included "in error," in part because many whose names appeared on the list may have become naturalized citizens and therefore cast legal ballots. Texas reportedly has since walked back the claims.

President Trump created a commission in 2017 to investigate allegations of voter fraud in the 2016 election. But it was eventually dismantled by Trump after the group faced lawsuits, opposition from states and in-fighting among its members.

Trump said at the time that Democrats refused to hand over data “because they know that many people are voting illegally.” Democrats have dismissed claims of voter fraud and accused Republicans of trying to disenfranchise minority voters with tight voter ID laws.

Dallas state Rep. Rafael Anchia told The Associated Press that "because we have consistently seen Texas politicians conjure the specter of voter fraud as pretext to suppress legitimate votes, we are naturally skeptical."

Paxton’s office noted that there have been a number of convictions of voter fraud in the state in recent years, including a charge against a non-citizen this month for illegal voting in Navarro County.