Texas Gov. Greg Abbott calls on the president to step up, secure the border and enforce immigration laws.

Texas Gov. Greg Abbott on Thursday issued an executive order that allows Texas law enforcement to return illegal immigrants apprehended in the state back to the U.S. border -- just as counties have urged him to declare the migrant crisis an "invasion."

Abbott’s order allows Texas National Guard and the Texas Department of Public Safety (DPS) to apprehend and return illegal immigrants, who have crossed between ports of entry, to the southern border. Under the order, illegal aliens will be taken to the U.S., but not into Mexico.

"While President Biden refuses to do his job and enforce the immigration laws enacted by Congress, the State of Texas is once again stepping up and taking unprecedented action to protect Americans and secure our southern border," Abbott said in a statement. "The cartels have become emboldened and enriched by President Biden's open border policies, smuggling in record numbers of people, weapons, and deadly drugs like fentanyl."

"I have authorized the Texas National Guard and Texas Department of Public Safety to begin returning illegal immigrants to the border to stop this criminal enterprise endangering our communities," Abbott said. "As the challenges on the border continue to increase, Texas will continue to take action to address those challenges caused by the Biden Administration."

Abbott has taken a number of dramatic measures to cope with the flood of migrants hitting the state, including busing migrants to Washington, D.C. Last year, the state surged resources and law enforcement to the border under the still-ongoing Operation Lone Star in order to arrest those entering the country illegally.

Meanwhile, the state has sued over Biden administration policies, most recently arguing before the Supreme Court in a bid to stop the unraveling of the Trump-era Remain-in-Mexico policy. But the high court ultimately decided the administration can end the program. Texas has been successful so far in a lawsuit to stop the narrowing of Immigration and Customs Enforcement (ICE) priorities by the Biden administration.

The administration, meanwhile, is investigating Operation Lone Star for potential civil rights violations, according to state records. The Federal Coordination and Compliance Section of the DOJ's Civil Rights Division sent a letter to the Texas Department of Public Safety (DPS) on May 16, saying that they've been made aware of potentially unlawful activity related to the border security mission.

Abbott’s order comes after multiple Texas counties this week declared the crisis an "invasion" and urged Abbott to do the same -- arguing that it would give the state greater powers, including returning illegal immigrants into Mexico itself.

A number of House lawmakers have also called for such a move. 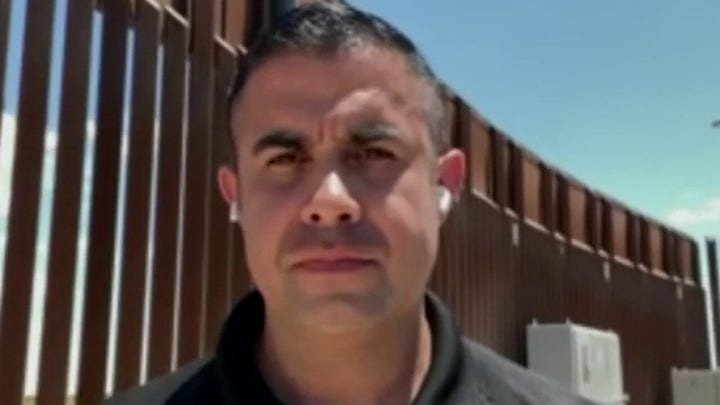 Rep. Chip Roy, R-Texas, who had appeared alongside the county officials on Tuesday, told Fox News’ "America’s Newsroom" that Texas needed to fill the gap where the Biden administration was failing.

Abbott has so far not issued such a declaration, but his executive order did mention the word "invasion," saying the Biden administration has "abandoned the covenant, in Article IV, § 4 of the U.S. Constitution, that '[t]he United States…shall protect each [State in this Union] against Invasion…'"

However, the Center for Renewing America, which has been urging state governors to make an invasion declaration, was dismissive of Abbott’s latest executive order.

"We acknowledge Governor Abbott’s recognition that the facts on the ground along with border comport with the Constitution’s understanding of an invasion," Russ Vought and Ken Cuccinelli, who both served in the Trump administration, said in a statement.

"However, the Governor does not appear to formally declare an invasion nor direct the National Guard and [DPS] to remove illegals across the border directly to Mexico," they say. "That is critical. Otherwise this is still catch and release."