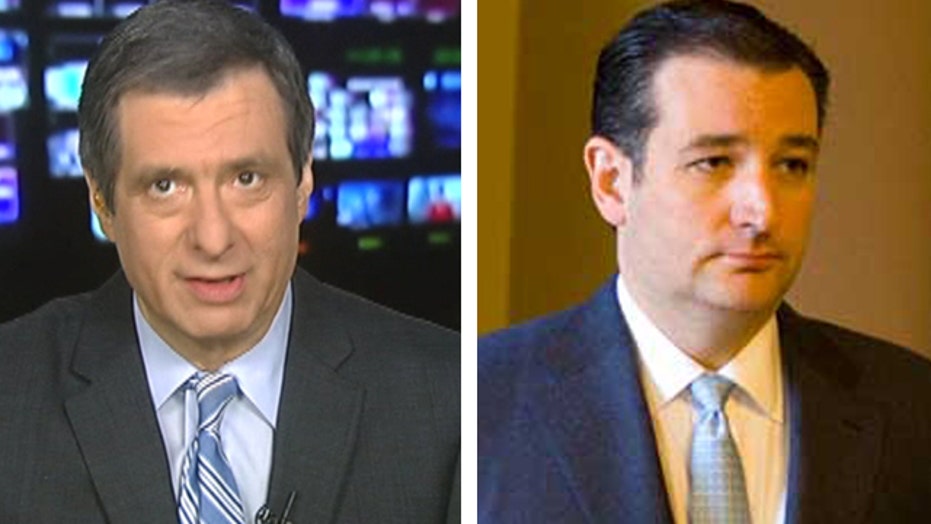 It’s not every day that a presidential candidate refers to himself as Freddy Krueger.

After all, the image of a serial killer using a razor-equipped gun to kill sleeping victims is not exactly reassuring, even for an aggressive politician.

But Ted Cruz used that bit of self-deprecating humor to highlight the absurdity of his latest coverage.

As you’ve probably seen, the Texas senator, gearing up for a White House run, was speaking to a New Hampshire gathering over the weekend when he declared that “the whole world is on fire.”

Suddenly a small voice from the crowd said: “The world is on fire?” Cruz played the 3-year-old girl’s question for laughs, then told the child that her mommy and everyone else in the room would make sure the world is even better.

Great yarn, huh? And we all got to be a little childish.

As New York put it: “Mommy, why is that mean man yelling at me? a 3-year-old named Julie Trant must have thought to herself on Sunday afternoon, when her parents brought her to a Ted Cruz speech in Barrington, New Hampshire. Forced to sit scarily close to the spittle-spewing angry monster posing as a junior senator from Texas, Julie was understandably confused and scared…”

By yesterday, Cruz’s frustration was evident on MSNBC. “This has blown up in the media,” he said on “Morning Joe.” “Every reporter has written about it. It’s gotten worse and worse. It was first ‘Girl Startled.’ Then it became ‘Girl Terrified.’ By the end of it I’m Freddy Krueger torturing this girl in her nightmare.”

So why let the facts get in a way of a funny anecdote?

The girl’s mother, Michelle, told WRKO radio that her daughter was “quite happy” after the speech: "She really, basically was like 'oh, oh, this is a great man.' He's the firefighter in her mind as a three-year-old. And was quite happy and she wanted a cookie."

Michelle Trant, appearing with her distracted daughter on “Fox & Friends,” said Julie had been playing a phone game at the time and asked whether Cruz was on her favorite Nickelodeon show, “Paw Patrol.”

Julie then interrupted to say, “I’m playing my game. Stop.”

As for the coverage, Michelle said, “I’m very upset that they portrayed him as evil…and never once did they ask me or my daughter what really happened.” And she said the few reporters she spoke to at the event did not use her full explanation.

Now this is one of those little blips that will be forgotten in a week. But it’s still revealing.

These dumb little episodes seize the space that otherwise might be devoted to a bit of substance. So with some exceptions, Cruz didn’t make news on what he said or did in New Hampshire, except as an intimidator of children. His comments on signing the open letter to Iran’s leaders on nuclear negotiations were totally overshadowed. (Cruz noted that the local press in New Hampshire covered the issues he discussed while the national press was all about Toddlergate, like “Mars and Venus.”)

But I wonder if there’s an undercurrent here that the freshman senator is, well, kinda scary (MSNBC often uses the banner “CRUZ MISSILE”). If the same thing had happened to Joe Biden, would the headlines be treating him as a vampire veep? Or would the coverage be more light-hearted about Joe being too juiced up?

Cruz would like to scare one group, his Republican rivals. But for the moment he is busy cleaning up after a media-manufactured controversy.