Sen. Ted Cruz, R-Texas, accused the Defense Department of "religious discrimination" Monday in a strongly-worded letter that pressed Defense Secretary Mark Esper on how his department planned to address "its culture of hostility towards religion."

"The Department must do better. It must take affirmative steps to stop those in its ranks from targeting religious individuals and violating the United States Constitution," Cruz said.

He specifically sought information on whether the department had brought discipline in a case involving a Christian Air Force veteran, Jay Lorenzen, who was slated to speak at an annual training for Marine Corps (USMC) JAG reservists last month. The talk was scrapped after the Military Religious Freedom Foundation (MRFF) relayed its reservist clients’ concerns about Lorenzen’s beliefs influencing his remarks.

MRFF President Michael Weinstein told Fox News that Cruz's letter was "ridiculous" and "nothing more than red meat being thrown to the fundamentalist Christian electorate that's out there." 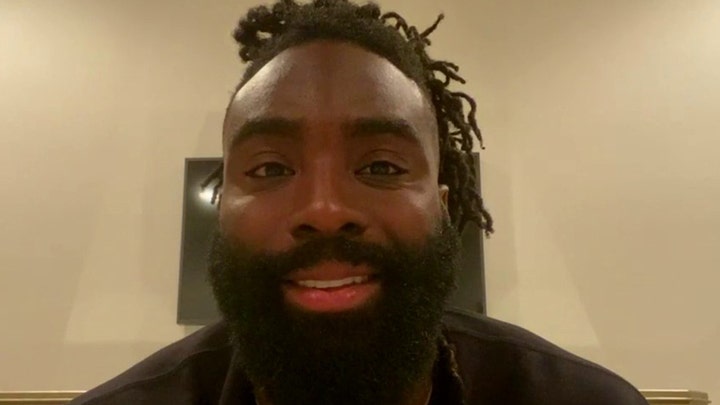 Weinstein similarly called for discipline in the Lorenzen incident but said the punishment should be applied to whoever approved Lorenzen to speak. He told Fox News on Monday that he hasn't received any updates on potential reprimands.

A class itinerary provided by MRFF shows Lorenzen was scheduled for three presentations on “leadership.” Although the document doesn’t explicitly indicate religious instruction, Weinstein pointed Fox News to an included biography that highlighted, among other things, Lorenzen’s work with Campus Crusaders for Christ. The bio also links to a separate event -- “Life and Leadership: Reflections from a Lazy River” -- in which Lorenzen tours the Civil War battlefield at Gettysburg and offers Christian instruction.

First Liberty Institute, which represents a JAG reservist opposed to the cancellation, told Fox News that Lorenzen wouldn't have included religious elements in his talk. Lorenzen himself has declined to comment on the situation.

“We are grateful for Sen. Cruz’s tireless defense of religious liberty and his dedication to our service members," First Liberty Special Counsel Jeremy Dys said on Monday. "He is due an answer for why the Department of Defense appears to be  ‘vetting’ speakers according to their religious.  No one should be canceled because of their religious beliefs.”

The USMC declined to comment and Esper's office did not immediately respond to Fox News' request for comment. The USMC previously provided a statement confirming the cancellation but not explaining why.

“A virtual battlefield tour of Gettysburg using a video from the National Park Service was scheduled as part of the annual training. Some of the participating Marines raised concerns about a former military officer who volunteered as an outside virtual presenter. In response to the concerns, the leadership of the unit decided to keep the virtual training internal to the Marines," said Capt. Joseph Butterfield, Communication Strategy & Operations Officer

"The DoD officials at the meeting acknowledged the rise in communication between commands across the globe and outside groups that seek to intervene in matters involving religious liberty," the aide said in an email to Fox News. "In response to these, the officials at the meeting recognized that there must be adequate training for commanders to ensure they handle such attempts at intervention correctly according to DoD policy and the practices of each branch." 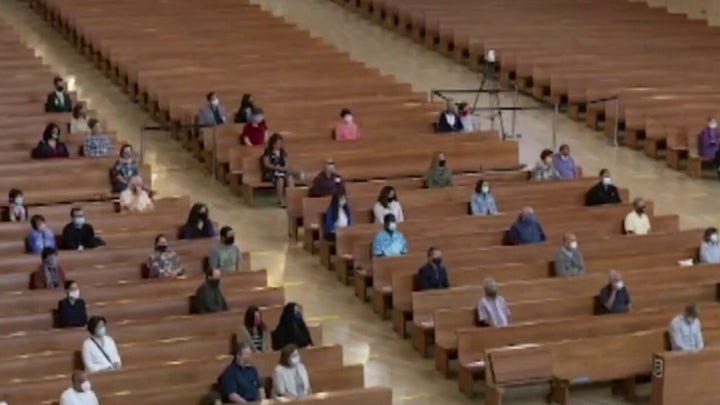 In a June letter, Cruz called out Weinstein's group as "waging a campaign against the chaplaincy, and frankly, against religious freedom in the military generally."

Weinstein maintains that many JAGs complained to him about Lorenzen and that he "represents just under 70,000 active duty sailors, soldiers, Marines, airmen, cadets, midshipmen, DoD civilian personnel, and veterans." That includes, he said, about 95% who are practicing Christians.

Both MRFF and Retired Army Col. Lawrence Wilkerson sought to participate in Collins' meeting with DoD, but Collins' office told Fox News it was only open to DoD officials and members of Congress. Wilkerson, a member of MRFF's advisory board, told Fox News last month that it was difficult for him to believe that Lorenzen wouldn't "resort" to religious language when discussing leadership.

"In the past when we've dealt with people like this, we have been more than reinforced in our views," he said, noting that's he's spoken with others who have allegedly attended Lorenzen's events. He also indicated that religious talks could disrupt cohesion among service members, who have become increasingly more diverse in their religious views.