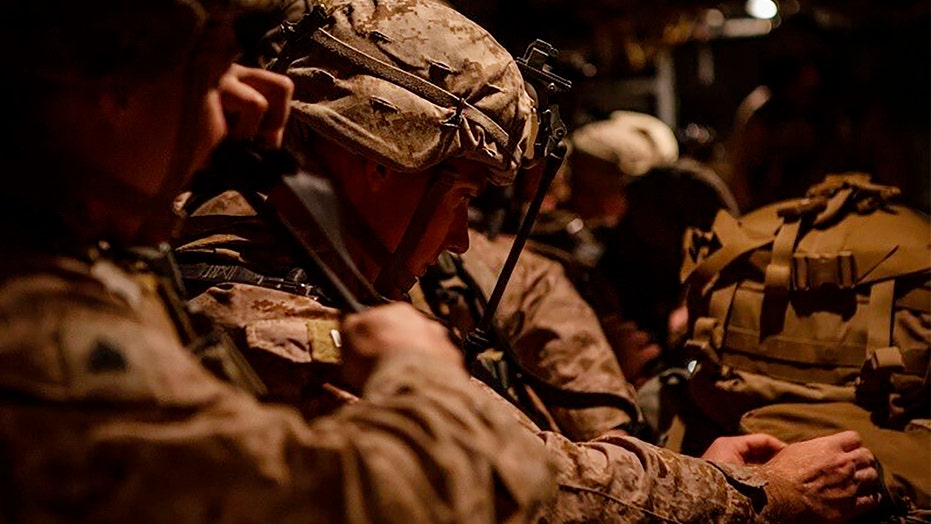 The U.S. Marine Corps (USMC) is facing backlash from both sides of the religious liberty debate after it planned a training session that was later canceled over the speaker’s background in Christianity -- fueling Congressional scrutiny of both the military and the nonprofit which appeared to prompt the cancellation.

Air Force veteran Jay Lorenzen was slated to speak at an annual training for JAG reservists on Friday, but that came to a screeching halt after the Military Religious Freedom Foundation (MRFF) relayed its reservist clients’ concerns about Lorenzen’s beliefs influencing his talks. An MRFF press release boasted on Saturday that its president, Michael Weinstein, was able to obtain a cancellation within just 64 minutes.

Rep. Doug Collins, R-Ga., told Fox News on Monday that he was “appalled” by the USMC’s “willingness to quickly cave to Mikey Weinstein’s atheist demands to eradicate Christianity from our military.”

“While the Department of Defense has a long history of willfully ignoring the religious freedom of its service members, banning a former Air Force Academy professor from leading a Marine Corps training because of his Christian beliefs is absolutely unconscionable. I look forward to discussing this with Department of Defense officials at our meeting on Thursday,” said Collins, a military chaplain.

Weinstein maintains that the USMC’s session was unconstitutional, as evidenced by more senior officials’ quick cancellation.

“The fact that the Marine [senior] leaders called back on my personal cell phone 64 minutes later and simply said ‘done’ following up with that confirming email makes it QUITE clear that the senior leadership in Washington agreed with us 100%.”

Weinstein added that the officials involved in planning the session should receive “visible and aggressive punishment.”

Their actions, he said, were “[a] complete disgrace in violation of the constitutional prohibition against establishing religion,” as well as military policy.

The USMC provided a statement confirming the cancellation but not explaining why.

“A virtual battlefield tour of Gettysburg using a video from the National Park Service was scheduled as part of the annual training. Some of the participating Marines raised concerns about a former military officer who volunteered as an outside virtual presenter. In response to the concerns, the leadership of the unit decided to keep the virtual training internal to the Marines,” said Capt. Joseph Butterfield, Communication Strategy & Operations Officer.

When asked for additional details, the USMC declined to provide additional comment.

A class itinerary provided by MRFF shows Lorenzen was scheduled for three presentations on “leadership.” The first presentation is titled “Leadership Principles Drawn from the Physical Battlefield that Have Application to Other Arenas,” while the other two read: “Leaders Learn the Language of Leadership.”

Although the document doesn’t explicitly indicate religious instruction, Weinstein pointed Fox News to an included biography that highlighted, among other things, Lorenzen’s work with Campus Crusaders for Christ -- which focuses on spreading the Christian faith. The bio also links to a separate event -- “Life and Leadership: Reflections from a Lazy River” -- in which Lorenzen tours the fields of Gettysburg and offers Christian instruction.

Weinstein took issue specifically with the event’s promise to provide information on “The Gospel Courageous and the Gospel Corrective Leader.” The event’s website further directs visitors, prior to arrival, to “please” read “In the Name of Jesus” by Christian author Henry Nouwen.

First Liberty Institute, which represents a JAG reservist opposing the cancellation, maintains that those elements would not have been included in the event. “That’s a class this guy does on his own time as a free citizen. This isn’t what the Marine Corps hired him to do,” First Liberty Special Counsel Jeremy Dys told Fox News. It’s unclear whether this is true or what Lorenzen intended. He declined to comment for this story.

Dys worried on Monday about the military caving to “cancel culture,” and eventually excluding individuals from service based on their beliefs.

“From Article VI of the U.S. Constitution to cases like Trinity Lutheran to numerous DOD policies, the law is clear: the government cannot require a religious test for office, nor insist that religious people be excluded from benefits—like teaching to a class of Marine Corps JAG’s—because they are religious. Americans expect their military to prepare for battle, not cater to the cancel culture,” he said.

In a statement provided to Fox News, his client, who’s unnamed due to fear of retaliation, said he and others were “furious that the Marine Corps would cancel what was anticipated as one of the highlights of our reserve duty.”

“Even more infuriating,” he added, “is the fact that the cancellation was based on a false allegation. We’re here to become better Marine officers by studying one of the most important battles in American history. And that was stolen from us by a lie.”

Both Dys and Weinstein indicated that their clients faced potential retaliation for their views. Weinstein specifically alleged the USMC created a “toxic” work environment -- a claim on which the marines declined to comment.

Weinstein claims to represent multiple reservists who saw Lorenzen’s invitation as extremely disturbing. According to MRFF, one of its clients said: “The speed, urgency, efficiency and lethality that you and your MRFF team deployed to expeditiously shut down this unethical un-American proselytizing event was awe inspiring.” When pressed for evidence of “proselytizing,” MRFF referred to the website and materials cited earlier in this article.

The group’s recent win was just the latest in a series of moves opponents have described as a relentless effort to strip service members of their religious liberty. Weinstein told Fox News that he had no problem with Lorenzen’s or other’s faith, but maintained that the Christian speaker’s invitation represented another violation of the First Amendment.

The MRFF previously grabbed headlines for wanting to remove Bibles on POW/MIA tables in VA centers. It also caught criticism for sending a letter requesting a discipline for a military chaplain who sent an email that mentioned a pastor's book about the coronavirus and Christianity.

"During this global pandemic, the Military Religious Freedom Foundation (MRFF) has been waging a campaign against the chaplaincy, and frankly, against religious freedom in the military generally," he said.

Collins has similarly urged the Defense Department to allow troops to attend off-base religious services. Earlier this month, he proposed an amendment that, according to a press release, would "prevent the Department of Defense from issuing any guidance, order, or regulation that restricts – on the basis of public health – any service member’s attendance at religious services or gatherings if similar guidance does not exist for other gatherings."

In an email to Fox News, the MRFF called that amendment "absurd."