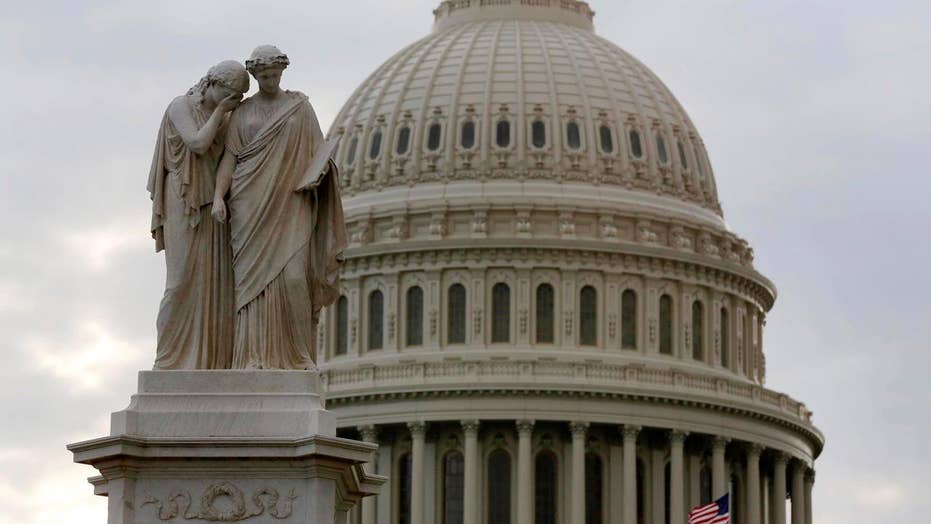 Does tax reform have the votes to get to Trump's desk?

Rep. Fred Upton (R-Mich.) on the tax reform push and the proposed spending bill in the House.

Congressional Republican negotiators are preparing to unveil the final version of their sweeping and historic tax plan, aiming to muscle it through the House and Senate next week.

The details are still being finalized, but reports reflect a series of compromises being struck to bridge the differences between the House and Senate versions.

“We still have our work to do,” House Ways and Means Committee Chairman Kevin Brady, R-Texas, told reporters on Wednesday. “I’m not going to comment on where we’ve reached common ground, but to say we continue to reach common ground. And I’ll tell you, I am excited about this pro-growth tax plan.”

Here’s a look at what’s in and what’s out of the final bill for now.

The House and Senate bills previously slashed the corporate tax rate from 35 percent to 20 percent. The compromise package is said to cut the rate to 21 percent instead, with the added revenue going to fund other compromises.

Negotiators are looking to cut the top income tax rate – from 39.6 percent to 37 percent.

The top tax rate currently applies to income above $470,000 for married couples, though lawmakers are reworking the tax brackets.

The standard deduction also would be nearly doubled, to $24,000 for married couples, for those who do not itemize their deductions.

One of the major differences between the House and Senate versions of the tax bill was a provision in the Senate bill to repeal ObamaCare’s individual mandate, the requirement for individuals to buy health insurance. The new package is expected to retain that provision, calling for the repeal of the mandate.

Many Democrats warn dropping the mandate could further disrupt the insurance markets by triggering an exit of healthy, paying customers while in turn reducing the number of insured Americans. Republicans see the mandate as a government overreach and have tried repeatedly to get rid of it. Scrapping the individual mandate would free up more than $300 billion, by reducing the amount of subsidies being paid by the federal government to fund coverage for lower-income folks forced to buy health insurance.

These are being restored. Earlier versions included a provision that would have eliminated the deduction for interest on student loans. This controversial provision is now gone, aides told The Associated Press. Also, the bill would no longer start taxing graduate-school tuition waivers, the aides said.

One of the biggest points of contention in the tax bill has been how to deal with state and local tax deductions, known as SALT.

The bill in play now would allow families to deduct up to a total of $10,000 in local property and state and local income taxes. The deduction is especially important to residents of high-tax states like New York, New Jersey and California. Under current law, all such taxes can be deducted, but the compromise cap comes after the Senate initially floated the idea of scrapping the deduction altogether before backing off.

The bill also would let homeowners deduct interest only on the first $750,000 of a new mortgage, down from $1 million.