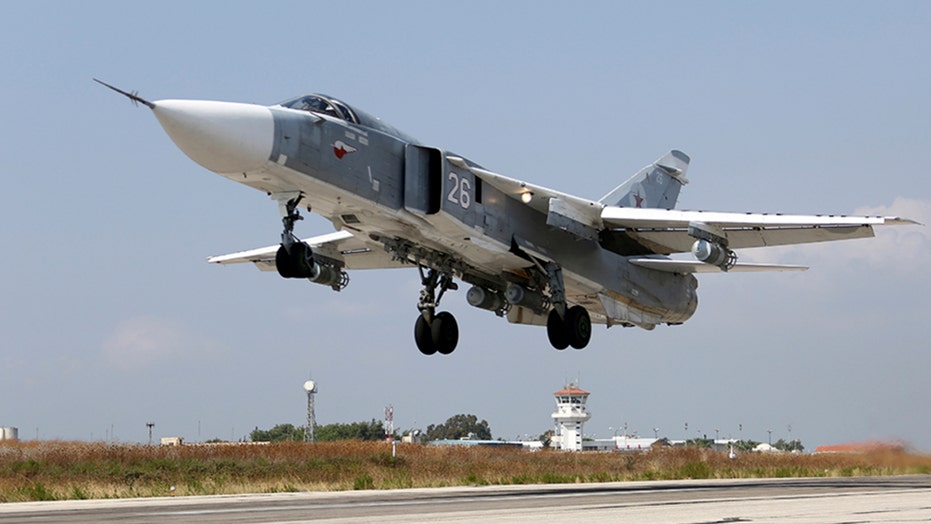 Russian jets come dangerously close to US drones over Syria

The Syrian government has moved almost all of its operational aircraft -- both jets and helicopters -- to a Russian airbase in Syria for protection from another possible round of U.S. airstrikes, Fox News has confirmed.

The movement of the aircraft to the base at Bassel Al-Assad International Airport began soon after the U.S. Navy on April 6 launched 59 Tomahawk missiles at the Shayrat Airbase in Syria.

Nearly two-dozen Syrian jets were destroyed at Shayrat Airbase during the cruise missile strike, launched from the USS Porter and USS Ross, two destroyers in the eastern Mediterranean.

“There is a clear sense of paranoia,” a senior defense official told Fox News about the movement of large numbers of Syrian aircraft after the strike.

U.S. Secretary of Defense Jim Mattis initially said 20 percent of Syria’s air force had been destroyed in the cruise missile attack, but later backtracked and said that 20 aircraft had been rendered inoperable.

The Russian airbase is where Moscow keeps dozens of jets and helicopters of its own and is protected by advanced fourth-generation air defense systems.

Russia said it would help Syria beef up its defenses in the wake of the U.S. cruise missile strike, and many see this as a sign they are following through.

Senior military officials at the Pentagon say the Syrian airbase was targeted because of its involvement in the chemical attack involving sarin gas, which killed over 70 civilians including women and children in northern Syria on April 4.  It was meant to send a message to the Assad regime not to use chemical weapons.

U.S. officials have yet to determine whether a Syrian or Russian jet bombed the hospital because the Syrian Air Force fly Russian-made jets.