James Comey slams the release of the FISA memo

A newly released Inauguration Day email in which Obama national security adviser Susan Rice detailed a meeting with the outgoing president, James Comey and others is raising new questions for the former FBI boss, considering he never mentioned such a sit-down in Senate testimony last June.

In his opening statement at the time to the Senate Intelligence Committee, Comey downplayed his meetings with then-President Barack Obama, contrasting them with the numerous conversations he had with President Trump before his firing.

“I spoke alone with President Obama twice in person (and never on the phone) – once in 2015 to discuss law enforcement policy issues and a second time, briefly, for him to say goodbye in late 2016,” Comey said in his written statement. 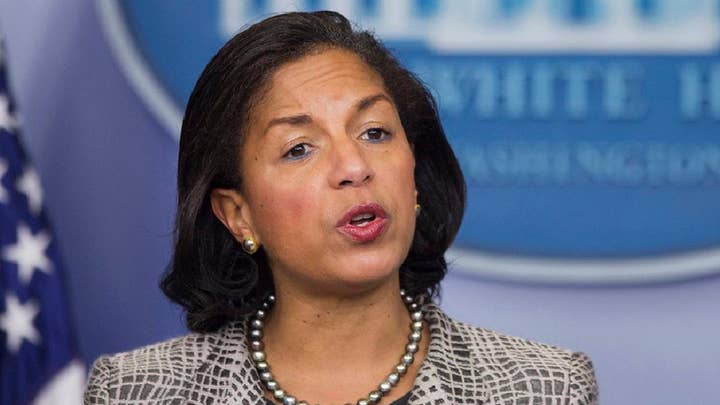 “President Obama began the conversation by stressing his continued commitment to ensuring that every aspect of this issue is handled by the Intelligence and law enforcement communities ‘by the book,’” Rice wrote. “The president stressed that he is not asking about, initiating or instructing anything from a law enforcement perspective. He reiterated that our law enforcement team needs to proceed as it normally would by the book.”

Technically, the Rice email does not outright contradict Comey’s testimony. He said only that he met “alone” with Obama in 2015 and 2016. The January 2017 meeting involved multiple officials – but it’s unclear why it would go unmentioned.

In a letter pressing Rice for an explanation of the email, Grassley and Graham posed several other questions regarding Comey’s role in the meeting. Specifically, they asked whether Comey mentioned potential press coverage of the controversial anti-Trump dossier and whether he described the FBI’s relationship with dossier author, former British spy Christopher Steele.

In a recent memo, House Intelligence Committee Republicans said the dossier was critical in the application for a surveillance warrant against Trump associate Carter Page. Democrats say that memo is misleading and are pushing to release their own version. 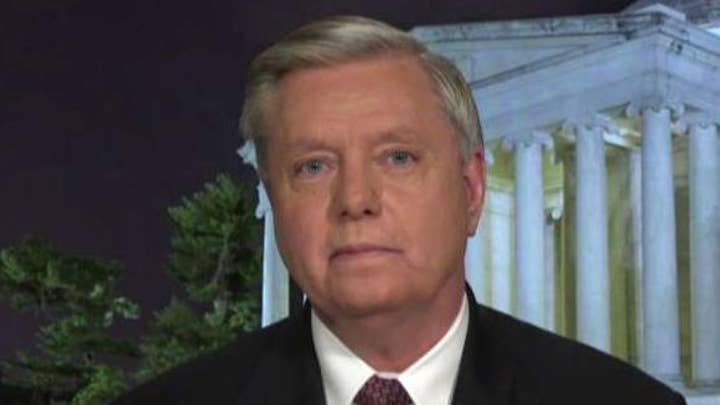 Speaking Monday night on Fox News' “The Story with Martha MacCallum,” Graham said he wants to know what Comey said when Obama urged the investigation be done “by the book.” Graham questioned whether Comey mentioned that the “source” of information for the warrant came from a “paid operative of the Democratic Party.” Steele’s research was funded through Fusion GPS with help from the Democratic National Committee and Clinton campaign.

“This is the oddest conversation I can imagine,” Graham said in reference to the Jan. 5, 2017, meeting.

Rice also wrote that Obama said “he wants to be sure that, as we engage with the incoming team, we are mindful to ascertain if there is any reason that we cannot share information fully as it relates to Russia.”

She added: “The President asked Comey to inform him if anything changes in the next few weeks that should affect how we share classified information with the incoming team. Comey said he would."

Rice’s attorney Kathryn Ruemmler, however, said there was “nothing ‘unusual’” about Rice “memorializing an important discussion for the record.”

“The Obama White House was justifiably concerned about how comprehensive they should be in their briefings regarding Russia to members of the Trump transition team, particularly Lt. General Michael Flynn, given the concerning communications between him and Russian officials,” Ruemmler said in a statement to Fox News.

Despite suggestions by Grassley and Graham that the meeting touched on the Trump dossier, she said: “The discussion that Ambassador Rice documented did not involve the so-called Steele dossier.”