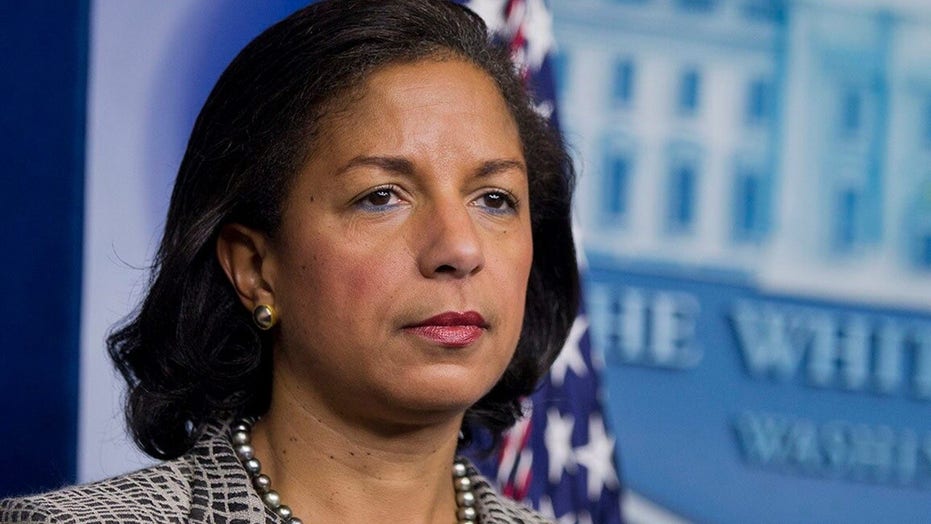 Susan Rice on the Biden ticket would be dangerous for America, Rep. Waltz warns

Republican Rep. Michael Waltz says Obama's former national security adviser as vice president would be a 'total debacle' and 'slap in the face' to the U.S. military.

Susan Rice, a top contender in the race to become Joe Biden's running mate, is under increased scrutiny from progressives for her deep financial ties to the Keystone Pipeline and other fossil fuel and energy companies.

Rice, the former national security adviser to President Barack Obama, had investments in at least five such companies, including as much as $100,000 in TransCanada, the company that owned the controversial Keystone Pipeline, according to her last public financial disclosure form.

BIDEN CAMPAIGN SHELLING OUT $280M FOR AD BUY IN 15 STATES

She also listed more than $1 million invested in the Candian pipeline firm Enbridge and more than $2 million divided between three oil companies that have been active in the oil sands of northern Alberta: Cenovus Energy, Imperial Oil and Encana Corp. (rebranded earlier this year as Ovintiv Inc.).

"It’s disappointing, obviously," Natalie Mebane, the associate director of U.S. policy at the environmental nonprofit 350.org, told Fox News. "We very much believe that whether it's pension funds or banks or insurance companies or individuals, that we should do our best to divest from fossil fuels, because that's what's still spurring it, in terms of new projects."

It's not the first time that Rice has drawn criticism for her extensive investments in the fossil fuel and energy industry. In 2012, during her unsuccessful bid to replace Hillary Clinton as secretary of state, activists circulated a petition urging Obama to select someone else.

At the time, her disclosures showed that she and her husband, whose combined net worth is estimated to be between $23.5 million and $43.5 million, had as much as $600,000 invested in TransCanada. She also owned stock in Enbridge, Encana and Cenovus, as well as Chesapeake Energy, Devon Energy and Royal Dutch Shell.

"Her massive financial holdings in tar sands extraction in Canada – as well as in many other fossil fuels as revealed by the Natural Resources Defense Council – expose her blatant disregard for protection of the environment or the need to shift our energy consumption to renewables," the petition read.

In her 2019 book, "Tough Love: My Story of the Things Worth Fighting For," Rice described the negative media coverage she experienced for her holdings while being considered for the position. “This was a particular red herring, as all I would have needed to do was recuse myself, which I did as national security adviser," she wrote.

Dogged by her role in the Obama administration's response to the 2012 Benghazi terror attack, Rice ultimately lost the position to John Kerry.

Should Rice end up as the vice president, she would be the first Black woman to ever hold the office. Prior to working in the Obama administration, Rice worked at McKinsey & Co., the international consulting firm whose operations are generally shrouded in secrecy, and served in the Clinton administration.

Mebane said she would expect Rice to shed her vast holdings in the fossil fuel and energy industries if Biden taps her as vice president.

"It would be completely necessary," she said.