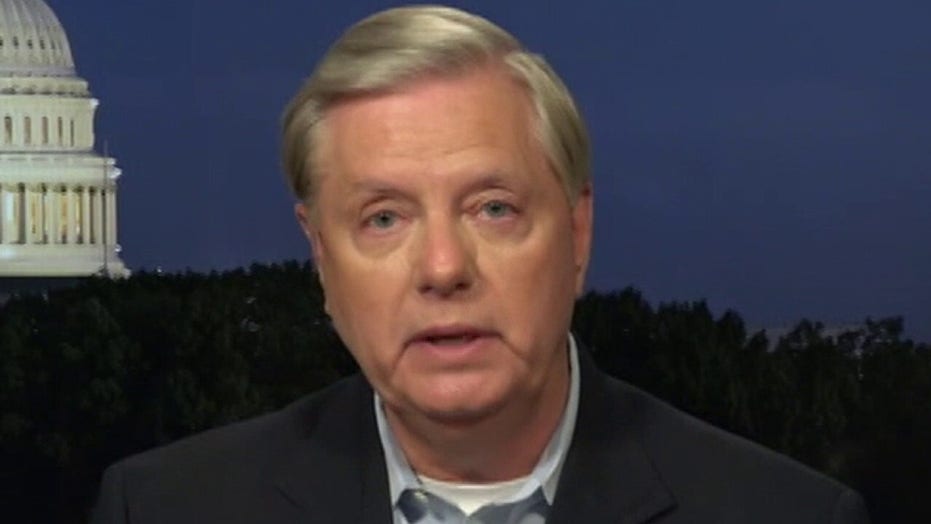 As the nation awaits who President Trump will nominate as the next Supreme Court justice to replace the late Justice Ruth Bader Ginsburg, some left-wing groups are pushing lawmakers to delay the nomination process until after the November presidential election.

Somber mourners have paid respect to Ginsburg outside the Supreme Court in Washington, D.C., but other protesters have also gathered outside the homes of Senate Majority Leader Mitch McConnell, R-Ky., and Senate Judiciary Committee Chairman Lindsey Graham, R-S.C.

Both lawmakers are on board with Trump's intent to nominate a new Supreme Court justice this month, prompting action from left-wing groups like Sunrise Movement and ShutDownDC.

The biggest donation to the Sunrise Movement this election cycle is $500,000 from The Sixteen Thirty Fund, according to Open Secrets. Politico reported on The Sixteen Thirty Fund in 2019, noting that it spent $141 million on more than 100 left-wing causes during the midterm election year – from pushing back against the nomination of Supreme Court Justice Brett Kavanaugh to weighing in on voting laws and minimum wage ballot measures. Politico described it as an "unprecedented gusher of secret money" that boosted Democrats and liberal causes.

Louisville Metro police officers attempt to get protesters out of the street during a rally outside the house of Senate Majority Leader Mitch McConnell, R-Ky., in Louisville, Ky., Saturday, Sept. 19, 2020.(AP Photo/Timothy D. Easley)

“Each plays a slightly different role in the network, but all share the same basic functions – sponsoring pop-up groups (also called 'projects') and paying out grants to other left-wing nonprofits,” the CRC's report says. Those pop-up groups are often activist websites that can “pop up” one day and disappear the next, allegedly to give the appearance of grassroots campaigning for a political cause.

The Sixteen Thirty Fund pushed back on its description as a "lobbying shop" for Arabella, adding that it is "committed to following the current laws to level the playing field for progressives in this election," in a statement to Fox News.

Sunrise Movement and ShutDownDC, which were originally formed to fight climate change, organized a disruptive protest outside Graham's home in Washington, D.C., on Monday.

"We're not stopping," the Sunrise Movement wrote on Twitter after facing backlash.

Banging drums, shouting slogans and flashing lights, dozens of protesters assembled outside Graham’s home in the early morning hours on Monday as Capitol Police tried to keep them off the lawmaker’s property.

Graham was not in Washington at the time and "regrets the disturbance caused to his neighbors," a spokesman for the senator said Monday afternoon.