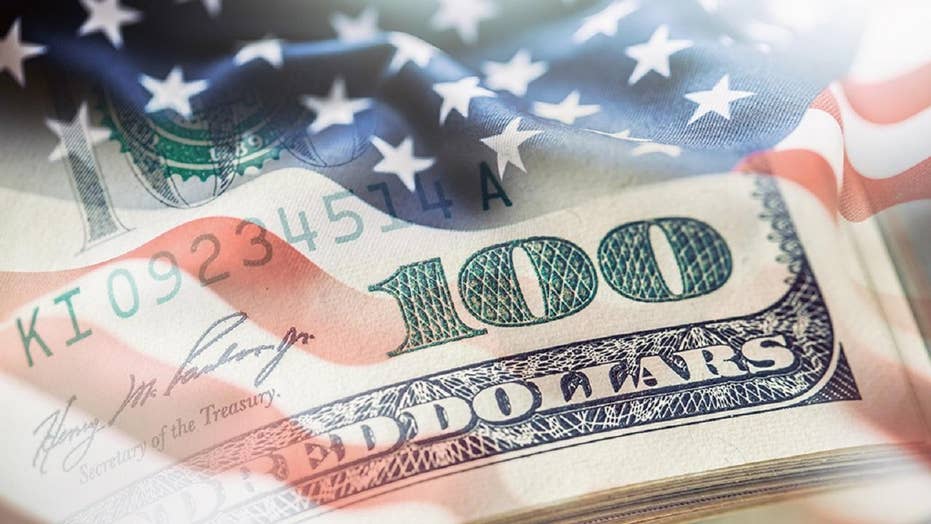 Stephen Moore, a member of President Trump’s economic recovery task force and an economist at FreedomWorks, has a bold idea for how to reinvigorate the economy: abolish the federal income tax, and replace it with a national sales tax.

On the face of it, it may seem like a radical notion especially since essentially all Americans nowadays have grown up having a chunk of their income pulled out by the IRS every year. But Moore notes that the income tax is a relatively new invention in the U.S. -- having only been introduced in the early 20th century.

TRUMP SAYS HE TOLD REPUBLICANS DEMS WOULDN'T ALLOW PAYROLL TAX CUT: 'WE HAVE TO GO ON TO THE NEXT THING'

On the state level, having a sales tax and no income tax is hardly novel, with a number of states having exactly this set-up. But doing so nationally would mark a radical upheaval of the current tax system, and at a time when the U.S. is spending trillions of dollars on stimulus -- although Moore maintains it could raise more revenue than the current system.

Whether such an idea would find bipartisan support is uncertain -- presumptive Democratic nominee Joe Biden has called for increasing income taxes on high earners -- but Moore believes that, at a time when the economy needs stimulating, his plan would be “rocket fuel.”

Moore spoke to Fox News about his plan:

You want to scrap the income tax in favor of a national sales tax. So what would be the advantage of such a move?

And we know this, by the way, because there are nine states in the U.S. that have no income tax ... and those states have much higher rates of job creation than the states that have income taxes. The no-income-tax states include Florida, Texas, New Hampshire, Tennessee, Washington, Nevada, South Dakota and others, they are very high growth states so the states are a good example on why it makes more sense to tax people on their income and their sales rather than on their work.

At a time when America is spending trillions of dollars on economic stimulus and there are calls for higher taxes to pay for that stimulus, what would you say to those who say that scrapping a tax seems counterintuitive? 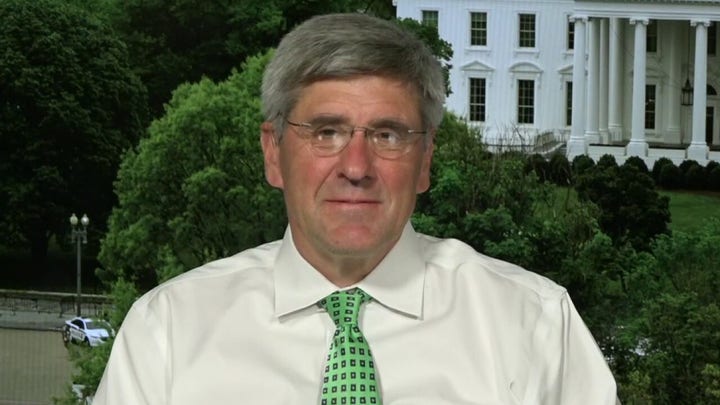 What impact do you think it would have on tax revenue but also on who pays the tax?

First of all the most important thing to get that budget balanced and get the revenues in is to get the economy growing at a very rapid pace, and I don't have any doubt that if we didn't have the encumbrance of an income tax we'd see a very, very rapidly growing economy and when people earn more and spend more, they pay more tax. It’s a very smart way to tax.

Texas and Florida do this, they don't have an income tax and they are able to balance their budgets, so why can’t the U.S. government do it? So this would raise as much money, or even more, than our current tax system, but it would do it in a way that would raise the incomes of Americans.

So it's administratively clean, it's economically smart and it protects our liberties.

Finally, what chance do you think this would have of getting bipartisan support in Washington?

Well, I’ve always said it's going to take a financial crisis for people to realize how sinister our income tax system is. When we started with the income tax 100 years ago the highest tax rate was 7 percent and it went up as high as 70 percent. Joe Biden is talking about a 50 percent tax rate, those are confiscatory levels of taxes, so I think the American people are fed up with the income tax. I'm not saying it’s going to be easy, but I think at some point Americans are going to say 'let's do what's best for the vast majority of Americans.'

By the way, the people who would benefit the most from this plan would be lower-income Americans because there would be more jobs, more opportunities, you could have something called a rebate, so every American would be given a card and your first $20,000 of purchases during a year would be tax-free, so someone living at a poverty level wouldn't be paying any taxes at all. So there are ways to do this to make it progressive, so the rich pay a larger share of the tax.

But my goodness, if it's jobs and growth and prosperity and economic opportunity that we want in America, what better way to do this than abolish the income tax? And don’t forget, by the way, that for roughly the first 125 years of this nation we did not have an income tax until around 1917. So we proved we can grow very rapidly, we started to become a great nation in that era without an income tax, so it's not as if this is some kind of strange idea -- it was really in the heritage of the country from the very start.