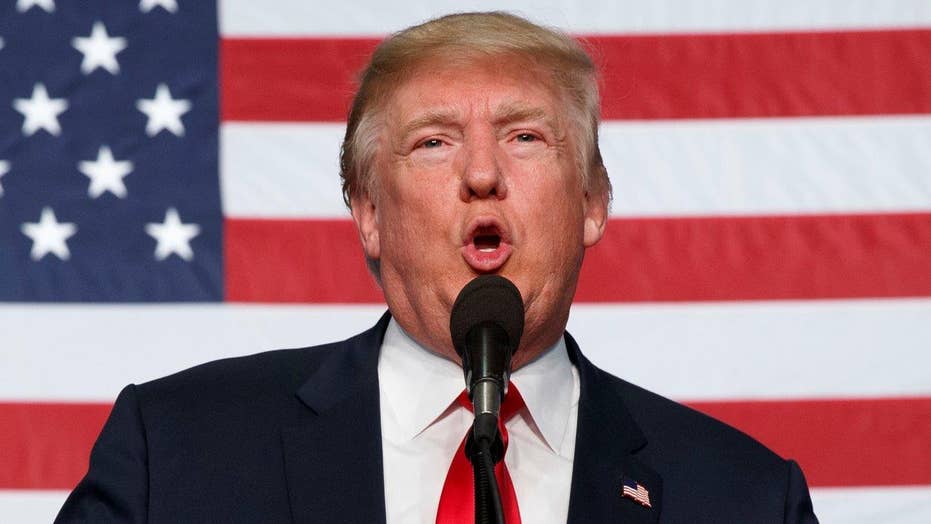 President-Elect Donald Trump’s claim that ballot fraud in certain parts of the country cost him the popular vote is not going over well in the states he singled out.

“In addition to winning the Electoral College in a landslide, I won the popular vote if you deduct the millions of people who voted illegally,” Trump tweeted Sunday.

Officials in those states insisted Monday that Trump’s claim of millions of illegal votes, including ones allegedly cast by illegal immigrants, is unfounded.

“Virginia’s election was well administered by our 133 professional local registrars, with help from hundreds of election officials and volunteers who worked to guarantee a good experience for eligible Virginia voters," Virginia Commissioner of Elections Edgardo Cortés told FoxNews.com. “The election was fair and all votes cast by eligible voters were accurately counted.”

California Secretary of State Alex Padilla tweeted Sunday that Trump’s allegations of voter fraud in California and other states were “absurd.”

“It appears that Mr. Trump is troubled by the fact that a growing majority of Americans did not vote for him,” Padilla said in a statement. “His reckless tweets are inappropriate and unbecoming of a President-Elect.”

“There are incidents of either irregularities or fraud in California,” Dhillon said, specifically citing a report of more than 80 California ballots left at the doorstop of an elderly man just days ahead of the election. “We are woefully behind the times for a state that is home to the greatest tech minds in Silicon Valley.”

There are checks and balances in place to make sure the Golden State’s vote is not manipulated, said Kim Alexander, president of the California Voter Foundation. Every county in the state is required to select one percent of its precincts at random and recount the votes cast in those precincts publicly, by hand, to show that the results match the software-counted results, Alexander said.

“We’ve done this for over 50 years, ever since software was first introduced into the vote-counting process,” Alexander said. “Many counties are in the process of conducting their post-election manual tallies right now and the public can watch.”

Registrar of Voters for Los Angeles County and President for the California Association of Clerks and Election Officials Dean Logan told Fox News in an email that election officials are “frustrated” and voters may well be “insulted” by Trump’s claim.

“Broad brush allegations of voter fraud and illegal voting serve only to undermine the public’s trust and confidence in the elections process and run the risk of further deflating voter participation,” Logan said in a statement.

New Hampshire Deputy Secretary of State Dave Scanlan said that while the Granite State has seen no evidence of voter fraud this time around, officials acknowledge there are individual instances.

“This is nothing that we haven’t already heard in New Hampshire,” Scanlan said. “There are perceptions out there similar to what the president-elect expressed, and perception is very important for New Hampshire voters.”

Like California, New Hampshire has instilled safeguards in the election process, including requiring every voter to register with an elected official in person. That process requires an ID check or, for those without identification, a verification review by the state attorney general’s office.

“We don’t view President-Elect Trump’s statement as a negative, but think it will probably generate a healthy discussion in front of our state legislature come January,” Scanlan told FoxNews.com. “We don’t think his comments are going to hurt the overall election integrity in the state of New Hampshire.”

Questions about the hotly contested vote are not confined to Team Trump. Clinton’s team is supporting Green Party candidate Jill Stein’s effort to have Michigan, Pennsylvania and Wisconsin conduct recounts. But it is out of the norm for the declared winner to cry foul, said Neil Levesque, executive director of the New Hampshire Institute of Politics.

“It’s unusual because the victor doesn’t usually say there was fraud after an election because usually, the victor will say it was a fair election and that’s why they won,” Levesque told FoxNews.com. “You don’t win the Super Bowl and then claim the referees were corrupt.”