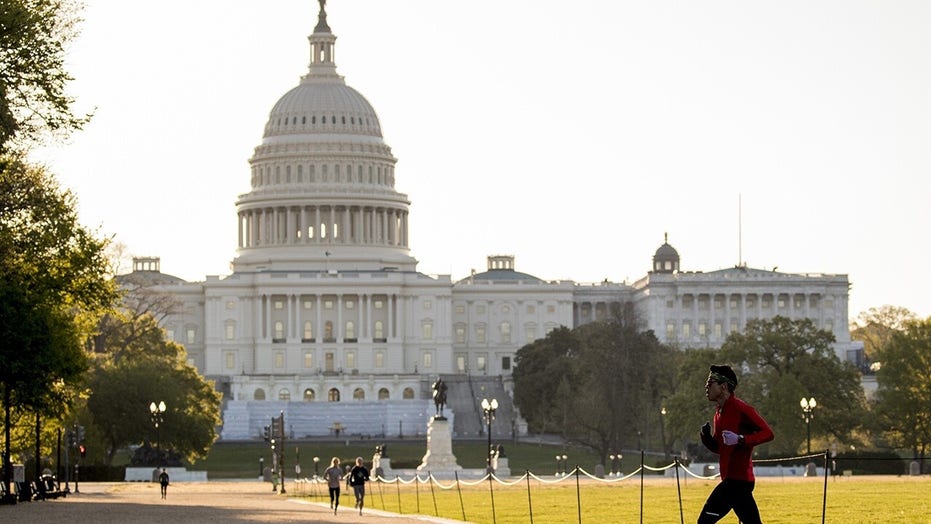 A $484 billion relief measure for small businesses, hospitals and testing heads to the House after passing the Senate; Mike Emanuel reports from Washington on what lawmakers are saying.

State and local governments across the country are expecting to lay off workers in the near future, lamenting that a new stimulus bill is not providing them with additional funds.

Governors and Washington Democrats had called for federal aid to states in the bill currently being debated in the House, despite last month’s CARES Act providing $150 billion for state and local bodies dealing with the coronavirus pandemic.

“Without this relief, states will be confronted with the prospect of cuts to essential services,” Maryland Gov. Larry Hogan and New York Gov. Andrew Cuomo -- who lead the National Governors Association -- said in a joint statement last week, in which they called for $500 billion in federal assistance to states. “This will make it that much harder to have a strong economic recovery, which is a top priority for the president and for all of the governors.”

Los Angeles already is forcing city workers to take 26 days of unpaid leave— the equivalent of a 10 percent pay cut — over the course of the next fiscal year. Detroit is also facing significant layoffs and furloughs.

Hamilton County, Ohio Commissioner Denise Driehaus announced Wednesday that 240 county employees had to be furloughed, and senior officials still working in the county are taking pay cuts as well.

New Jersey Gov. Phil Murphy claimed in a Wednesday briefing that he will have to make “draconian cuts” without federal assistance.

“I also cannot be clearer that the choices we will have to make – absent federal assistance – are dire for our state and our recovery,” Murphy said, adding that “without substantial and direct financial assistance from the federal government, the programs we care deeply about and which we will lean on will be at risk.”

States like New York, however, were facing serious financial woes before the coronavirus pandemic even hit. Going into this fiscal year, Cuomo’s state faced a $6 billion budget deficit, the worst in nearly a decade.

Senate Majority Leader Mitch McConnell, R-Ky., suggested Wednesday on “The Hugh Hewitt Show” that states strapped for cash should be allowed to declare bankruptcy instead of getting federal bailouts to help them deal with financial problems.

"Yeah, I would certainly be in favor of allowing states to use the bankruptcy route. It saves some cities," McConnell said. "And there’s no good reason for it not to be available."

McConnell noted, however, that states are likely to agree that bankruptcy shouldn't be the first option.

"My guess is their first choice would be for the federal government to borrow money from future generations to send it down to them now so they don’t have to do that," he said. "That’s not something I’m going to be in favor of."

“Republican Senators: Raise your hand if you think your state should go bankrupt,” he tweeted.

In the meantime, the Department of Health and Human Services announced Thursday that the CDC will be using $631 million from the CARES Act to help states deal with the pandemic and work toward reopening.

Fox News' Tyler Olson, Marisa Schultz, Gregg Re and The Associated Press contributed to this report.