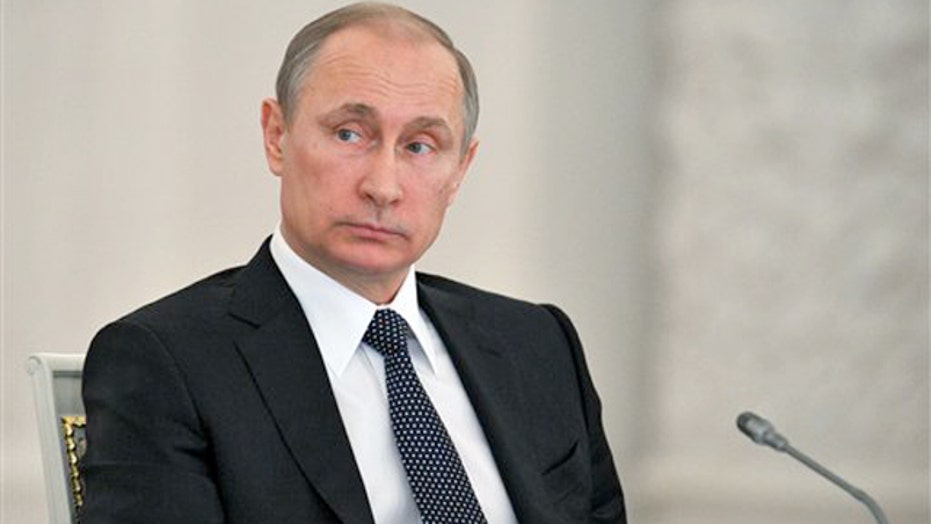 Can anything stop Vladimir Putin's ambition?

New concerns about Russian aggression in Europe and beyond

Russia has recently sent arms and drone aircraft into eastern Ukraine and is massing its troops along the tense border, which raises concern about new escalation in the conflict, the State Department said Wednesday.

Russia has built up its air defense systems to their highest levels since August of last year, State Department spokeswoman Marie Harf said in a statement. Russia has been supporting separatists battling Ukrainian government forces.

Harf said Russia has now deployed more troops and military material on its border with Ukraine than at any time since the heaviest fighting in October.

"After maintaining a relatively steady presence along the border, Russia is sending additional units there,” Harf said. “These forces will give Russia its largest presence on the border since October 2014."

Despite Moscow’s denials of any involvement in the escalating tensions, Harf said Russians and separatists are conducting complex training missions that leave “no doubt” that Russian troops are present in that part of the embattled country.

The cease-fire agreement, which sought to end the months of fighting between the Ukrainian government and the separatists, is being violated, Harf said.

Andrew Weiss, a Russia specialist at the non-partisan Carnegie Endowment for International Peace told the Los Angeles Times, "There is palpable concern in Washington that a brief lull is only temporary."

Weiss said that experts continue to worry that Russia wants to spark more fighting to undercut efforts by the Ukrainian government to stabilize the region. However, U.S. officials remain uncertain of Moscow’s ultimate goals, he said.

Russia decried those actions, calling them a potential cause of destabilization. The United Nations had said more than 6,000 people have been killed since the fighting began last April in the Donetsk and Luhansk regions.