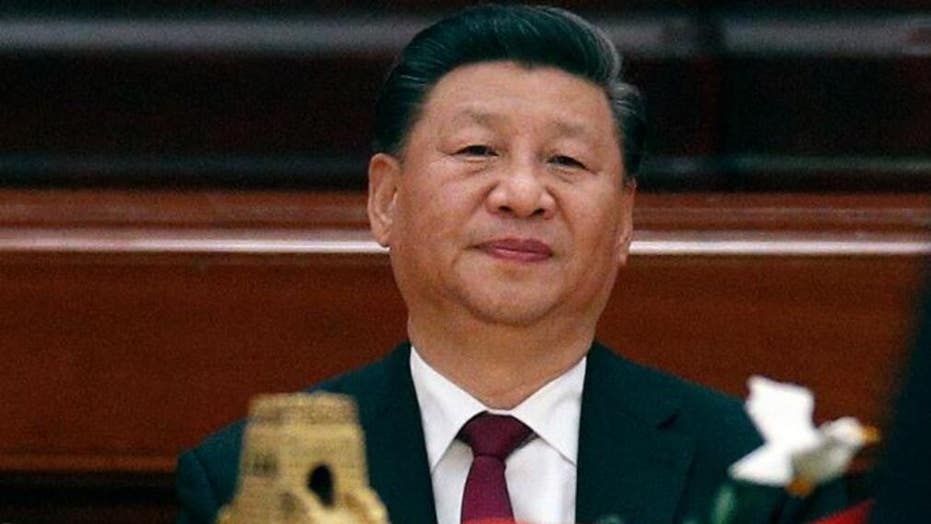 Attorneys general for 18 states have signed a letter asking bipartisan leaders in both the House and Senate to open hearings into China's role in the spread of the coronavirus, accusing the nation of "layers of deceit" in a coverup of the severity of the virus while it "wreaked havoc" in the U.S.

"Congressional hearings are critical to our nation's understanding of the origins of COVID-19 and efforts by the communist Chinese government to deceive the international community," the letter read.

The letter also slammed the Chinese government based on publicly reported actions indicating it knew how dangerous the coronavirus was in the early stages of the outbreak but concealed the severity.

"Recent reports suggest that the communist Chinese government willfully and knowingly concealed information about the severity of the virus while simultaneously stockpiling personal protective equipment," it says.

"These layers of deceit began last year with the censoring of Chinese health officials and the muzzling of Taiwanese complaints," the letter continues. "The cover-up continued with the expulsion of media outlets and the proliferation of Chinese propaganda targeting the Western world. This propaganda campaign has spread disinformation about the United States and has included the suspicious gifts of drones to state, local and federal authorities as well as 'educational' grants to American universities connected to the Wuhan Institute of Virology." 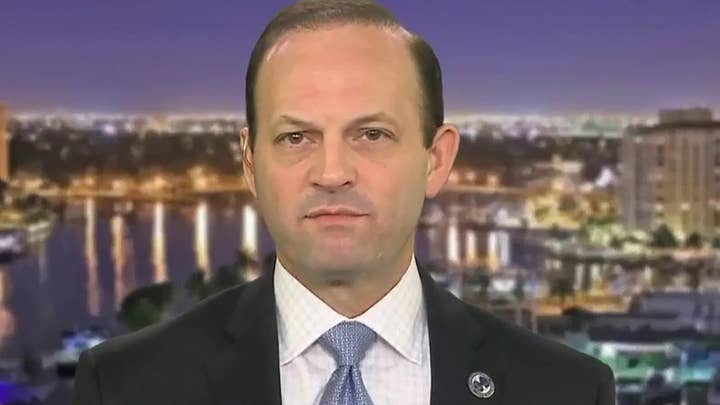 The letter also cites the "tens of thousands" of deaths in the U.S. caused by the coronavirus, as well as the economic hardships caused by the response to the disease.

All 18 attorneys general who signed the letter are Republicans, which continues a pattern of rhetoric aimed at holding China accountable for the coronavirus coming largely from the GOP. Louisiana Attorney General Jeff Landry suggested Democrats are not taking a similar approach out of disdain for President Trump.

"Unfortunately many in the Democratic leadership hate the president more than they love the country," Landry said. "And it is unfortunate. It is disappointing that they would not join us in holding those people accountable."

But Wilson, who organized the letter, said it was largely shared among Republicans for the sake of quickly getting it sent to Congress and that he welcomed Democrats on this issue.

Louisiana Attorney General Jeff Landry was one of 18 attorneys general to sign a letter asking Congress to investigate China's role in the coronavirus pandemic. (Jeff Landry)

"We wanted to get this letter out as quickly as possible. Obviously it was circulated as quickly as possible within our caucus, but it is not exclusive of Democrats. I know that many Democratic AGs have questions much like we do," Wilson said. "We would certainly ask our Democratic colleagues to join us and I'm sure that many of them have the same questions that we do... I don't want the letter to be viewed as a partisan letter because in the letter we're not out there attacking anybody on a partisan level. We're Americans, and we want to know what China did that led to this pandemic."

Missouri has already filed a lawsuit in federal court against the Chinese government and a number of other entities associated with the Chinese government, and multiple states are considering similar action. Wilson and Landry each said they were considering potential legal action against China as one option on the table. Arkansas Attorney General Leslie Rutledge says her office is most concerned about saving lives in her state right now, but says she hopes congressional hearings will create a reliable factual record for such lawsuits or other actions against China.

"It is important we have information from China and whether or not they did, in fact, know of [the virus'] ability to spread and how fast and the impact, as well as whether or not China was, in fact, hoarding that personal protective equipment that has become so scarce in the opening months of dealing with this pandemic," she said. "That's why it is important that we are calling on Congress to investigate so that way we may have more facts to determine what liability, if any, should be placed on the Chinese government."

There are also at least seven private lawsuits against China over the coronavirus that have been filed in federal courts.

The lawyers in one of those cases recently filed an amended complaint that not only added dozens of named plaintiffs to the suit, but also includes information about an alleged cover-up sourced from a report by a Chinese scientist with a history of being critical of the nation's communist government.

Among the updates to the suit were allegations that China's high-tech disease reporting system was ineffective in flagging the coronavirus in its early stages because "the Wuhan doctors and hospitals were forbidden from entering the information, and the doctor-controlled Chinese CDC was overridden by the CCP [Chinese Communist Party] controlled WHC [Wuhan Health Commission]."

The actual origin of the virus continues to be under investigation, with officials probing whether the virus jumped to humans at a wet market or escaped from a nearby lab where it was being studied.

Wilson on Sunday teased further action by states in relation to the coronavirus and China's alleged role in exacerbating the pandemic.

"A lawsuit is one way to do it and that is fantastic. And if these lawsuits are successful that is going to be wonderful. But at the same time, I don't want to have a narrow view of how to respond to this. I don't think we should throw one line in the water so to speak," Wilson said. "I know that there are a number of legal issues at the state and federal levels that attorneys general are exploring and other letters to Congress. There are going to be other actions taken by states, I'm sure, in the not too distant future."